Researchers of the Computer Science and Artificial Intelligence Laboratory (CSAIL) at the Massachusetts Institute of Technology (MIT) are currently working on a new self-driving wheelchair for increased independence and mobility. Currently, the research team is testing the wheelchair on campus in a real-world setting, where students wander by in groups, deep in conversation or face down in their smartphones.

Wheelchair users were, however, not who the researchers initially had in mind when starting the development. In fact, the initial reason for developing the chair was to test a technology that is hard to test using autonomous cars in the busy streets of Boston – for obvious reasons. The chair features the same Light Detection and Ranging (LiDAR) sensors that MIT is using on their full-sized cars. The wheelchair thus provided an opportunity to test ideas on a smaller scale, involving significantly less risk. The fact that the wheelchair could have real world benefits for people with reduced mobility is thus considered “a happy coincidence”. 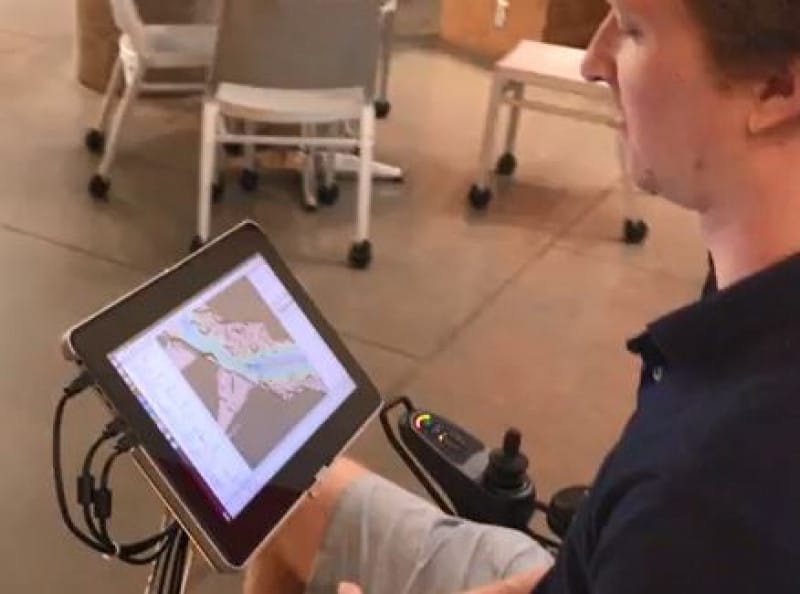 But the self-driving wheelchair has also sparked interest in the research community, with researchers planning to conduct research specifically on the chair. Results of early studies, such as the testing conducted at Changi General Hospital, Singapore in September 2016 are promising but there is still much work to be done before the self-driving wheelchair will be cruising unsupervised without any kind of human pilot.

Personally, I find the thought of autonomous cars quite scary. I’m very uncomfortable with the loss of control, especially because I believe that certain traffic situations will always require human judgment. Somehow I feel similarly about autonomous wheelchairs, especially for outdoor use, but I can see them working very well in someone’s home or a hospital setting for example. But maybe I’m too cautious? What do you think about a self-driving wheelchair?