Franklin D. Roosevelt: The Strong Man In The Wheelchair

An exceptional president for extraordinary times

How many world leaders can you name who currently hold or held office while having a physical disability? Today we will talk about one of them: Franklin D. Roosevelt.

Franklin D. Roosevelt was the 32nd president of the United States from 1933 until his death in April 1945. He was an exceptional president in many aspects as he was elected during the Great Depression and he fought and won World War II. He is also the only president in the American history who served for more than two terms: he was elected for four terms and was president for twelve years before he died. Today we focus on him being a president with a disability. 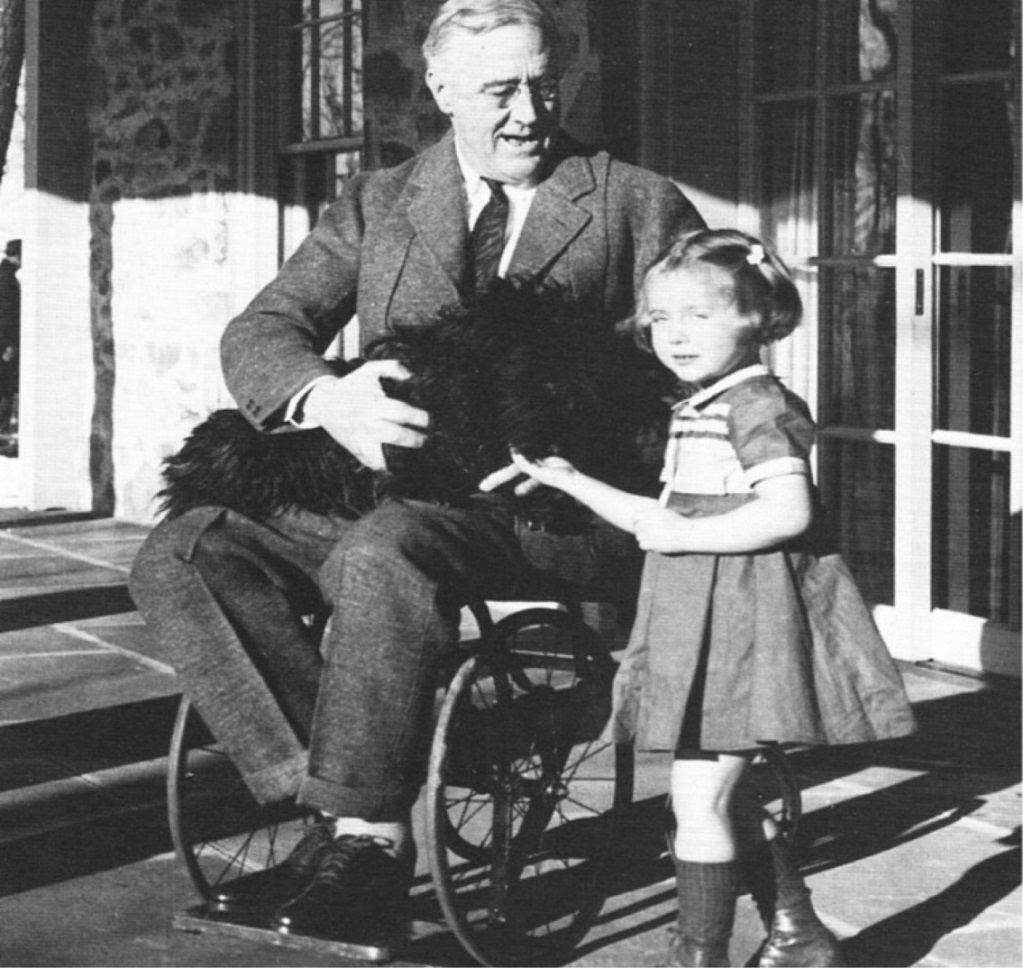 A rare picture of Roosevelt in his wheelchair.

The president with a disability

Roosevelt’s disability is believed to be either a result of a severe bout of polio or a Guillain-Barré syndrome in 1921, at the age of 39. The disease led to his loss of full mobility in both legs and weakened strength in his right hand.

For the next seven years, Roosevelt decided to remove himself from political life in order to start his rehabilitation process at his home in Hyde Park, New York. Unfortunately, it was successful only to a certain extent due to the lack of the treatment and rehabilitation options available nowadays. However, he managed to walk for a short distance using metal leg braces.

Particularly by his wife Eleanor, Roosevelt let himself be convinced to go back to politics. In 1928, he was elected as the Governor of New York. In 1932, he won the presidential election and became the first US president known to have a severe physical disability in history.

The president with skills and tricks

During his presidency, Roosevelt insisted to hide his wheelchair use from the public, despite most US citizens were sympathetic to his condition rather than embarrassed having a president with disabilities.

According to various sources, the White House had requested the media not to capture the president as “disabled or weak”. In general, journalists respected this request but there were also situations when Secret Service agents had to demand journalists to destroy any pictures taken with Roosevelt in a wheelchair.

Roosevelt even developed some tricks to cover his disability. For example, at public appearances he pretended to walk by holding on to his son or an adviser, carrying a cane in the other hand, and swinging his legs forward. Furthermore, historian Hugh Gregory Gallagher wrote that “Roosevelt was able to stabilize himself in a standing position at a podium only by firmly gripping the podium and thrusting his pelvis forward so that his hip joints were hyperextended. Except in this position, he ran the risk of buckling at the hips and falling.” 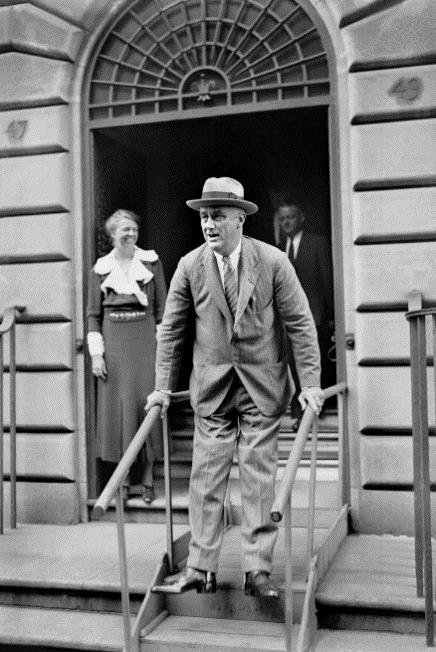 A photo of Roosevelt in September 1933 when he has suffered from paralytic illness for over ten years already. (Source: Getty Images)

The president with a mystery

The reasons why Roosevelt would like to keep his disability low-key are still mysterious. One explanation is that he was ashamed; another is that he wanted to protect the American position during the Second World War and to avoid the Nazis using his image as a propaganda against the Americans. A third one, which is also my point of view, is that he as a politician wanted to protect his image as well as keeping his role as the president.

Before Roosevelt, Woodrow Wilson, the 28th president of the United States, was discovered to have kept his extended illness and long-term disability in secrecy for at least months. Back then, there were no constitutional guidelines on how the presidency should be handled upon the president’s disability which leads to difficulty in fulfilling his duty. It was Wilson’s wife, Edith, who stepped in and took over Wilson’s duties during his time of recovery.

Wilson eventually finished his term. However, this incident has certainly made aware the ambiguity of the US Constitution regarding a president’s disability. It was also uncertain how people would accept yet another president with disabilities. This may explain why Roosevelt was exceptionally careful with his disability image.