Musicians on a wheelchair

Some people simply live for the music, and no matter what happens, they rock on!

„Be challenged, challenge those around you… because CHALLENGE creates amazing results… BELIEVE ME. I KNOW!“

The man who said this was the American singer Teddy Pendergrass, who sold millions of albums during his thirty years long career. In 1982, he had a car accident, which left him quadriplegic. Three years after the injury, “the black Elvis” returned to the stage for a historic concert in front of a live audience of more than 99,000 people and an estimated 1.5 billion (!) television viewers. Teddy died of cancer in 2010, but his wife completed his vision by founding the Teddy and Joan Pendergrass Foundation, aiming to encourage and assist people with spinal cord injury.

Today, we present you with stories of some musicians in their wheelchairs who simply rock like Teddy!

“It’s a damn good life. Even when it’s terrible, it’s all right.”

Eric Howk is what people call ‘a rocker’. His passion for guitar is obvious. For him, being a musician is more of a calling than a job. 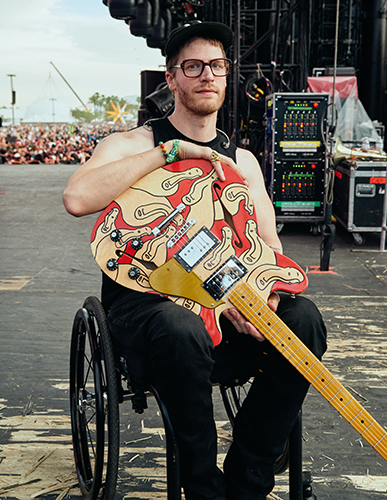 Eric Howk was born and raised in Wasilla, Alaska. At a young age he started playing for a band called “The Lashes” from Seattle, which was quite successful in the pop-rock panorama. In 2007, he was about to leave that band to join his friends, Gourley and Carothers, from the band: “Portugal. The Man”.

The same year, Eric fell from a 3.5-meter height which left him with a T4 spinal cord injury. Before starting rehabilitation, his friends surprised him by setting up a recording studio in his room at the trauma center. In 2015, Eric finally joined the band officially and became their lead guitarist. In 2017, the band became world famous with the song “Feel It Still”, and in 2018, the band won a Grammy Award.

Portugal. The Man with their world hit “Feel It Still”

“I try to shine a little light on the darkness; it’s always there, and it’s within all of us.”

Gabriel Rodreick grew up playing the piano in Minneapolis, Minnesota. At the age of 15, he had a diving accident, leaving him with C5 quadriplegia and very limited hand function.

Three years after the accident, Gabriel re-entered the music world, singing for the funk band “Treading North”. He even found his own way to play the piano again, using the eraser of a pencil attached to his wrist brace.

Later on, he started his solo project as “Freaque”. He names the music he creates there as “dirt folk”, in which he uses his deep and gravelly voice to sing stories about darkness, anger, sadness, and loss. His voice is accompanied by his piano lines and other musicians' guitar and percussions, creating a very particular atmosphere to his music.

On Christmas Eve, 1999, at the age of 24, she had a car accident and lost the mobility of her legs with an incomplete T12 fracture. This, however, has not stopped her from doing everything she wanted to do. Kebra calls herself an “inspirational contemporary gospel singer“ and creates songs that are uplifting. Several of them were nominated for awards. The song “He’ll Make a Way“ became part of the soundtrack for a documentary on former U.S. President Barack Obama called “Becoming Barak.“ 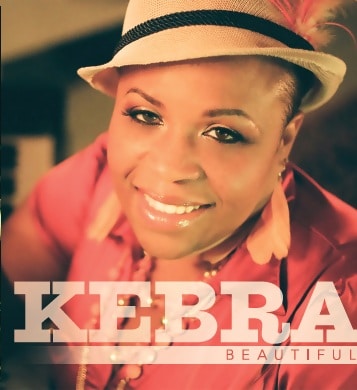 Being very active also outside the music world, Kebra has become a motivational speaker on events all around the U.S. and won the title “Ms. Wheelchair Mississippi 2013“. She also became a fashion model “to show women that they still were beautiful in their wheelchairs. I wanted them to see that they could have style and fashion.“

Kebra assigns her strength to God, she says: “I believe God’s purpose for me has been that I live in a wheelchair and be the individual who motivates people and inspires them to be all they can be.“

Music video of the song "Beautiful" by Kebra Moore 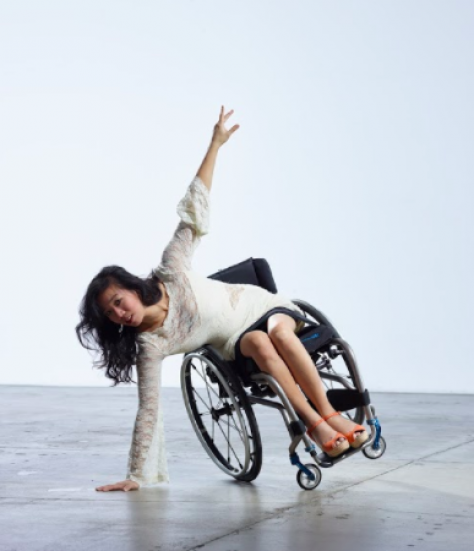 Carina Ho from Oakland, California, became a singer and pianist after a car accident which left her paraplegic at the age of 26. She channelled all her frustration and anger into her music project that, according to her, “tells a more universal story of loss, grief, and rediscovery of one's inner badass.“

Under her stage name ONIKHO, she mixes her background in jazz, classical music, and blues with electronic sounds and beats. However, her music is not only about sound; the dance and visual impression are essential parts of it. In fact, in her videos it is common to see Carina dancing in her wheelchair.

The last talent of this short list is maybe the most impressive one. Gaelynn Lea Tressler was born with osteogenesis imperfecta, a genetic disorder that mainly affects bones and limbs.

However, this girl from Minnesota was also born with a peculiar fighting spirit. Originally, she had planned to become a lawyer and disability rights advocate. Her passion for music, however, was too great so she decided to become a singer and violinist. Her experimental style finds similarities with folk and Celtic music, giving her a pretty unique music signature. Touring in 45 U.S. states and nine countries, she has captivated audiences around the world.

Between her concerts, Gaelynn Lea uses the opportunity to talk about sexuality, accessibility in the music industry and the use of art to overcome physical limitations. For example, she gave a TEDx Talk at Yale University.

Music video of “The Long Way Around” by Gaelynn Lea

How about you: Do you make music or have you dreamed of becoming a musician? Who are your favourite artists?