Do you still remember how you met your first friend with spinal cord injury? Did it feel like you’ve finally met someone who can truly understand you, or someone whom you can relate to?

Ricardo Velasquez and Namel Norris are two young men living in the US. One day, Namel’s mother spotted Ricardo next door. She approached him and asked if he could be Namel’s friend. Ricardo agreed and swapped phone numbers with her.

A mother helped her son to find new friends – does this sound weird to you? Maybe it does. But Namel’s mother had her reason: Namel sustains spinal cord injury (SCI) and so does Ricardo. Despite owning no guns, they have become both victims of senseless gun violence. 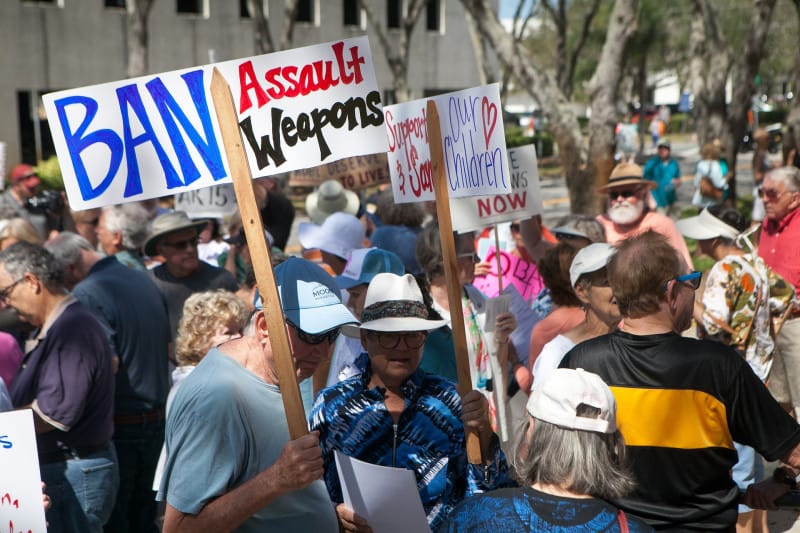 Distressingly, acts of violence like gunshot accidents rank third in causes of SCI in the US.

According to the US National Spinal Cord Injury Database, acts of violence rank third in causes of SCI in the US, and gunshot accidents are the top violence act causing SCI. Between 2010 and 2018, gunshot wounds account for 12.2% of SCI in the country.

After the gunshot accidents, lives for the two young men were never the same again. Ricardo recalled his experience after the injury,

“The most difficult part was seeing how people pulled away from me – friends, family members. It’s not fair.”

Namel shared similar experience as well. His mother also noticed the situation, which really upset her. Therefore, when she spotted Ricardo next door in his wheelchair, she just couldn’t resist and approach him, hoping that her son would finally have friends again.

At the beginning, Namel was doubtful about this new friend his mom found him. Eventually, he decided to meet Ricardo. Luckily, he did because they shared similar passion and goals about hip-hop. In 2006, when Namel finished his degree, he and Ricardo finally started to work as a hip-hop duo named “4 Wheel City”. 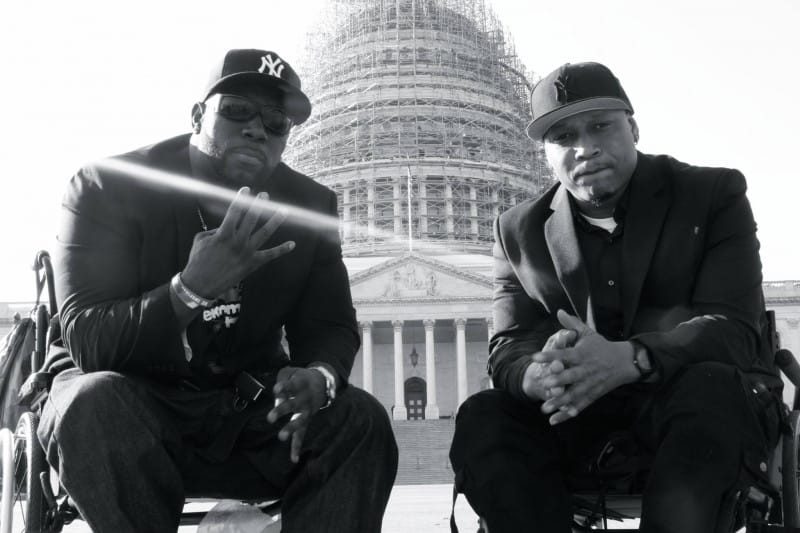 4 Wheel City posed for a photo while attending a disability and inclusion event at White House in 2015. (Source: 4 Wheel City's Facebook)

Over the years, 4 Wheel City has been creating their own music and giving motivational performances at schools, hospitals, rehabilitation centers and so on. The two rappers have a mission: “guns down, four’s up”, symbolized by four fingers which stand for a promise to “inspire, educate, advocate, and entertain”.

In 2016, 4 Wheel City initiated “The Welcome to Reality Tour” with the support of the NYC Spinal Cord Injury Association. Reaching out to school kids through music, the hip-hop duo advocated the importance of preventing violence and SCI – for example, by finishing school and making the right choices. Two “bad boys” with good messages.

Their tour has received positive feedback. Many young people with SCI feel motivated again listening to their music and sharing. These young people finally find someone they can identify with, start to open up about their frustration and seek help for their trouble. This is the outcome 4 Wheel City has aimed for, and such outcomes have also helped the two rappers get back on track with their lives.

Their engagement and the topics of their songs go beyond preventing violence and use of guns: they rap, for example, about problems people with disabilities often have with public access. Check out this video:

4 Wheel City hopes to reach out to people with disabilities not only in the US but also worldwide. They said they want to be recognized for their art, not only their wheelchairs. Ricardo shared,

“Just because you have a disability, that doesn’t mean that your life is over. We want to inspire other people to go ahead and do things. It doesn’t have to be music. It can be anything that you have a passion for, or maybe you had it before and you thought you lost it due to your disability.”

According to him, having a lot of doubt when you have a disability is normal – and especially when you hear people say to you, “Oh you can’t do this, you can’t do that.” He suggests that people with disabilities should put their mind to whatever they want to be or do. In this way, they will eventually prove others wrong by achieving these “impossible” goals. 4 Wheel City is one good example.

Has SCI changed your circle of friends, hobbies or interests? What are your ways to cope with such changes? We wish you many nice new experiences with your families and friends in 2019!