The Man Who Rolls Blindly

Today is the 3rd International Day of Spinal Cord Injury (SCI Day). For this reason, in the Community we portray a man with SCI who is committed to the cause of people with SCI: Mark Pollock.

This man has three lives. He’s blind and paraplegic. Here’s how Mark Pollock lives on, again and again.

First life: blind in one eye 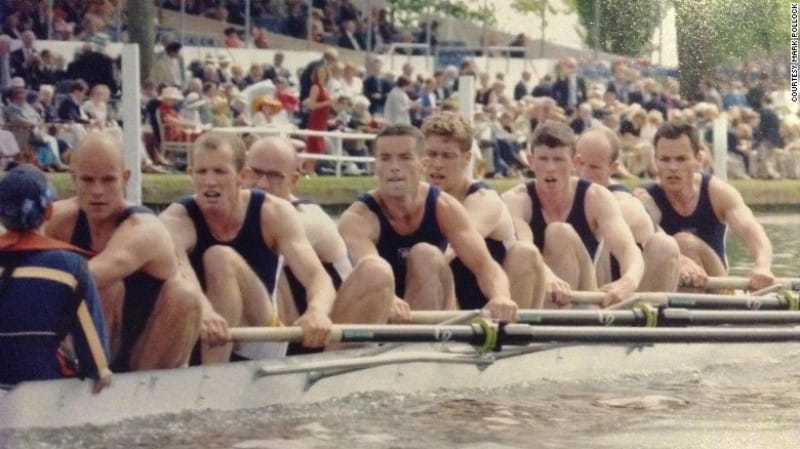 Pollock (first from left) was captain of the Trinity College Dublin rowing club.

Born in Northern Ireland, Mark Pollock lost vision in one eye at the age of five. Losing vision in one eye means he couldn’t do contact sports like rugby or hockey, which many children would love to. But that didn’t stop him from doing other sports. He soon indulged himself in rowing and sailing.

Mark later studied at Trinity College Dublin, the top university in Ireland, and there he had a promising university rowing career. His life was rather okay until he was 22, when his “first life” ended.

Towards the end of his time at college, Mark’s vision started to worsen. Eventually, he lost his vision completely.

While struggling to adapt to his new life with complete blindness, Mark rebuilt his identity for his “second life”, and rowing played a major role in it.

Three years after his blindness, Mark got back into rowing and that’s where he found his confidence again. This confidence continued to grow and led him to multiple ultra-endurance races across deserts and mountains. 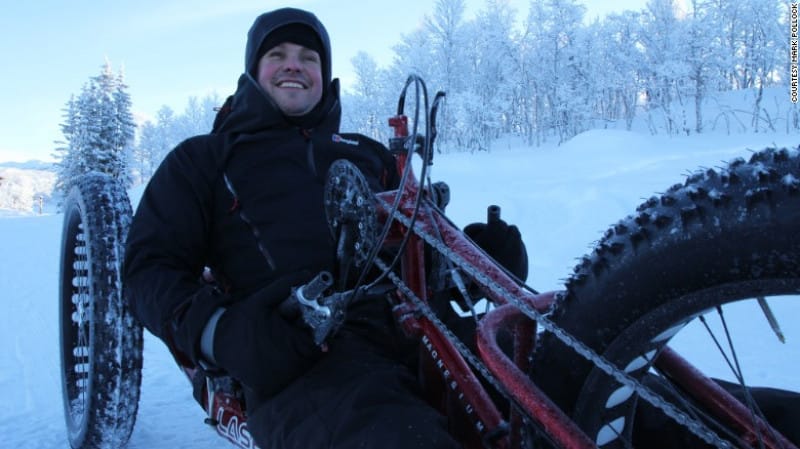 Pollock was the first blind man to reach the South Pole.

In 2009, 10 years after his blindness, Mark accomplished yet another challenge: reaching the South Pole. He and his team joined the South Pole Race, trekked 770 kilometers for over 43 days and experienced minus 50 degrees Celsius. The team arrived at the South Pole 22 days after their journey started. Mark became the first blind person to reach the South Pole!

When being asked how he managed to accomplish such an extreme challenge, Mark said, “all I was trying to do was replicate what I had done before I lost my sight, that is push myself to my limit, that is sport…” (extract from User1st’s Spotlight interview).

As a person who’s been through this much, Mark knew how to approach challenges without a doubt until 2010, when his “third life” began.

Third life: being blind and paralyzed

“…sometimes we choose our challenges and other times challenges choose us.”

In July 2010, Mark was once again chosen by a new challenge. A fall from a second story window severely damaged his spinal cord and left him paralyzed from the waist down.

For the past years, Mark has been telling people in numerous talks,

“…focus on the decisions that we can control rather than the external factors that we can’t.”

Despite his many experiences and success to cope with challenges, Mark did have doubt after the spinal cord accident. However, as a person who likes to deal with facts, Mark managed to overcome his challenge once again.

Believing that one person isn’t enough to make things happen in science, Mark now manages the Mark Pollock Trust to raise fund for finding and connecting people around the world to fast-track a cure for paralysis. Within five years, he has already raised enough funds to achieve multiple milestones across the world. One of them is that he was the first completely paralyzed man who could voluntarily move his legs in a robotic exoskeleton. More information about the Trust, its activities and research can be found on the Mark Pollock Trust website.

Last but not least, here’s a presentation of Mark sharing his, not multiple disabilities but, multiple possibilities in life:

Can you imagine living with multiple disabilities? How do you bring yourself together whenever you face a new or extreme challenge?