How can persons with spinal cord injury benefit from it?

Many people only know about virtual reality in the context of computer games. Its use, however, can also have a positive impact on physical and mental issues caused by spinal cord injury (SCI).

Over the last few years, various studies on the benefit of virtual reality (abbr. VR) for patients with SCI have been conducted. Some concentrate on interventions to minimize chronic neuropathic pain, others aim at minimizing mental symptoms such as fear, depression and negative emotions. Furthermore, a VR project was developed that is supposed to help wheelchair users to deal with barriers in city environments. The results of this study show that VR could be an effective resource for rehabilitation. However, further research is necessary to better determine its manifold possibilities. 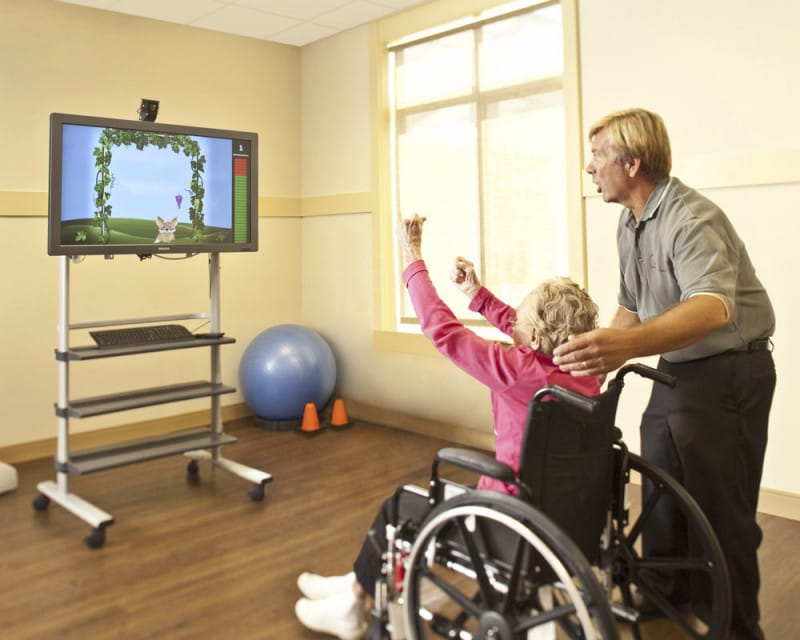 Example of a rehabilitation therapy with virtual reality

The study by Pozeg et al. was carried out with 20 patients with SCI and a control group of also 20 people. Each participant was given glasses for the VR simulation before participating in various VR sessions. During one session, the researchers touched certain areas of the patient’s back while the patient was observing a virtual projection of his legs that were touched simultaneously.

This technique created an illusionary sensation of parts of their body in which they had lost their tactile perception long ago. The researchers wanted to find out, whether the intensity of the patients’ neuropathic pain was thus minimized. Therefore the participants had to rate their pain before and after the simulation. Indeed the results showed that the VR simulation reduced the intensity of the patients’ neuropathic pain slightly. 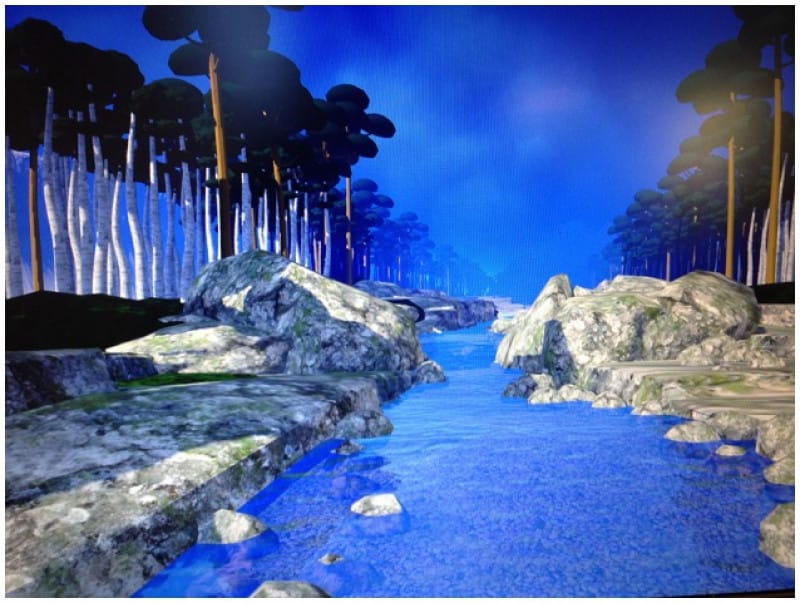 Simulation of floating on a river

In the study by Flores et al. two SCI patients were examined. During this VR simulation, the patients were floating along a river. At the same time, the patients listened to “DBT® Mindfulness Skills” instructions. These were supposed to enable the patients to recognize their emotions, to cope with them and, eventually, to accept them.

Before and after the activity the patients had to assess the degree of their depression symptoms. Afterwards, the participants indicated that they felt less fear, emotional imbalance and depression. However, since only two patients participated in the study, this result has a limited information value. 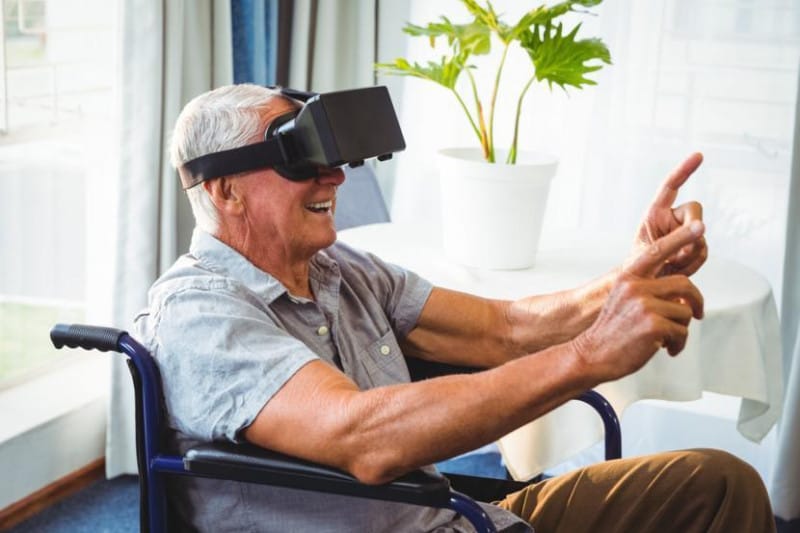 Design project: VR can help move in a wheelchair

Even if the project of a team at Fjord Design is not a scientific study, it is another example of VR being used for rehabilitation purposes. The Fjord team’s goal was the creation of a virtual scene to help wheelchair users to find their way in an unfamiliar city environment.

On the basis of data collected from interviews and online resources, the designers developed a three-dimensional simulation of an imaginary town full of architectural barriers. The participants were thus able to test everyday situations in a risk-free environment and to prepare for how to deal with physical barriers in real life.

The prototype of the project is called “Wheelchair Training Program” and could, if enough sponsors are found, be launched on the market shortly.

Conclusion from the studies

The study results create hope for future rehabilitation therapies for patients with SCI. In fact, they are a great starting point for developing non-invasive therapeutic solutions without harmful side effects. The presented studies, however, were based on small numbers of participants and therefore the results are not conclusive.

Do you have experience with virtual reality? Which emotions did it evoke in you?

Referenced scientific articles and other sources: