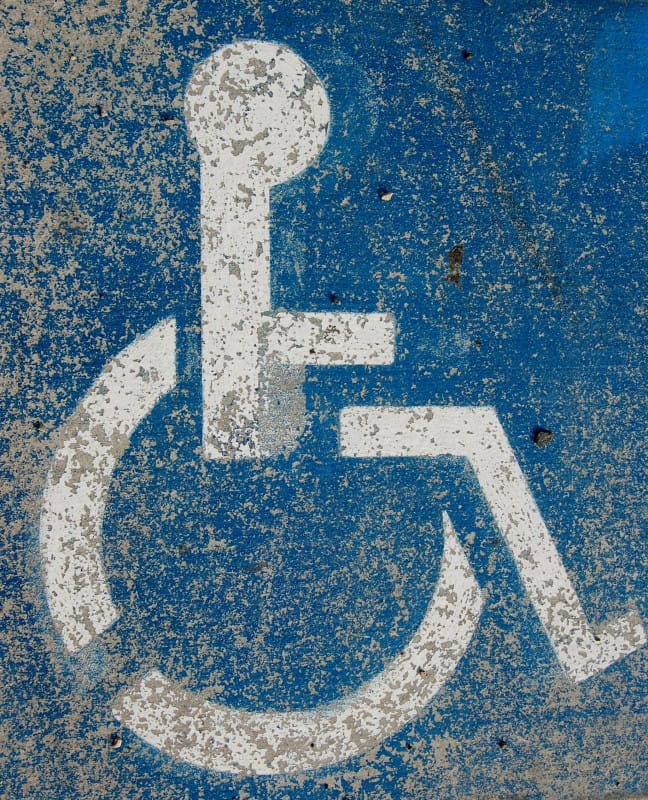 The “International Symbol of Access”: Still up-to-date in the 21st century?

Which one do you prefer?

What is a symbol? What do we need it for? And above all: can symbols become “outdated”?

Symbols are an integral part of a collective conception – a few drawn lines that summarize complex concepts and visualize abstract ideas. The advantage: symbols are universally comprehensible because, unlike for words, no translation is required. Therefore, we have a symbol for almost everything.

Even for disability. A sensitive and multifaceted subject and therefore difficult to find and appropriate symbol. The symbol showing a white figure in a wheelchair on blue background, which was designed by the Danish design student Susanne Koefoed back in 1968, is considered outdated nowadays and not suitable to provide a comprehensive image of disability. Who wants to identify himself with a static and sad guy who is obviously dependent on support from others to move around? A reform was necessary. 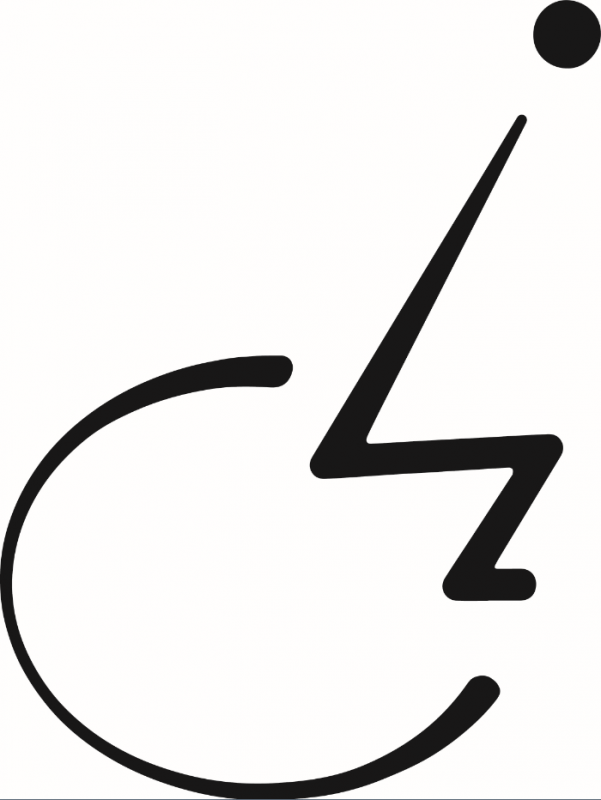 It was a Swiss who took care of it: Rolland Bregy from Valais. In a motor cycle accident in 1982, he lost the ability to use his legs but certainly not his passion for drawing. Therefore, in 2005 he re-interpreted the old symbol new and gave it an energetic and slightly provocative touch: why should wheelchair users not look happy, healthy and active? For his commitment he was awarded the title «Paraplegic of the Year» in 2013. In the meantime, Swiss Paraplegics Association has taken over the distribution of the decals with his symbol.

Abroad the enthusiasm for a new symbol has become a true street art campaign: The Accessible Icon Project. Again, the author was a design student, Sara Hendren, who developed the symbol together with the professor of philosophy Brian Glenney. This symbol is similar to the one by Bregy: not surprisingly, since both had the idea to design a new and more dynamic figure. Therefore, in 2010, most of the old symbols in the City of Boston were covered with graffiti showing the new symbol. A bold move, but one that shows that change is necessary. The symbol became so famous that even WhatsApp included it in its Emojis – check it out! :smileywink: 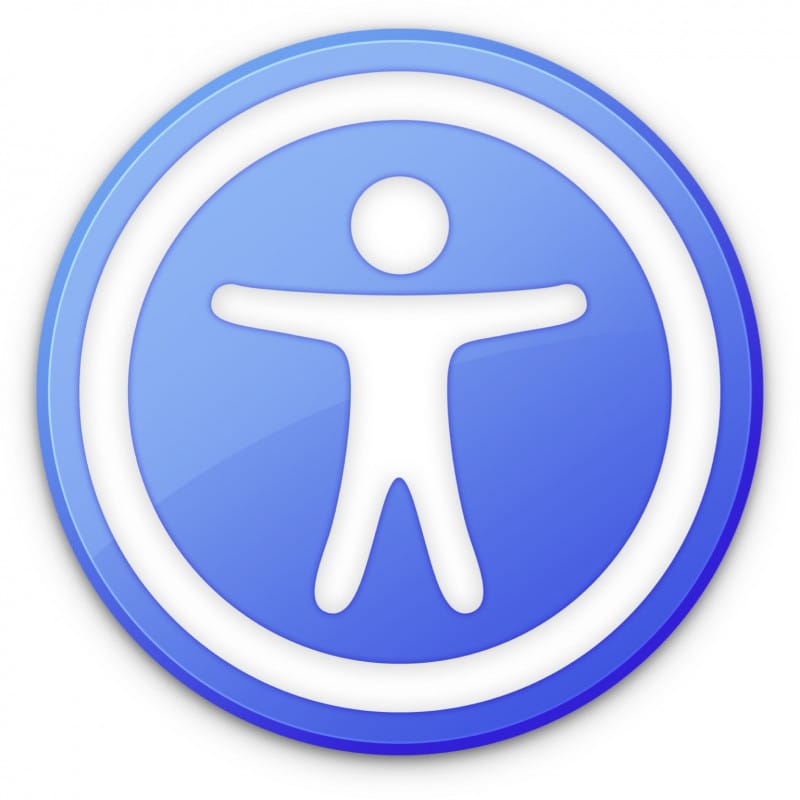 However, less than 10% of the persons with disabilities in the US and in Europe use a wheelchair. Why then was it determined to go for such a non-inclusive symbol? Also, Apple must have asked themselves the question. The company therefore developed its own logo to mark devices that are accessible for persons with disabilities. A neutral symbol similar to Da Vinci’s famous Vitruvian Man. 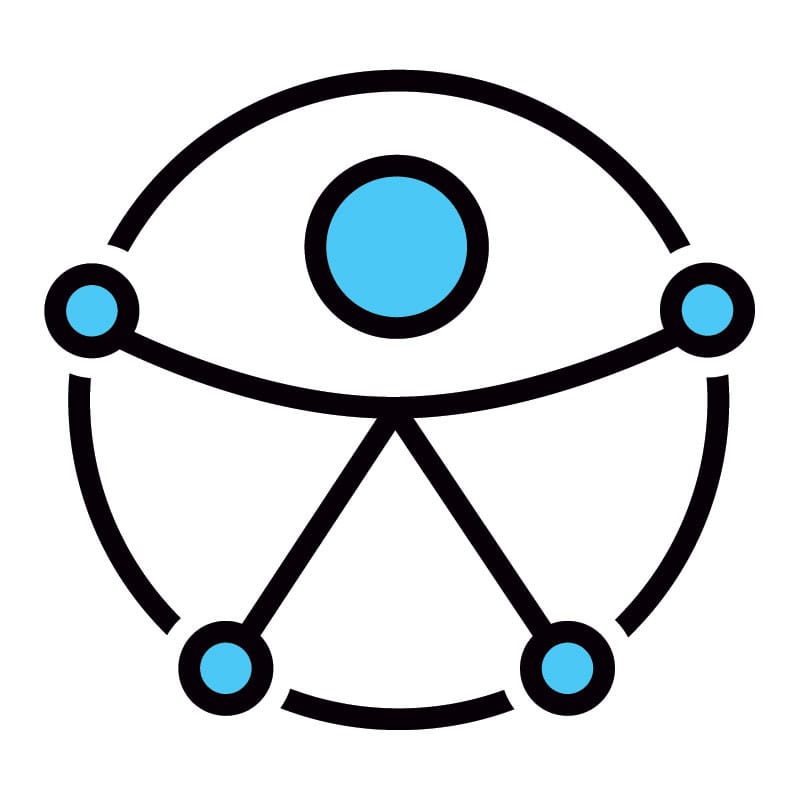 In 2015 the UN had the same idea and suggested a similar variation with the purpose to visualize the inclusion of all persons in society. Ultimate solution found?

Apparently not. Even if their metaphoric value is undeniable, generic symbols leave room for interpretation. And if a symbol requires an explanation, it defeats its purpose. Consequently, discussions about how to best display disability visually are still ongoing. In February 2018, Giulio Nardone, President of the Italian Union of the Blind and Partially Sighted People, presented a pictogram named “meeting point” which attempts to capture the manifold facets of disability in a single picture. After him, others will take up the challenge and attempt to design a symbol representing the ideals of the 21st century: inclusion, autonomy and freedom. 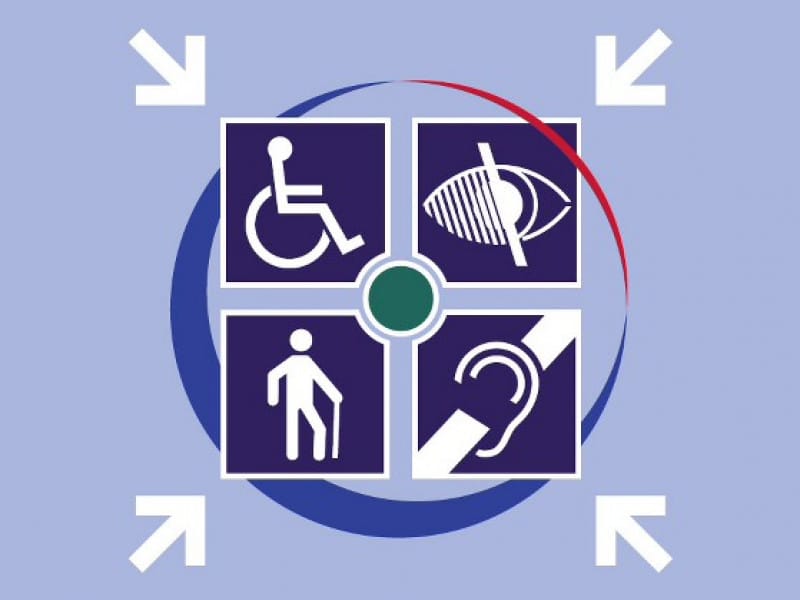 And who knows – possibly it is YOU guys who can best tackle this challenge!

What do you think? Which symbol represents disability best? What would you change?