Paralympics and the Media

In a few weeks, on March 8, 2018, the XII Paralympic Winter Games will start in Pyeongchang, South Korea. For this reason, we will provide an up-to-date overview of how the media coverage of the Paralympic Games has evolved over time – and what it has (not yet) reached.

The media are a key element for the reporting of sport events, such as the Olympics or Paralympics. Where else should we look up the latest results, new world records and information on the various athletes? Whether it is on television, newspapers or online: the media are the essential channel to receive information.

The beginning of the Paralympics and its media coverage 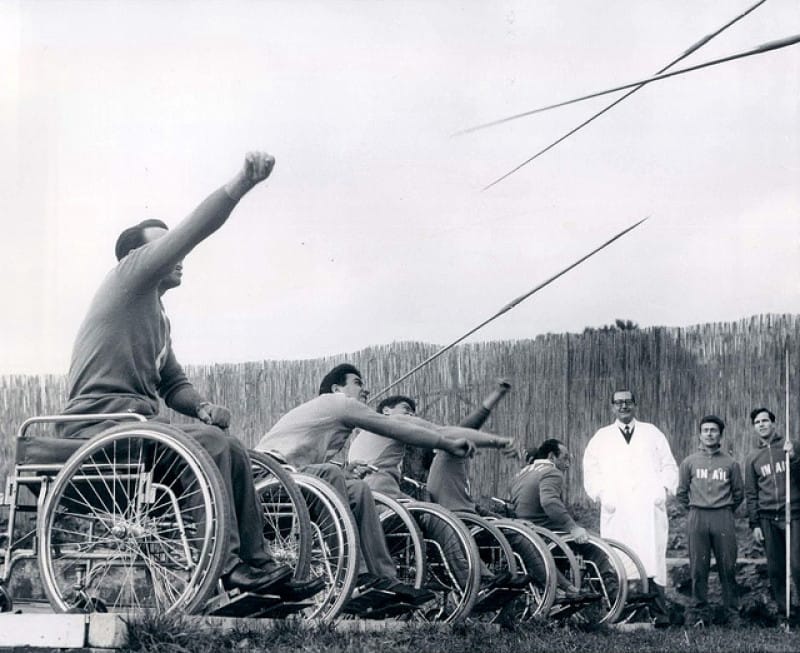 According to Goggin and Hutches (2017), the media have already been reporting on the Paralympics since the 1950s onwards. However, the media began to gain an increasingly relevant role for the Paralympics only with the Games in Rome in the 1960s. But there was a crucial problem occurring back then, and it is still occurring today: even if the Paralympics gained media attention, the articles about this sporting event were mainly found on the society pages, not in the sport section. Moreover, they were mainly written as features and not as sport articles, which amplified the degradation of people with disabilities.

With the technological improvement it was possible to reach a vast audience and cover live sport broadcast, which proved to be very popular and effective. Despite this, the Paralympics still represented a minority. Golden (2003) wrote about the “invisible” minority, which implies also the non-coverage of handicapped sports. The term relates to the medial trend of not covering enough stories about people with disabilities in general, which indicates the notion that disabled people are not fully a part of the society.

To solve this problem, measures were taken to present the Paralympics as a newsworthy, international sporting spectacle. But again, despite these ambitions the way to reach equality regarding this issue was still a long way to go. Throughout time, the Paralympics were facing issues such as parochialism, biases, segregation, patronizing attitudes, as well as insensitive language. Goggin and Hutchins conclude that the Paralympics presented an unfamiliar challenge for journalism back then, leading to “superficial and curious” coverage.

With time, however, the media began to play an important role as outlet for disabled people, not only for disability sports, but also for presenting different perspectives, as well as arguing for equality, rights and justice.

Goggin and Hutchins identified the 2000 Paralympics as the start of groundbreaking changes, as the Games have been presented as major sporting event. For the first time, the media put emphasis on the representation of the impaired participants as elite athletes. This change symbolized the movement away from the stereotyped population of impaired individuals who do not participate in regular and demanding physical activity. Even though there have been noteworthy improvements, the amount of news articles about the event was still low. 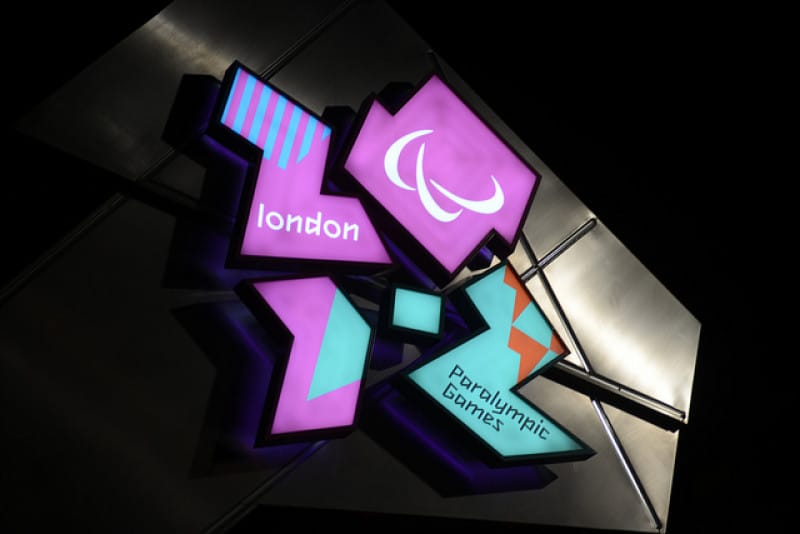 Another grand step towards equality on media reporting have been achieved with the Paralympics in London 2012. This can be clearly seen in the number of stories published across radio, television, print and online: while the media coverage from Beijing, the Paralympics before in 2008, reached 31,986 stories, in 2012 the number almost doubled to 63,343.

Referring to the scientific article of Goggin and Hutchins (2017), there are at least five ways in which media management of the Paralympics had been evolved by London.

First, the Paralympics have been featured as a prominent motif at the Olympics opening ceremony for the first time. During the ceremony, an abridged a cappella version of the British national anthem was performed by the Kaos Signing Choir for Deaf and Hearing Children. This performance highlighted the determination of the organizing committee to present the Olympics and Paralympics as linked events and therefore, using guided media strategies for both events.

Second, the London Paralympics for the first time included social, as well as online media fully into the media enterprise. The digital media helped to reach different communities and audiences. The International Paralympic Committee (IPC) elaborated own digital media channels that achieved an overwhelming response and engagement of sport fans. These channels reached about 270 million people. 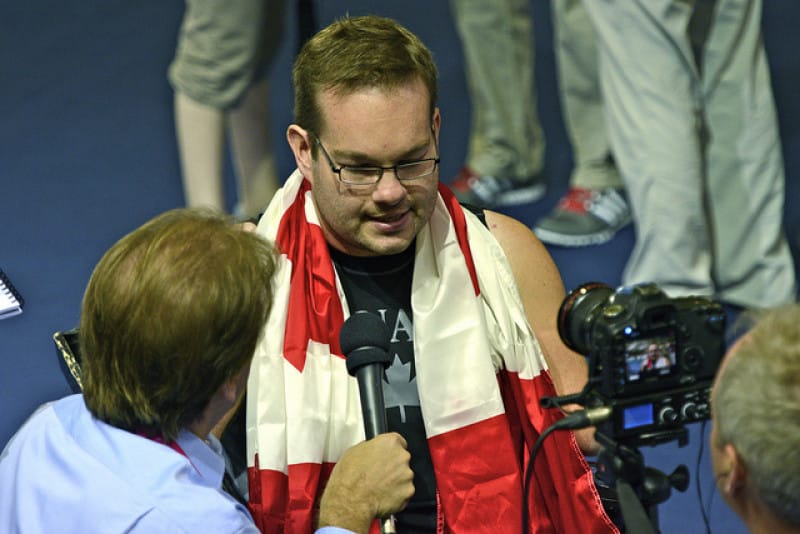 Third, presenting disability sports to a wider audience required substantial effort from the journalists who had to engage sincerely with journalistic practices and perceptions. Media leaders reported that their efforts to support and provide content for these games have become more efficient over the years through learning and adjusting their strategy.

Fourth, due to the experience and exposure that has been provided by London, certain National Paralympic Committees now focus on supporting individual athletes in media communication and presentation. 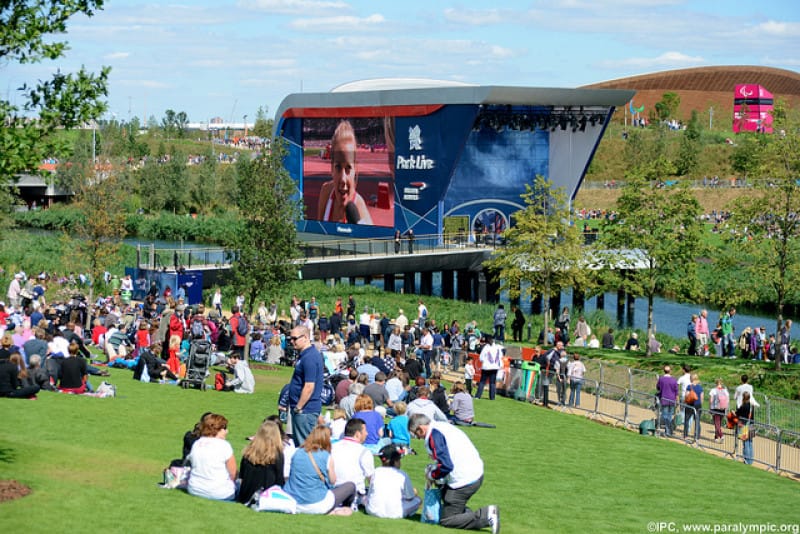 Fifth, the London Paralympics also lead to more attention on the social and political controversies that have been an issue at that time. Disability rights campaigners have been targeting the Games for protest, in order to address the issues of disability, welfare, citizenship and work in Great Britain.

After London in 2012, the winter Games in Sochi 2014 also achieved high media attention. In fact, it was the most watched winter Paralympics until now. Nevertheless, there was a massive step back for the Paralympics: the organizers and the Russian society did not embrace the approach to treat the Olympics and Paralympics as comparably significant. It was seen just as a second-class event to the Olympics. The case of Sochi highlights again the uneven progress of the Paralympics as a recognized international sport event, in which the media play a key role.

The most recent Olympic games Rio in 2016 broke again another record in attendance. Also the amount of coverage in numerous countries has reached another peak. As for the analysis of media coverage, however, there is no scientific evidence yet. 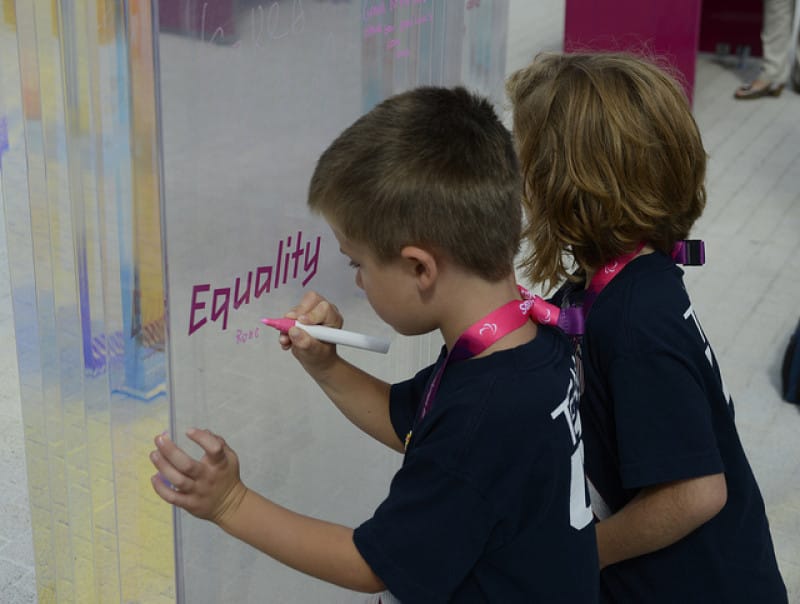 Conclusively, London 2012 marked a central change in the media management and reporting of the Paralympics. Concerted efforts are being made for the establishment of the Paralympics as a comparably significant event as the Olympics. And it is paying off: a survey in the UK implies that the Paralympics change the way impairment is seen by the people. Even though there is more research needed it amplifies that it is of highest importance to continue the fight for equality in media coverage. Because apparently it is not only a fight for medial presence but also a fight for identity and equality in the society.

What do you think about the unequal media coverage between the Olympics and Paralympics? How could this issue be resolved?