The Invisibility of Disability

Being invisibly disabled – a trick or a treat?

Not every disability is visible. This fact often puts people with “invisible disability” into difficult situations. 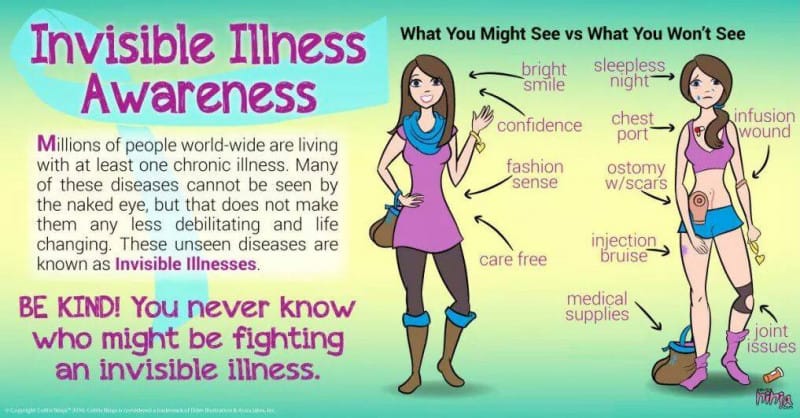 Similarly, there are many misconceptions about spinal cord injury (SCI). Contrary to what many people think, some people with incomplete SCI can actually walk. (In case you are not familiar with the term “incomplete SCI”, check this article in our Wiki.) People with incomplete SCI often deal with the same health issues, such as urinary infections and catheters, as all other people with SCI do. The absence of the visible sign of their disability – the wheelchair – might lead many people to treat them as ordinary people.

Now the good news: earlier this year Tottenham Hotspur, one of the top Premier League football clubs, became the first football club to feature the slogan “not all disabilities are visible” on their disabled toilets. This has been reported by BBC with the article “Why these new signs are appearing on disabled toilets”.

In the article, two young ladies who suffer from different invisible medical conditions share their views on this act of support for people with invisible disabilities. Both agree that it will help them explain their complications when stuck in difficult situations, and it may even help redefine the stereotypes around disabilities. 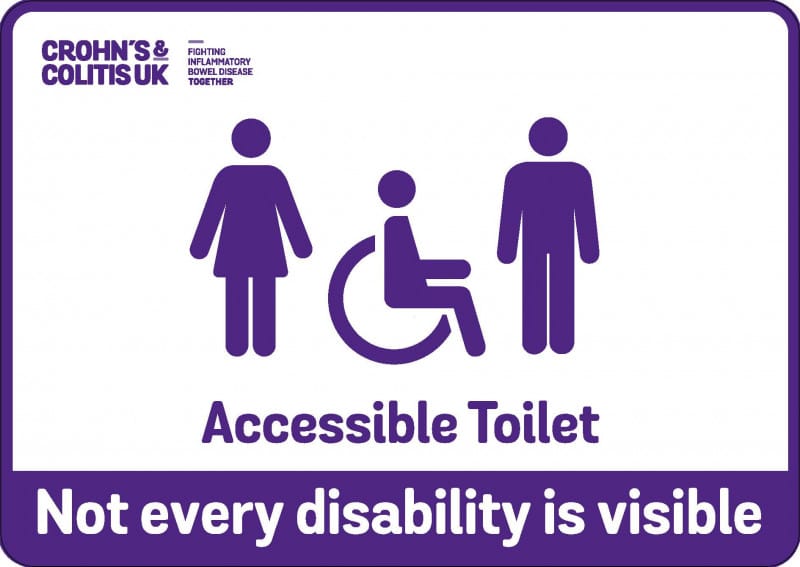 Toilet signs of this kind are being installed across UK. (Image source: Crohn’s & Colitis UK's website)

Furthermore, in 2018 over 2500 supermarket stores across the U.K. will have installed an accessible toilet signage to remind people of invisible disabilities. This is part of the campaign of the charity “Crohn’s and Colitis UK” to raise people’s awareness and fight stigma surrounding invisible disabilities. After this huge success in the supermarkets, the charity already runs their next campaign calling for signs to be placed on more publicly-accessible toilets.

When you see a person without wheelchair using an accessible facility or parking space, do you sometimes discover yourself judging the person because you cannot see a disability? How do you identify people in need from ruthless people? Share with us!