The battle of space

“Where shall I park my buggy?”, that’s a question I always ask myself on the train after becoming a mother last year.

I simply can’t stop thinking about it, especially when I travel with the slow train, also known as “S-Bahn” in German, where family compartments are not available. The problem of travelling with a buggy by S-Bahn is that there are no clear indications where a buggy can be parked. There are areas indicated for wheelchairs and bikes, but I have never noticed one for buggies, at least not on the S-Bahn. 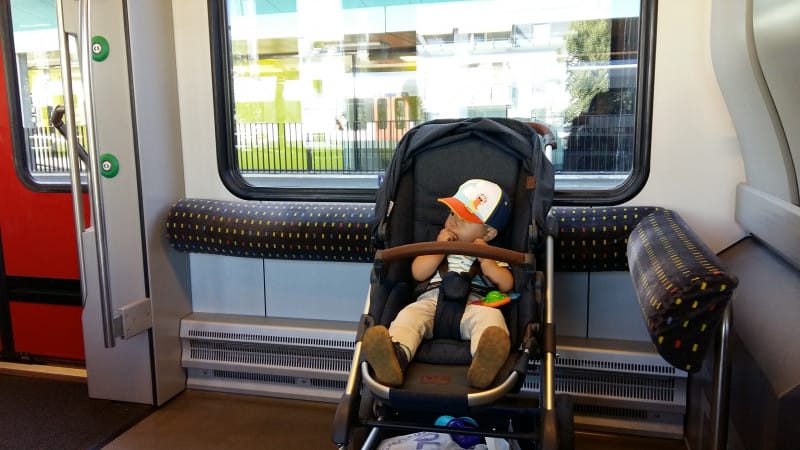 Recurring question for a new mom: finding the right place to park a buggy on train.

Therefore, I often park the buggy in the area where wheelchairs and bikes are supposed to park. As a result, I always feel uncertain, sometimes worried: Have I missed any untold ritual of where to park a buggy on train? Will anyone think I misuse the area? Such feelings get even stronger when I travel with my buggy during rush hours.

Wheelchair vs buggy: the conflict

In 2012, Doug Paulley, a wheelchair user in the UK, wanted to travel to Leeds but he was refused by the driver to get on the bus. It was because a woman with a sleeping child in a non-folding buggy had occupied the only available space for wheelchair passengers on that bus. Eventually, Mr Paulley had to wait for the next bus, missed his scheduled train and arrived at his destination an hour late. 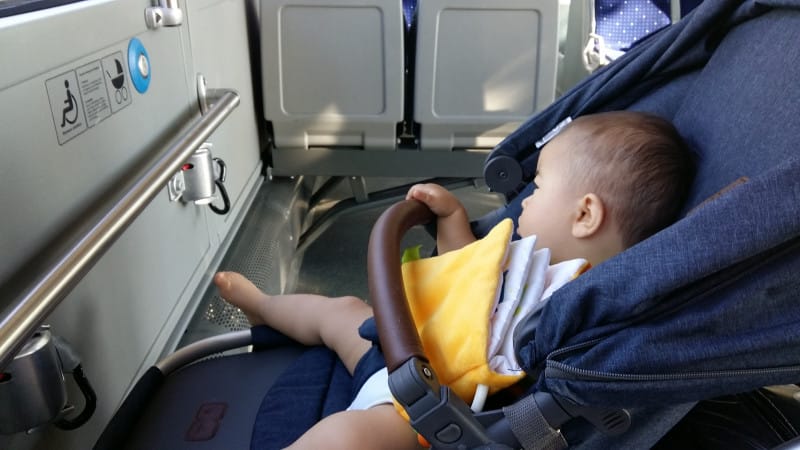 Should there be a priority between wheelchair and buggy?

Mr Paulley felt discriminated by the bus company FirstGroup’s policy of “requesting, not requiring” able-bodied passengers to move out of the wheelchair area on bus. Therefore, he sued the company in 2013. After two appeals, one by the bus company and one by Mr Paulley, the final verdict was eventually given five years after the incident. Mr Paulley won the case permanently.

In addition, bus companies were also strongly advised to have clear policies and provide training to drivers to help them deal with any similar situations involving wheelchair passengers appropriately. 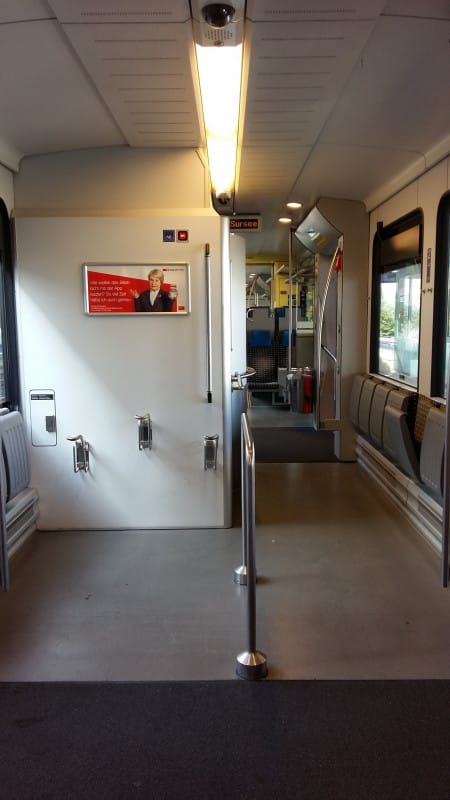 Are there enough spaces and facilities to secure wheelchairs and bikes on public transport?

No sufficient infrastructure in public transport

In my opinion, public transport providers should also give more considerations on the space arrangements of their vehicles. I find it unacceptable that the bus only had one space available for wheelchair passengers. That’s simply not enough, considering the number of passengers travelling in wheelchair or with buggy each day.

Moreover, according to another report by the Guardian, Mr Paulley had actually offered to fold down his own wheelchair and sit in an ordinary seat. However, it was rejected by the driver because there was no way to secure Mr Paulley’s wheelchair safely with the bus driving on the winding roads of West Yorkshire. Then I wonder what would have happened if the mother had been able to fold her buggy to give space to Mr Paulley. I mean, if there’s no way to secure a folded wheelchair safely on the bus, there will also be no way to secure a folded buggy. In such a case, how can a bus driver solve the conflict if the vehicle does not offer the infrastructure needed?

Luckily, I have never been involved in such situations in Switzerland. Despite no clear designated areas for buggies, often there is still enough space for everyone on train or bus. Besides, most passengers in Switzerland are very cooperative. We often manage to solve the space issues among wheelchair, buggy and bike passengers on our own. Only at times, I do wish a few passengers were more sensible and occupy other available space on the train, instead of the one for wheelchairs or bikes. 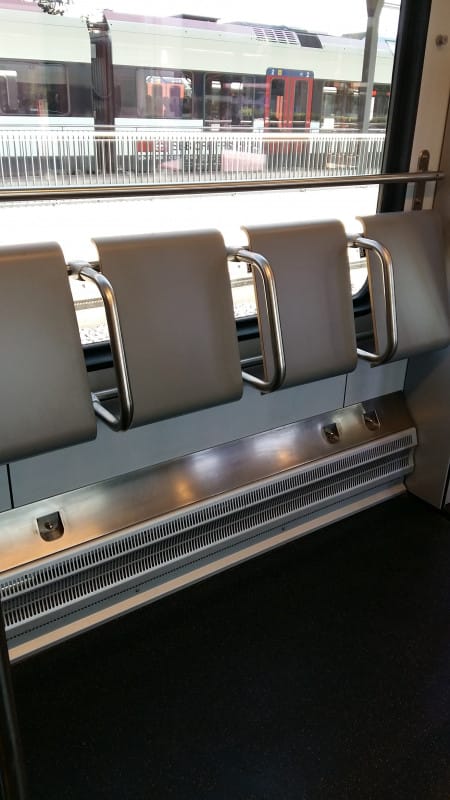 How to use facilities like these? Clear guidelines and policies are needed to avoid conflicts among passengers.

The dilemma of travelling with a buggy

In Mr Paulley’s incident, I feel sorry for him but I also see that the situation was difficult for the mother. Although she is an able-bodied passenger, her challenges to travel with a child and a buggy should not be underestimated.

In the news article “Parents tired of folding strollers on buses compare kids to disabled people”, a few parents shared their opinions on not being able to travel on bus without folding a buggy:

“We don’t have an argument about people in wheelchairs – even in rush-hour they [buses] will stop, they will find room for a wheelchair. So I don’t see why my child, who takes less space, is not allowed that [i.e., to stay on bus with an unfolded stroller].”

“It is dangerous and uncomfortable for a parent to fold their strollers with one or two babies, and more bags in their hands. As a father of 4 and 10-year-old daughters, I perfectly understand that it’s nearly impossible to fold a stroller when one of the babies is asleep and you are carrying other things.”

I remember discussing the issue of folding a buggy before getting on the bus with my parent friends in Hong Kong. Almost all of them say they would avoid taking the bus if they go out with a buggy in Hong Kong. Some suggest taking the underground instead where folding a buggy may not be necessary. However, others find it challenging to take the underground because they feel that they are competing with other wheelchair passengers for the limited spaces and accessible facilities. Therefore, many parents in Hong Kong choose to avoid public transport or carry their non-walking children with baby carriers, even if they weigh over 10 kilos!

Should there be a priority between wheelchair and buggy? Have you had similar experiences like Mr Paulley when using public transport in wheelchair?