No matter if you are short, tall or in a wheelchair – cheerleading is for everyone. It is a competitive sport, where teams are judged on the performance of their choreographed shows. Some of its main elements are stunting, jumps, tumbling and dance. Cheerleading is a team sport where everyone’s efforts are equally important.

Cheerleading has its roots in the US and is closely associated with American football. It dates back to the late 19th century when it was still a university-based cheering activity for men only. Only from the early 1920s, women were allowed to take part in cheerleading. As it continues to evolve, cheerleading now focuses more on competition performances and athletic training. Today let’s look at a rather new division in cheerleading called ParaCheer™.

ParaCheer, also known as Adaptive Abilities, is a cheerleading division for athletes with and without physical or sensory impairments. The International Cheer Union (ICU) opened up ParaCheer as a competition division in 2017. Today there are ParaCheer teams all over the world. 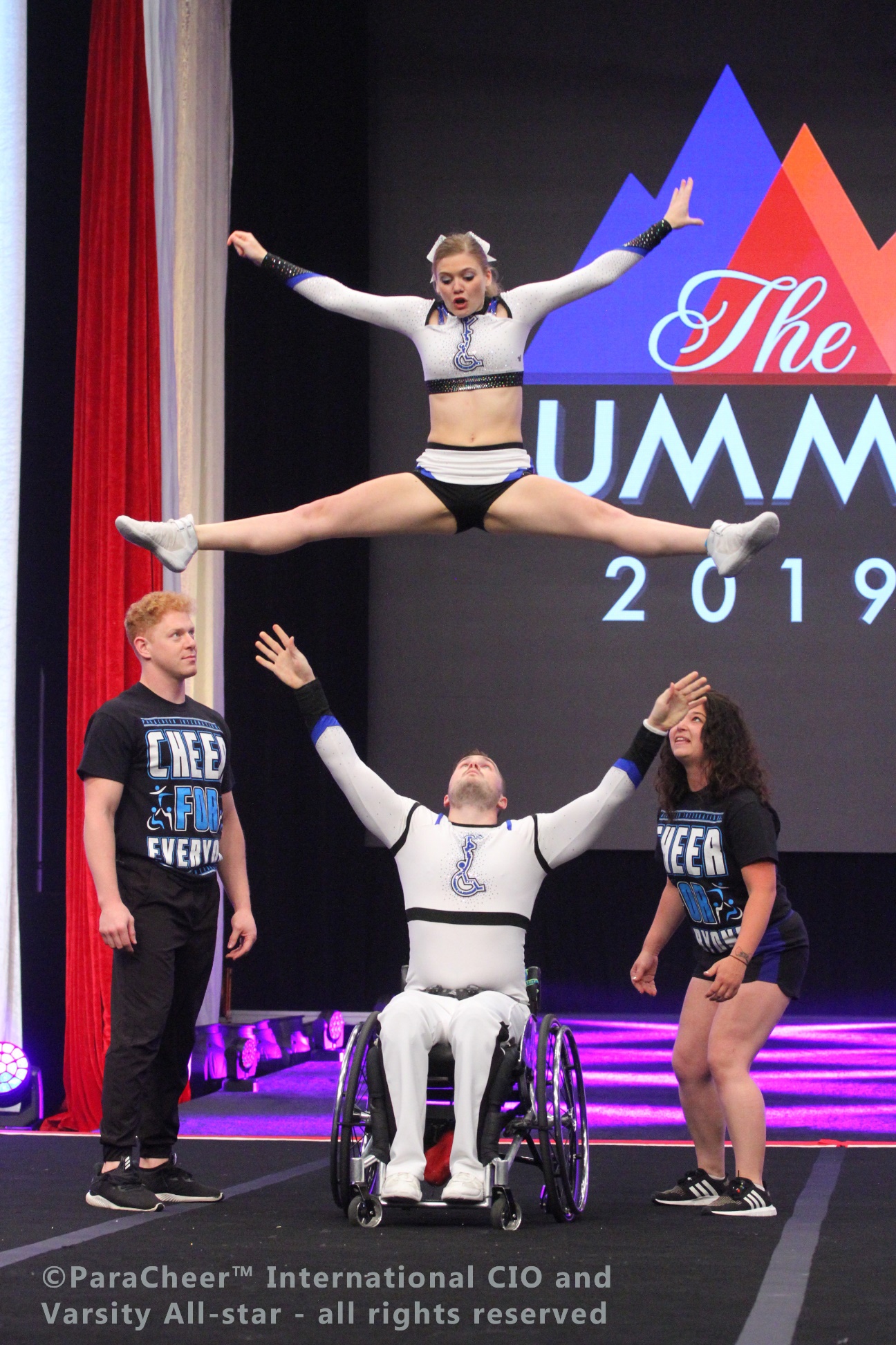 Rick Rodgers and Chantal Epp perform a wheelchair partner stunt at The Summit in Florida 2019.

The leading force in the development of ParaCheer was Rick Rodgers. After a workplace injury resulted in his mobility impairment, Rodgers decided not to give up on cheerleading. He created the wheelchair partner stunt, a cheerleading element which involves two athletes: one in a wheelchair as the base and one as the flyer. Eventually, Rodgers was the first to showcase this element at world championships.

After his wheelchair partner stunt performances in 2010, 2011 and 2012, the ICU had a meeting with Rodgers to discuss how to include people with sensory and physical impairments in cheerleading. The result was ParaCheer, which opened this delightful sport also for athletes with disabilities.

Today ParaCheer is a growing division all around the world. Teams are emerging, among others, in USA, Russia, England, Germany, Australia, and Kazakhstan. Here are some of their performances:

ParaCheer has many benefits – not only for participants with disabilities but for everyone. Here are the highlights:

What do you think about ParaCheer? What kind of sports activities do you like?