Mountainous but yet wheelchair-accessible and very convenient 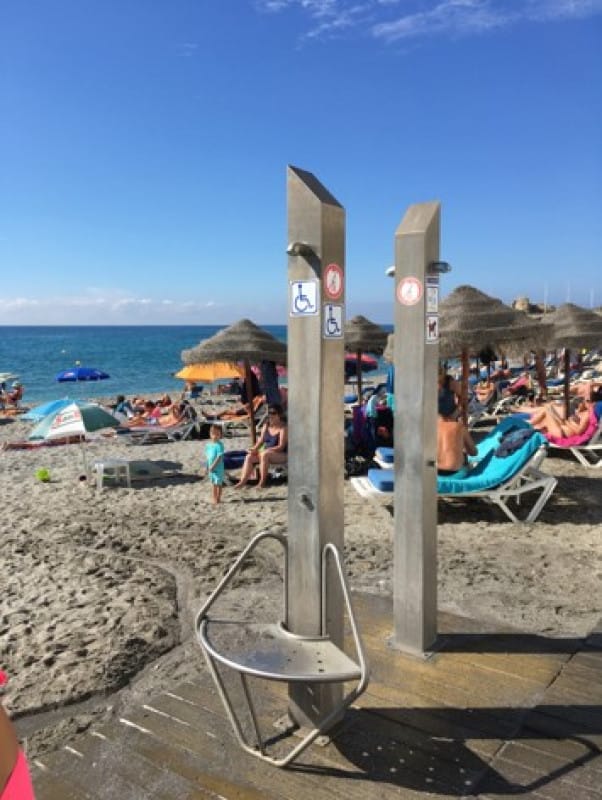 Shower seat at the beach

Spain is advertised as holiday country with long sandy beaches and orange groves. This applies for the Atlantic coast, between Gibraltar and the Portuguese border as well as along the warm Mediterranean coast between Barcelona and Alicante. Otherwise, however, Spain is one of the most mountainous countries of Europe – right after Switzerland and Norway. Many parts of the coasts are rocky and form bays that are picturesque but difficult to access. The center with the – mostly flat – capital Madrid is situated on a plateau (meseta), at the foot of various mountain ranges.

Despite its rather difficult topography, Spain is – according to my opinion – the most wheelchair-accessible country in Europe. This hasn‘t always been the case, but due to the construction boom, the infrastructure has improved significantly in the past 40 years. The accession to the EU in 1986 added further momentum to this process. As far as construction is concerned, modernization contributes to the implementation of Article 49 of the democratic Spanish Constitution: According to this article, public authorities shall take all possible steps to make sure that persons with disabilities can enjoy the same rights as all other citizens. 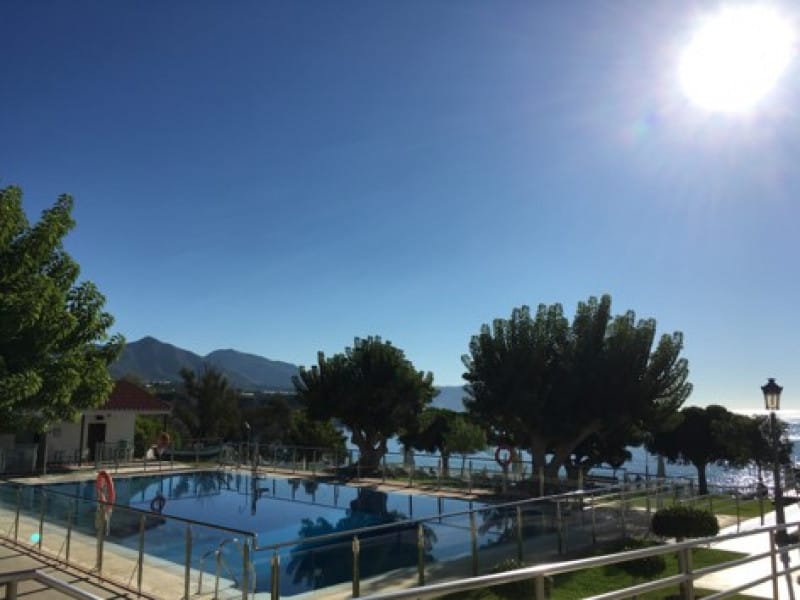 In modern Spain, even dingy pubs and bars have wheelchair-accessible toilets, hotels in any price category offer barrier-free rooms and one will find a taxi adaptado (a taxi that can transport people in a wheelchair) in almost every dump. It’s fast, simple and free of additional charges. Every public institution is accessible via a ramp – be it churches, parks, beaches, museums, theatres, cinemas, hotels, restaurants or supermarkets. 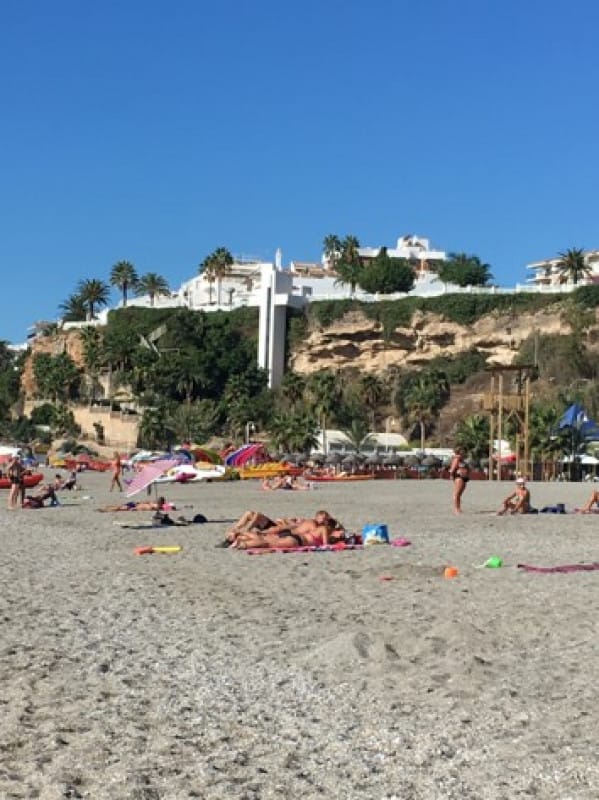 Elevator to the beach

This positive general impression was also confirmed during our short “relaxation trip” at the beginning of October: We flew to Málaga, which is located on the Costa del Sol. From there, we took a taxi adaptado and headed eastwards, 60 kilometers along the coast, to the picturesque town of Nerja. It is situated on a rocky plateau, 15 meters above the sea and has been home of the modern Parador de Nerja since 1963. Parador de Nerja is a very pleasant 4-star hotel which belongs to the good parastatal hotel group Paradores de España. Already 20 years ago, when we first stayed at the hotel with our two daughters, it was very functional and offered an unobstructed view of the Mediterranean Sea. Today, everything is perfect. Rooms number 401 and 402 are wheelchair-accessible and have large bathrooms with support rails and a shower seat. They offer direct access to a huge garden area above the sea. A perfect place to relax and contemplate. Those who want to experience even more can take the lift down to the sea. It takes you directly down to the nice and sandy public beach. There are also very inviting small restaurants and bars. Our individual offer included the flight from Basel plus eight nights for 2680 Francs. There was nothing to complain about – breakfast was brought to our room! 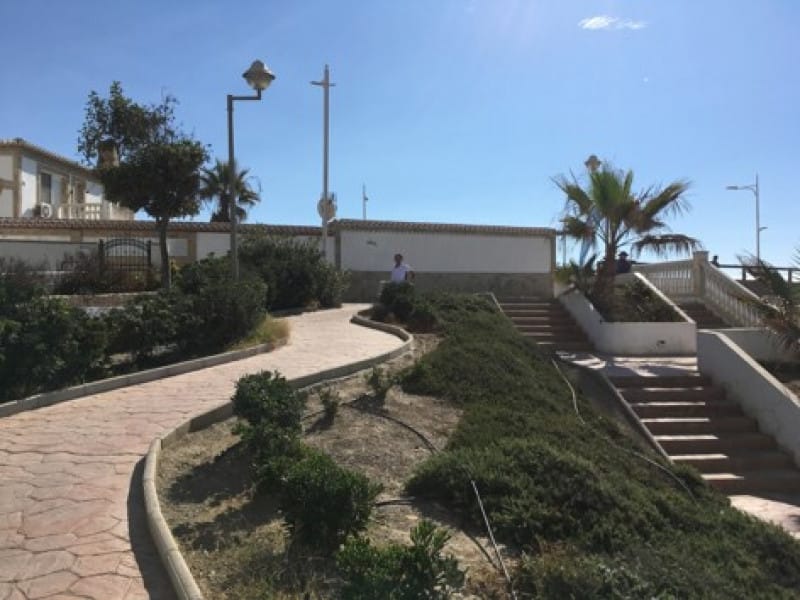 Ramp from the promenade to the beach

The town with its long pedestrian area is home to numerous small shops and restaurants – including three a bit more expensive ones offering a very creative cuisine. Noteworthy are the Sollun, the Oliva and the Pata Negra. All three restaurants are easily accessible and have accessible washrooms. España as a holiday country is no longer famous only for its ramps, Rampaña, but also for its delicious food.