The most popular ball sport worldwide can also be played in an e-wheelchair. Switzerland still has to catch up

Playing football in a wheelchair? It does exist! “Powerchair Football” is not yet well-known among the broader population but the sport is becoming more and more popular and professional all over the world – a development that is hopefully going to gain speed soon also in Switzerland.

Everything’s different and yet a lot is the same

The name of the sport is derived from the electric wheelchair that the athletes use to maneuver on the field. The basic rules of the games follow the ones of classic football: the two teams consist of three field players and a goalkeeper each. The game is two times 20 minutes on a basketball field. The goal is made of two posts positioned 6 meters apart. By using a special installation at the front of the wheelchair, the approximately basketball-sized ball is either passed to a team member, dribbled or kicked into the goal. Here is a video which explains the most important rules of Powerchair Football in a good way:

Since an electric wheelchair can be controlled in different ways, Powerchair Football is one of the few disciplines that is also accessible to persons with severe physical disabilities. The Australian Abdullah Karim who was nominated most valuable player during the last World Cup, controls his wheelchair only using his legs. This is the feeling he experiences when playing on the field:

“When we get out there on the court, we forget about the chair, we forget we're in wheelchairs, we compete like normal soccer players do.”

The popularity of its “big brother” and the possibility to unite young and older players with various disabilities during the game has made Powerchair Football very popular. It’s the sport most commonly practiced by e-wheelchair users worldwide and the fastest growing sport practiced by persons with disabilities overall.

A long way to universal rules

The idea was supposedly born in France by some creative teachers who intended to enable physically severely limited students to play soccer using e-wheelchairs. A short time after, also Canada developed their own version of the sport independently and named it “power soccer”.

The French and Canadian version started spreading into other countries who then adjusted the game to their own needs, especially Japan and England. National leagues were formed and the ways the game was played developed. For over 25 years, four different ways of football in e-wheelchair existed with partly hugely different rules and without knowing much about each other.

Only in 2005 a process was started to make uniform rules worldwide. Teams from the four countries France, Japan, England and the USA presented their rules and games to each other. After long discussions, it was agreed to use the English rules as basis for standardizing the sport internationally. In many meetings and a test tournament the rules were tested and elaborated.

Not yet a Paralympic discipline despite its considerable development

In 2006 the Fédération Internationale de Powerchair Football Association (FIPFA) was founded with its headquarters in Paris. Due to the standardized rules, three World Cups have taken place with the last one in Florida, USA, in 2017. The next World Cup has just recently been postponed and is supposed to take place in Sydney, Australia, in October 2023. Here are some highlights from the game France against Argentina during the last World Cup (with many great goals 😀):

The FIPFA has repeatedly requested to include Powerchair Football on the list of Paralympic disciplines. This was denied also for the next Paralympics in 2024 in Paris as some inclusion criteria have not been fulfilled yet. It is desirable that this beautiful sport can also be watched at the Paralympic games.

Not only on a global but also on European and national levels these teams have formed professional leagues. The European Powerchair Football Association (EPFA) is the umbrella organization of twelve national associations. It organizes competitions regularly: Therefore, teams from Germany, Italy, Austria, Scotland, Spain and Switzerland will compete against each other in Geneva at the EPFA Champions Cup 2022 from August 21st until 27th. If you are free, please pop by! 😉

Switzerland still has to catch up

In some countries professionalizing Powerchair Football has already made considerable progress. In France three national divisions with over 30 teams in total have formed under the Commission Sportive du Foot Fauteuil. Through relegation the teams can move up or down into the next division. Similarly, in the USA – where the sport is called Power Soccer – there are four hierarchic leagues which are interconnected through the relegations. Also, in Germany, a league structure is set up. In Austria, there are currently four teams and more are currently forming.

In comparison, organized Powerchair Football is behind in Switzerland despite being a member of the FIFPA World Federation early on. In 2011 the Swiss National Team participated in the FIPFA World Cup but ended up on the last place. During the last World Cup in 2017, Switzerland was not represented; the winner was France before the USA and England.

The Swiss league Swiss Powerchair Football Association consists of only two teams from western Switzerland, “Les Egles” from Vevey and “Les Phoenix” from Geneva. A delegation from German-speaking Switzerland is not yet represented. There is hope that powerchair football will experience an upturn also here in Switzerland soon. 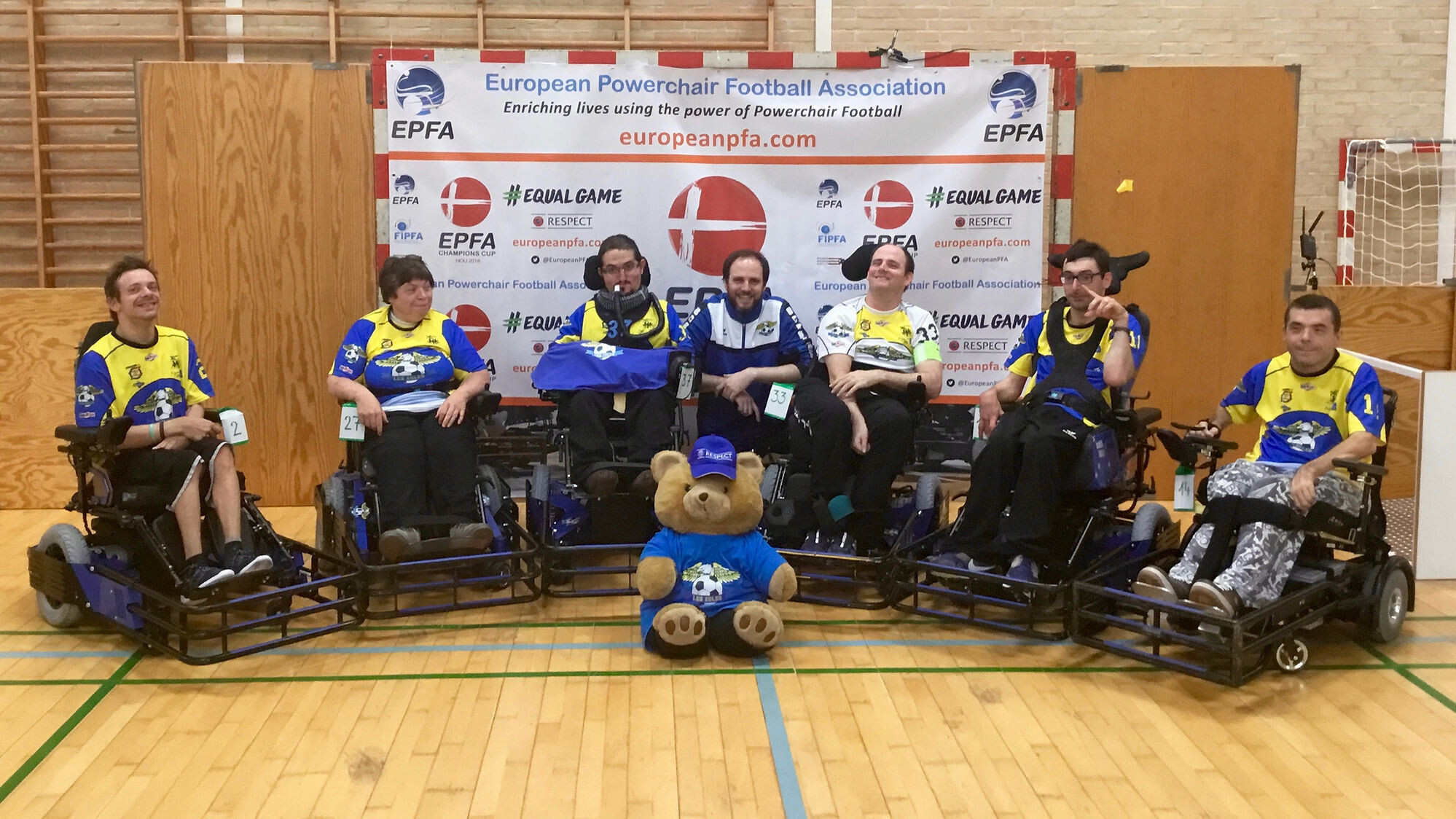 Have you heard of Powerchair Football before? Would you be keen on trying it out?