Videogames are for everyone, really!

The videogame world is open to welcome everybody, and hands are not required to play

In the last few years, playing videogames has become a mainstream activity. More people are constantly approaching this world, with the increasing use of social media expediting the process. Many "influencers" (i.e., social media users particularly famous due to their large number of followers) are dedicated videogame players, which are better known as "gamers".

This world is accessible for people with disabilities, even those with limited hand use. In this article, we will show you how game accessibility can be achieved, present examples of successful gamers who have disabilities, and introduce you to the fantastic world of gaming – so you might want to try it out 😉

"Above all, video games are meant to be one thing: fun. Fun for everyone." 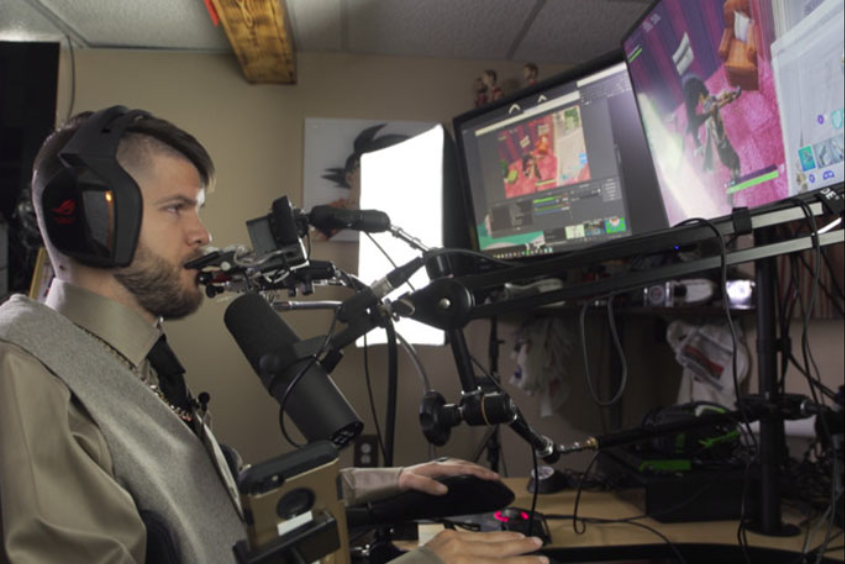 Everyone can enjoy videogames... really? Maybe today more than yesterday, thanks to the technological progress of the console producers. There is, for example, the Xbox Adaptive Controller of Microsoft and the Adaptive Gaming Kit of Logitech for the Xbox. Dedicated companies also work in this direction; as is the case with the company Quadstick, who provide game controllers for quadriplegics.

All these revolutionary solutions, however, do not include the totality of the disabled players, because every person has very specific needs. That is where organizations like the American AbleGamers Charity, the English SpecialEffect and the Swiss company Active Communication come in. These professional groups of therapists and games technology specialists aim to include every single person with a disability who wants to enjoy videogames. They take the time to talk with each individual to find out their specific needs and equip them in the best possible way.

All this work, however, would be in vain without the necessary technical measures taken by the game design developers. The videogames must be designed in a way that anyone who wants to play can play them. This is called game accessibility. For the videogame industry, this topic is becoming increasingly important. In fact, estimates count more than 33 million disabled gamers in the U.S alone. 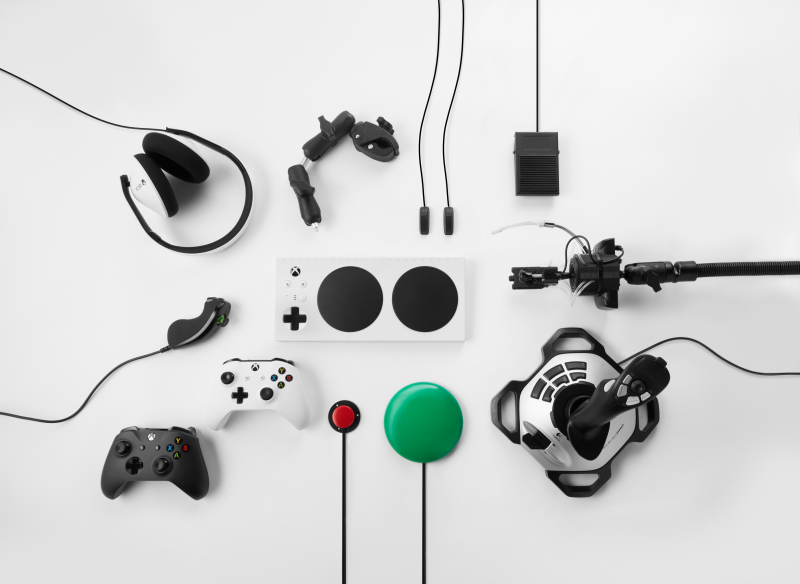 Twitch is an online platform that incorporates social media components into videogames. It gives the more committed and social users the possibility to live stream their gameplays. As hobby gamers, you can access the platform for free, watch people play your favourite games, and chat with others who have the same passion for videogames. In this way, everyone with an internet connection can be part of the gamers' community.

Disabled gamers charity associations like AbleGamers also have a Twitch account. In their profile, they state that they "create opportunities that enable play, in order to combat social isolation, foster inclusive communities, and improve the quality of life for people with disabilities."

Watching games and chatting does not require any special equipment. To live stream your own videogame on the platform, however, you need to at least have a computer, a game capture and a program to manage your direct. Once again, getting help by associations like the ones above could make the difference in terms of game accessibility.

The gamer BrolyLegs, who plays with his cheek and tongue due to quadriplegia, has found a precious collaboration asking for help. When he approached the AbleGamers Charity, he was just hoping to get a good deal on a laptop. "Instead, they decided to offer me a new laptop in exchange for me representing the charity on my streams and tournaments," he said. "Of course, I accepted." Watch this video to hear about his history and motivation to become a gamer since he started gaming at the age of two!

A new career option, also for people with disabilities

Playing videogames is not only a fun activity or a hobby; for some people, it is a full-time job. A person who makes a living playing videogames is called a "pro gamer". Professional gamers are effectively athletes; they are paid to train for a certain number of hours a week and to participate in tournaments.

"I wake up with a smile everyday because of where my video game career has taken and the journey I have been on."

The gaming environment is very competitive and disabled gamers are treated like every other participant in the tournaments. The competitors want to win and do not care if you have to play with an adaptive controller. This makes it more challenging for people with a disability to be successful. Like BrolyLegs, other gamer veterans including NoHandsKen and Aieron have experienced this "equality of gamers"; but even in this highly competitive environment, they made their way without getting any bonuses or special treatment.

This equality in gaming also has a positive side: people with disabilities can compete on the same level with able-bodied people, and are usually judged only on the basis of their skills and despite their appearance or disability.

The Quadstick player RockyNoHands is one of the stars of the moment in the shooter game Fortnite. Rocky's career is literally boosting thanks to video streaming portals. On Twitch, he has almost 68'000 followers and on YouTube he counts 54'700 subscribers. For his achievements in the game, Rocky even set a Guinness World Record. Currently, the Quadstick star is playing another shooter game, Call of Duty, as you can see in the video:

We have seen that gaming is constantly gaining popularity and becoming more inclusive. In fact, new disabled pro players from all over the world are taking the stage in important competitions. On Twitch, we can enjoy the Americans, BrolyLegs and RockyNoHands playing Street Fighter and Fortnite respectively, or watch the German gamer Wheely streaming Rocket League… and if you like, you can also be part of this fantastic world of games!

Which videogames do you like? If none, would you give it a try? 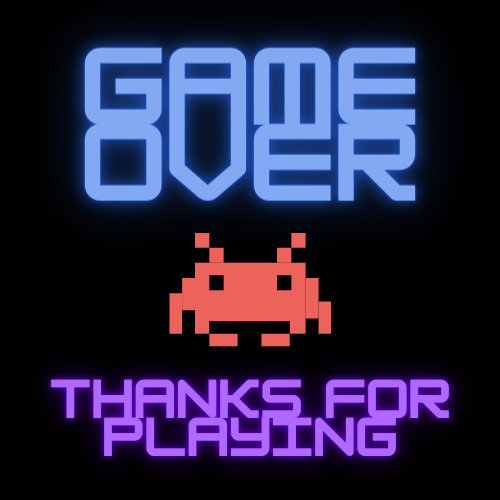