Playing to strengths in wheelchair

“Every single person has the right to be fit, strong and healthy.”

Arnold Schwarzenegger, the world-famous champion bodybuilder and actor, told the audience, including wheelchair athletes, as he gave a speech at the Arnold Sports Festival. The festival is an annual event of bodybuilding, strength sports and other fitness competitions and expos. Since 2016, wheelchair bodybuilders can also compete at the festival’s Pro Wheelchair Championship.

Physical activities like bodybuilding and CrossFit focus on physique and high-intensity functional movements. They require much stamina and perseverance. Despite the challenges, the following three people in wheelchair find passion in these sports, and became the pioneers of wheelchair bodybuilding and adaptive CrossFit.

“Success is not a destination; success is the journey!”

After a car accident in 1998, Nick is paralyzed from the waist down. Due to depression, his weight once reached 300 pounds. However, his perspective changed after returning to his high school’s weight room for exercise. Life is different after the injury, but he realized that there are things that he can still do and is good at. He then took a year to drop his weight and enter a bench press school competition. He eventually broke the school record by pushing up a barbell of 350 pounds. 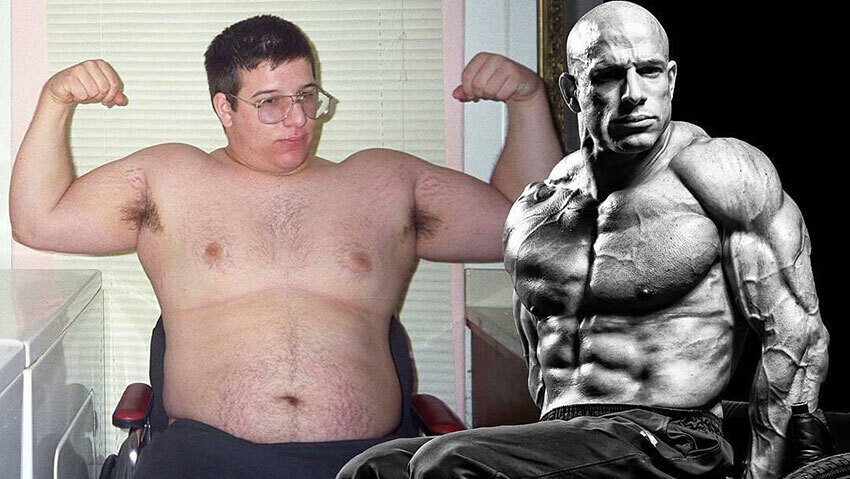 Nick continued his fitness passion since then. In 2006, he established Wheelchair Bodybuilding, Inc.: a non-profit organization to promote wheelchair bodybuilding and raise funds to support wheelchair and adaptive athletes in becoming professional bodybuilders.

In the video below, Nick shares his journey of success and tips for bodybuilding. His take-home message is,

“Instead of thinking I couldn’t do it, I’m just sort of thinking ‘how could I do this?’ or ‘how can I make adjustment to make it work for me?’”

The 43-year-old mom of two has a passion for fitness and health since the age of 10. Her first job was at a fitness club where she determined to stay active and fit. Little did she know that she would have to continue her determination in a wheelchair.

At an epidural procedure during one birth, Jen lost all feelings from her lips down. She never regains her feeling back from her legs down. She quitted working out and lived in a big denial and obscurity about her problem until she was diagnosed with upper motor neuron disorder: an illness which decreases the motor control and affects the muscle activity of a patient.

With her knowledge in fitness and diet, Jen resumed her workout hobby and worked towards her goal of becoming a bodybuilder. She was the first woman in wheelchair ever to pose at the professional competition Arnold Classic. Having participated as a guest poser at numerous bodybuilding competitions and events, Jen received the first-ever IFBB pro card for female wheelchair bodybuilding in 2020. 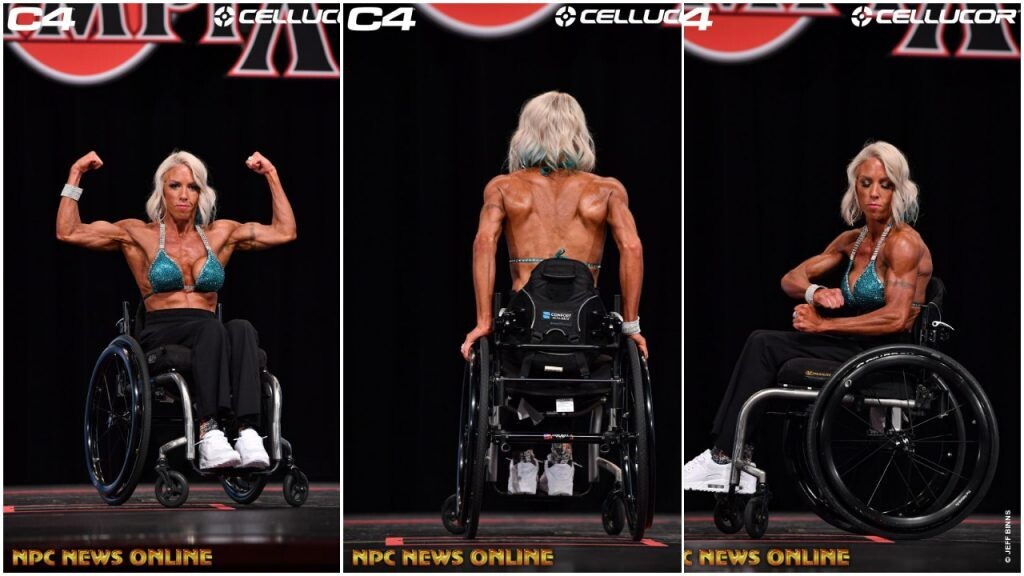 Jen Pasky Jaquin as a guest poser at the 2020 Wheelchair Olympia: the annual contest for bodybuilders in wheelchair. (Source: ifbbpro.com)

At a bodybuilding competition, competitors will be judged based on their size, body symmetry and muscularity. As bodybuilding is a subjective sport, a scoring system based on averages is used, where competitors have to complete five to eight mandatory poses. Being judged on upper body musculature only, wheelchair competitors just need to complete four mandatory poses: front double biceps, side chest, back double biceps and abdominals.

Below is the video where Jen did her free-posing routines as a guest poser at 2019 Arnold Classic. She wishes more women would be able to jump out of their comfort zone and make time for what is important to them.

“All you have to do is try. It doesn’t matter that you’re in a wheelchair or not, just don’t give up.”

In 2014, Kevin Ogar had a life-altering injury. After his 235-pound weightlifting attempt at a CrossFit competition, a heavy bar fell, struck him on the back and left him paraplegic.

Many would refrain from the activity which caused the accident, but Kevin didn’t. With his determination to help people, he returned to his gym and became one of the 200 elite CrossFit coaches in the world within the same year when he became paralyzed. 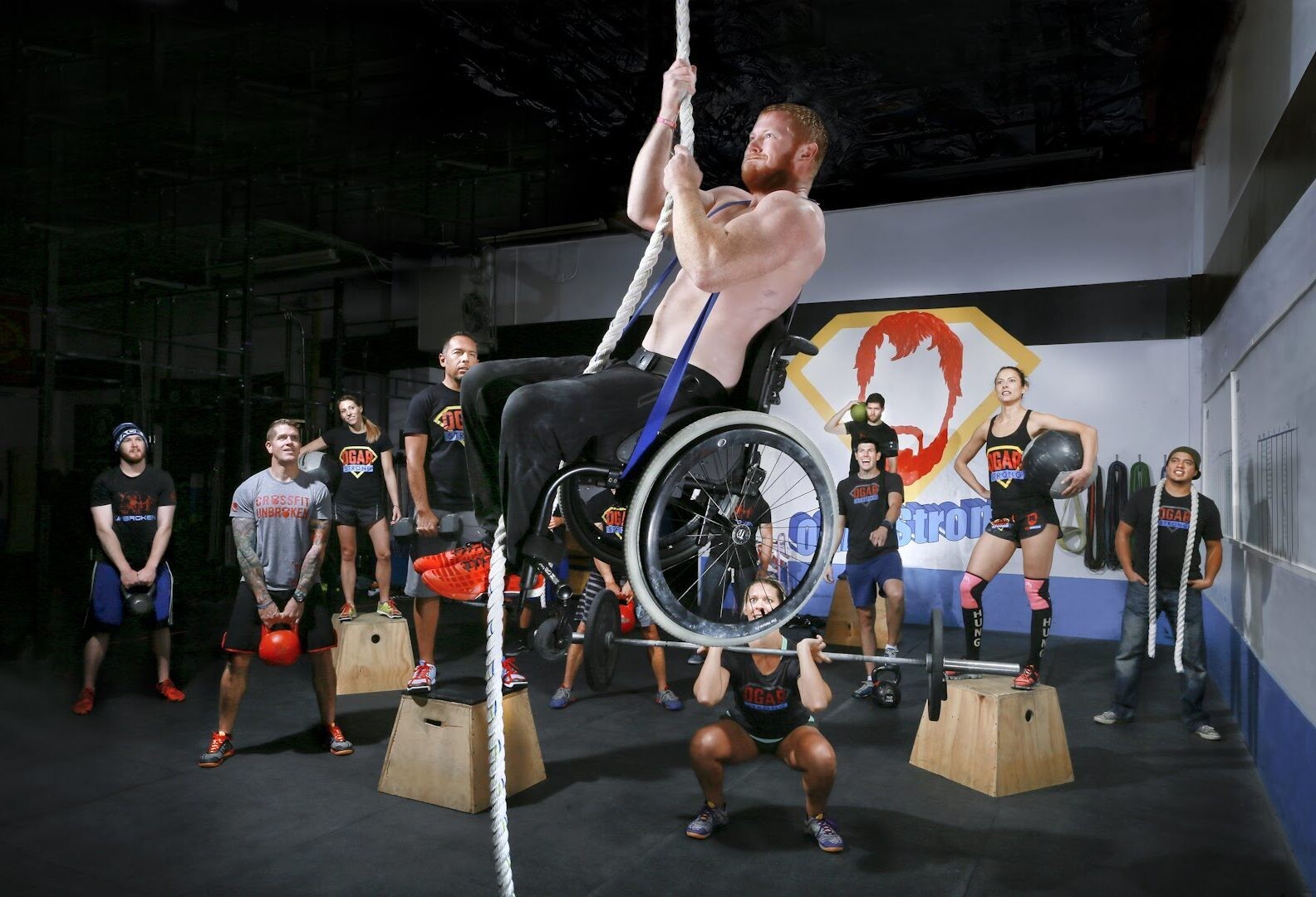 After the weightlifting injury, Kevin Ogar has a clearer goal and became one of the pioneers to make CrossFit more adaptive. (Source: blog.gofire.co)

Like its name, CrossFit is a high-intensity fitness program which integrates elements from multiple sports and types of exercise such as powerlifting, gymnastics and kettlebell lifting. As a certified CrossFit coach, Kevin contributed to the curriculum design for the Adaptive & Inclusive Trainer certification course, making the sport more inclusive and doable for everyone. He also involves in organizations such as Adaptive Training Academy and WheelWOD where he offers inclusive fitness training and support for all.

In the video, Kevin shares his life before and after the injury. On facing adversity, he describes his strategy with the bouncing ball analogy, an advice from his doctor:

“A ball is always supposed to bounce. So, if you drop it, the falling is fine as long as it bounces back up. It’s when the ball doesn’t bounce back up, that’s when you need to reach out for help.”

As mentioned in another interview, Kevin always felt his purpose in life was to help people. His injury has positively affected his ability to help others. He became one of the pioneers to make CrossFit possible for adaptive athletes. Nowadays people can compete in sixteen adaptive divisions, including divisions for seated athletes with or without hip function, at the annual competition CrossFit Open.

The video below shows people with very different disabilities participating in a CrossFit competition together. As Kevin stated in an interview, everyone is welcome in the CrossFit community regardless of ability, skill or strength. “There is no ‘you can’t do that’, only a ‘let’s try’”.

What was your favorite sport before the injury, and which one is it now? How have you regained confidence in sports after your injury?