Flatulence is a common problem. Is it a problem for you too? People with spinal cord injuries are frequently affected due to a disorder in bowel functions. 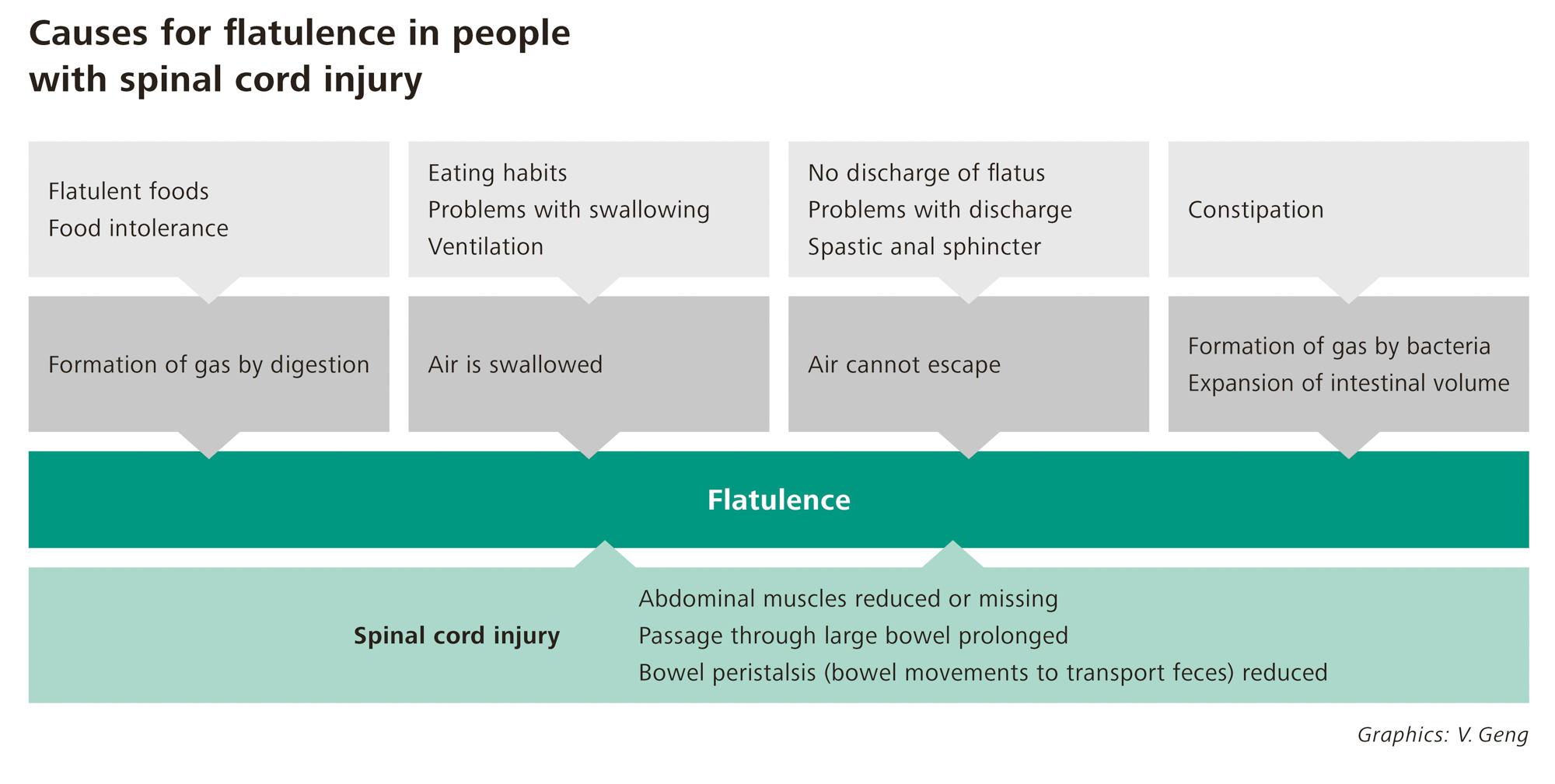 Flatulence can occur right after eating and be caused by the following foods, among others:

Flatulence problems as a reaction to various foods differ from person to person. Also the way they are prepared may play an important role: some foods may be easy to digest when they are cooked but can cause severe flatulence when eaten raw.

Intolerances to certain foods or food groups may also cause flatulence. Among these are:

In the case of constipation, the stool remains in the bowel longer than usual and bowel bacteria can digest it multiple times. Gas is formed, causing flatulence. This causes an increased bowel volume and therefore an increased formation of gas.

What can be done to reduce flatulence?

Can flatulence also cause respiratory problems?

Yes, especially for tetraplegics. Since their auxiliary respiratory muscles do not work or work only partially, they mainly breathe into their abdominal cavity.