What are contractures and how do they develop?

Contractures are shortenings of muscles, tendons or ligaments that have a limiting effect on the movements of the joints. The normal ability to move a joint is lost. Contractures are frequently attributable to the patient’s positioning. They occur when muscles and joints are not stretched or moved often enough. If, for example, the knees are permanently bent, the muscles that are responsible for extending the knee joints will shorten. As a result, the legs can no longer be fully extended.

Contractures can also be caused by strong spasticity and spasms, as well as restricted movements in joints, e.g. arthritis.

Where can restrictions in movement caused by contractures be seen most frequently?

In principle, contractures in all joints can lead to restricted movement. However, they generally occur at the extremities. When it comes to feet, people talk in terms of equinus feet or claw toes. In claw toes, the toes bend down and cannot be straightened.

Like the legs, people’s arms are also affected by contractures, specifically their shoulders, elbows, wrists and finger joints. People with tetraplegia are at a particularly high risk. However, contractures may also lead to a restriction in head movement.

How can contractures be avoided?

Contractures can be avoided by moving arms and legs actively or passively and by changing the body position frequently. Changing position can prevent contractures.

Why is it important to avoid contractures?

Movement restrictions in arms and legs make everyday life more difficult. Transferring oneself and personal hygiene become more difficult, and a lack of ability to move the arms can decrease independence. If contractures make it difficult to change the patient’s position, this may lead to pressure sores as the pressure cannot be alternated around various areas of the body. 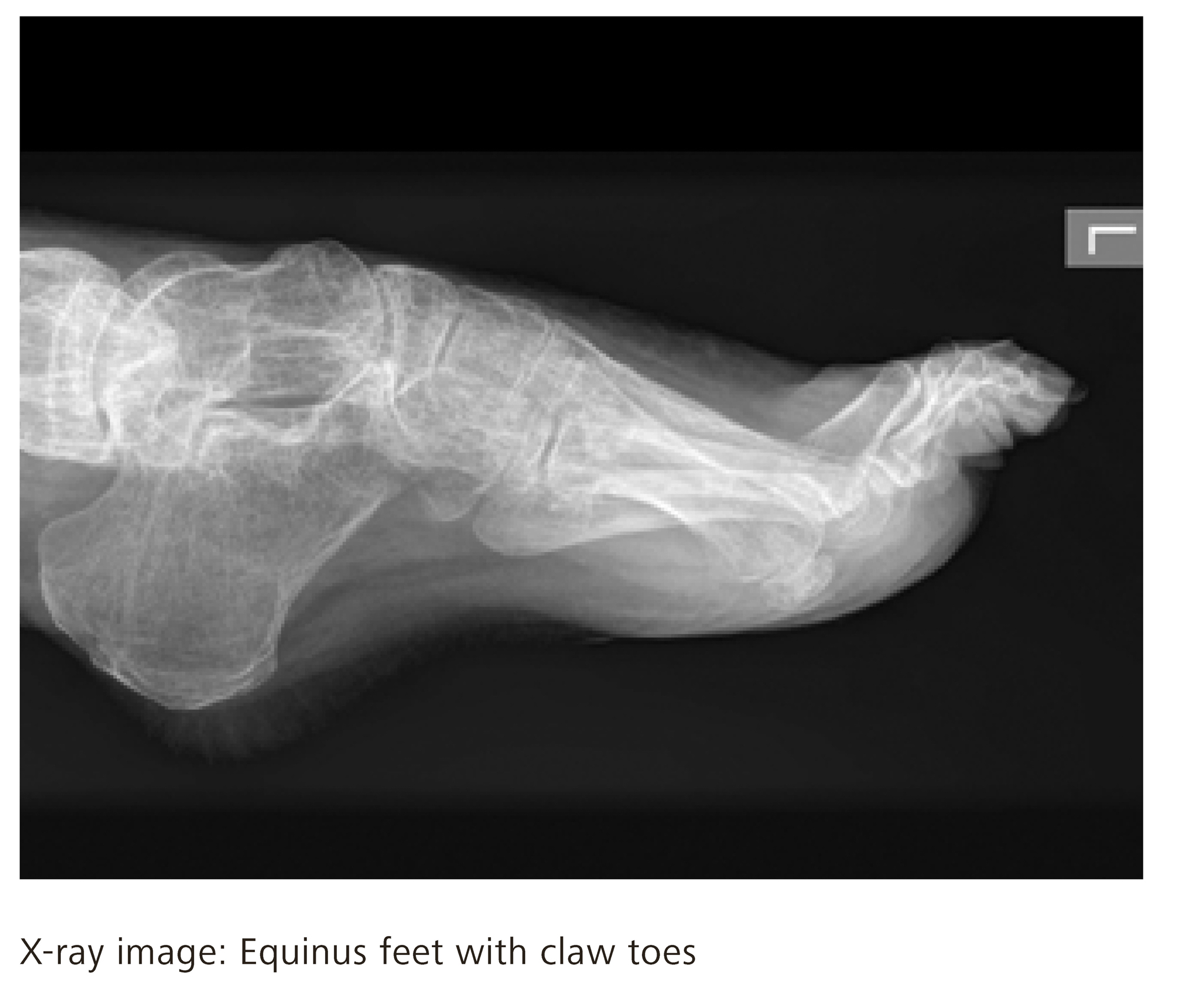 If positioning measures are not performed consistently and correctly, contractures may develop quickly and treating them might take a long time.

After being released from hospital, do I need to go on with equinus foot prophylaxis?

What happens if I rarely wear shoes in the wheelchair or not at all?

The footrests on the wheelchair are normally too narrow for the toes to be supported so that they are hanging down if you are not wearing shoes. This may cause the development of claw feet, which can cause problems when wearing shoes (pressure sores).

What is the best position in bed in order to avoid contractures in the hip and knee joints?

The best position is the prone position since this position stretches the joints.