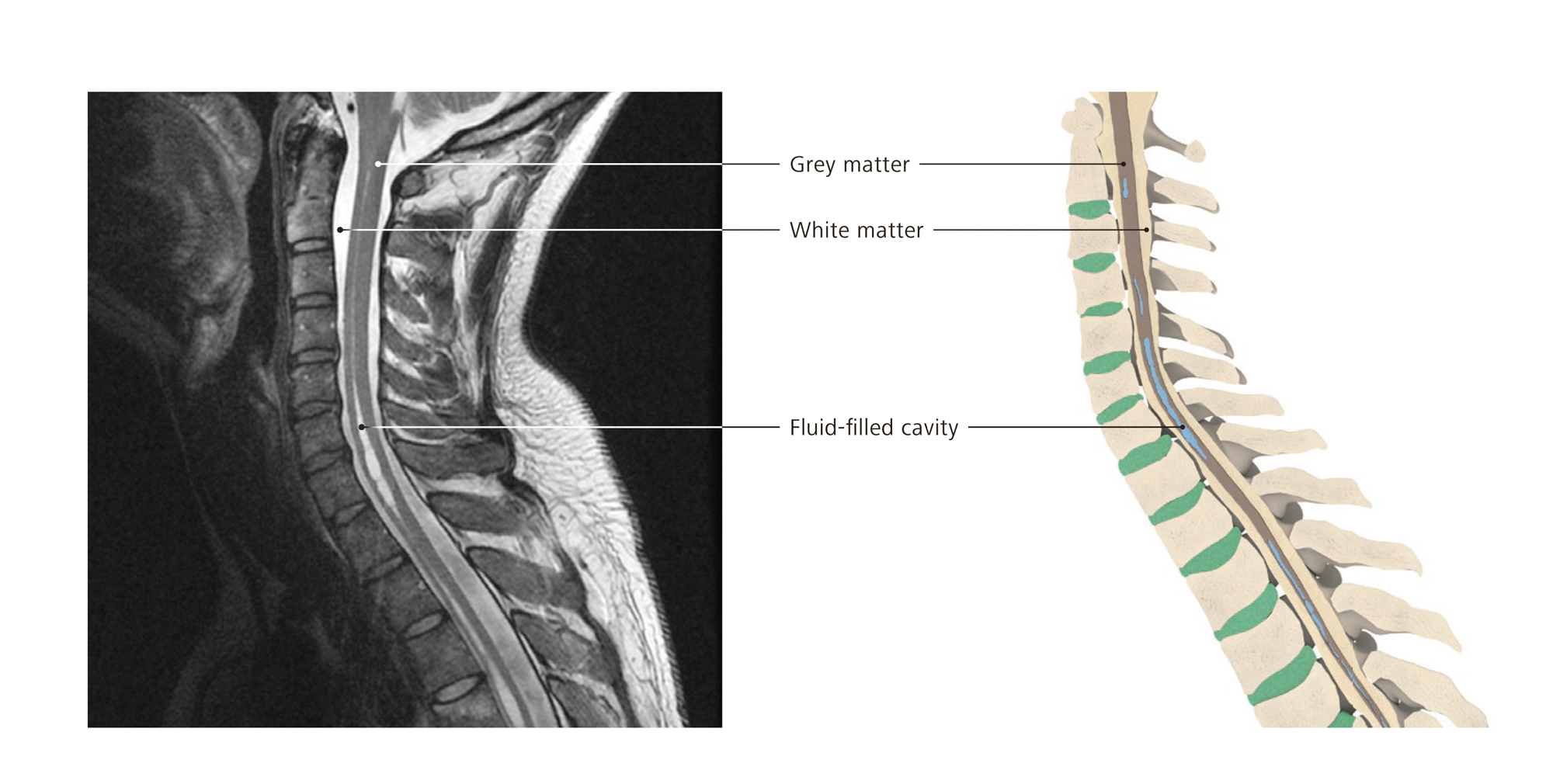 Syringomyelia is a slowly progressing process in which the grey matter of the spinal cord, especially in the cervical and thoracic areas of the medulla, becomes loose and a fluid-filled cavity forms. They are very rare and occur spontaneously (1–2 per 1,000,000 inhabitants) and following spinal cord injuries where they can occur months or even years after the injury.

How is syringomyelia detected?

Initial symptoms are often pain radiating out above the level of paralysis, as well as headaches. Later on, the person experiences a gradual loss of muscle function above the level of paralysis; this process often takes years. Muscle twitching, vegetative symptoms, as well as swellings or redness and loss of sensitivity then come to the fore. Typical symptoms are loss of the ability to feel pain in the arms and hands, as well as weakness of the hand musculature.

Syringomyelia can be verified very simply by means of an MRI scan.

What can be done?

Syringomyelia cannot be healed. Pain therapy and physiotherapy can alleviate the symptoms. Drugs are also used, whereby conventional painkillers are often of little or no effect, and neuroleptics and antidepressants have to be combined.

Attempts are made to alleviate the cause (adhesion) through surgery. In serious cases, the fluid-filled cavity is drained by inserting a tube in the pleura or peritoneum and easing the pressure. The symptoms are generally only partially alleviated, but such draining can often prevent further progress.

As the development of the symptoms is frequently gradual, the disease often progresses for half a year before the people affected even notice it. Over a period of several years, however, the new symptoms can become so significant that surgery is advisable in most cases if there is clear evidence of progress based on a multi-year comparison (annual checks).

The loss of only one centimetre of spinal cord, especially in the cervical part of the medulla, can result in a major loss of independence, e. g. of hand functions or of the elbow extensors or flexors. 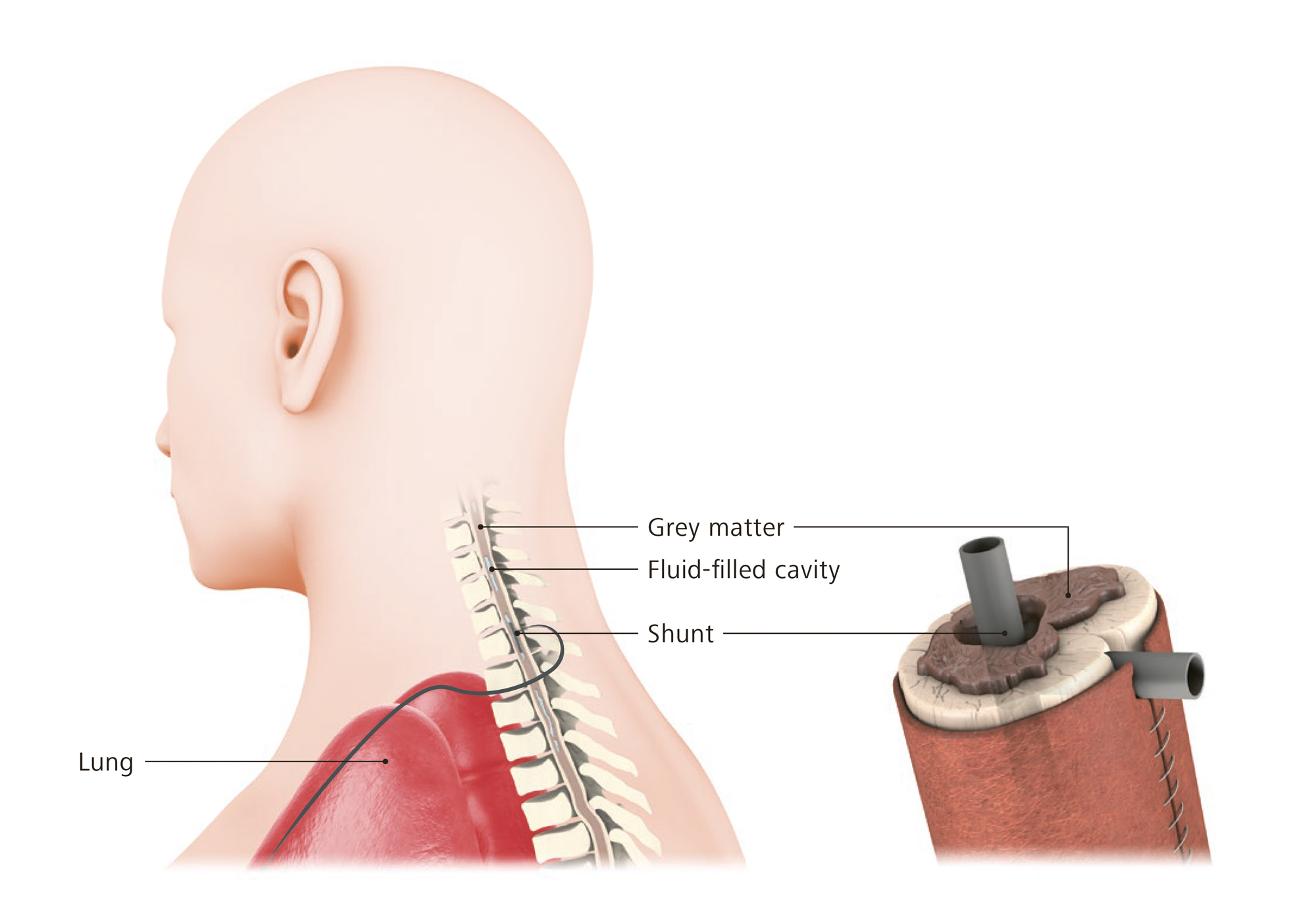