Rehabilitation of the functions of arm and hand in tetraplegics

The arms and hands of wheelchair users are taking over most leg functions. Therefore, it is important to take care of them as well as to train and use them as much as possible from the beginning.

Aspects of optimal rehabilitation of the upper limbs:

Positioning of the upper limbs

The training of functional hands is essential when treating tetraplegics in the early stages. Goal of the positioning is to reach the optimal length of muscles, tendons and ligaments which permits the tenodesis effect. Specialized positioning results in an intentional shortening of the finger flexion muscles and may prevent from developing a "flat or claw hand". The functional hand enables grasping using only one hand, even without an existing finger musculature.

Throughout the initial rehabilitation, learning to coordinate the use of arm and hand as well as to use the functional hand is fostered intensively by applying functional training. If one function is missing, substitution strategies are developed for compensation. Neurological therapeutic treatment concepts such as Bobath or PNF stretching (proprioceptive neuromuscular facilitation) could also be included in the treatment. 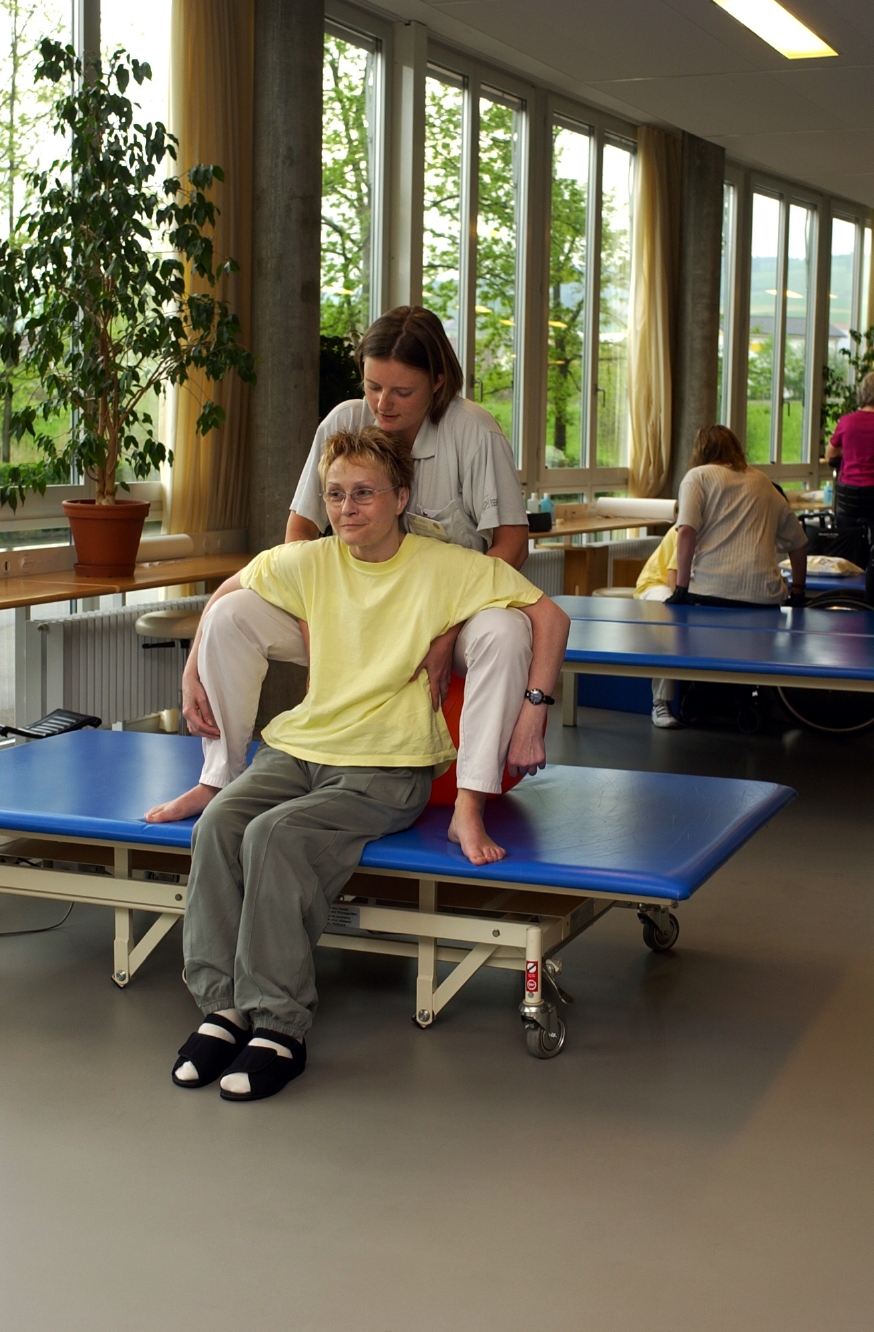 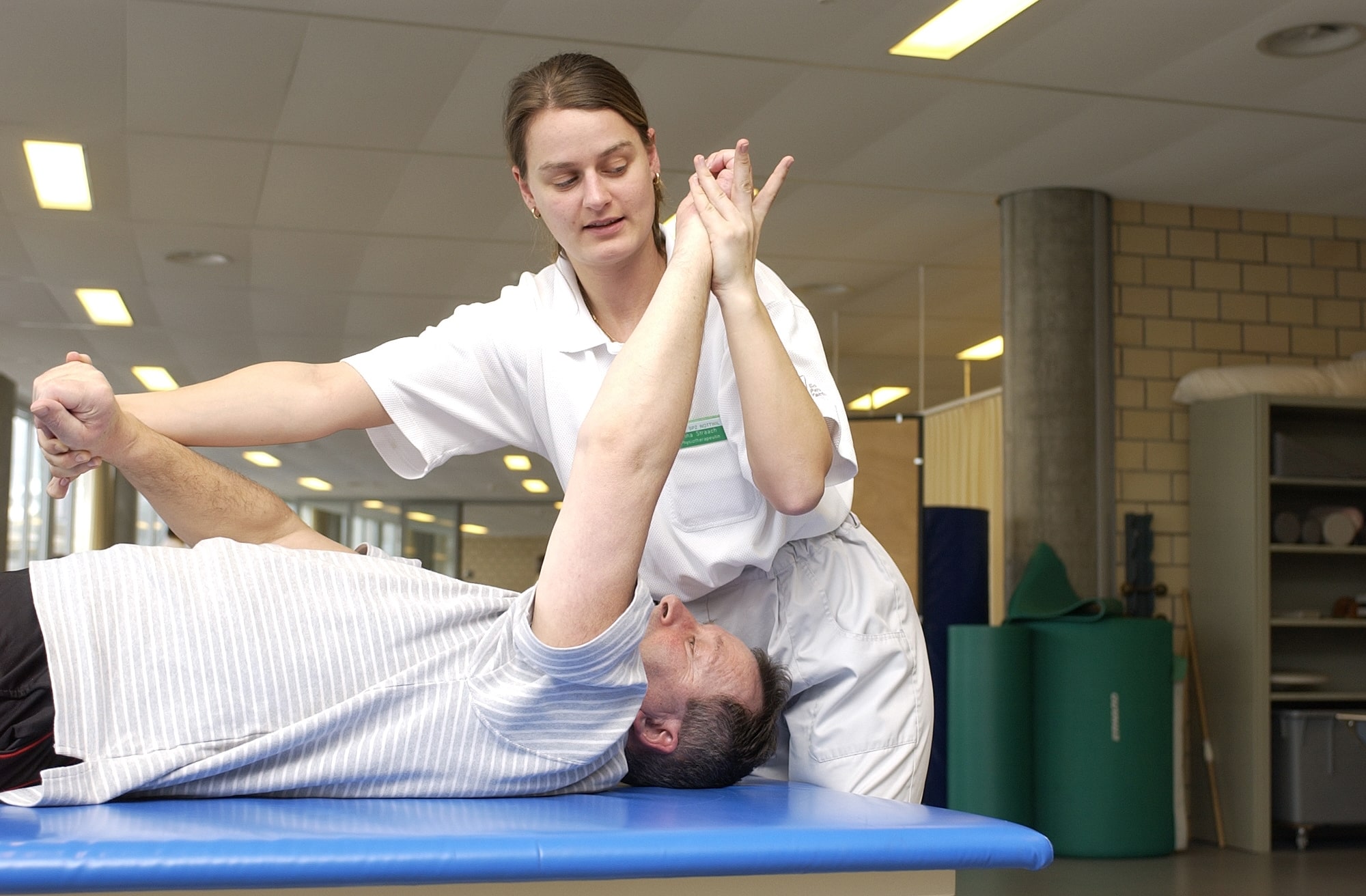 By carrying out activities of daily life such as eating, writing, opening letters, etc., various movements are being trained. Often it is necessary to use mechanic tools and aids, some of which are developed on an individual basis (e.g. by the occupational therapist or in the orthopaedic workshop). Applying them is part of the intensive training. 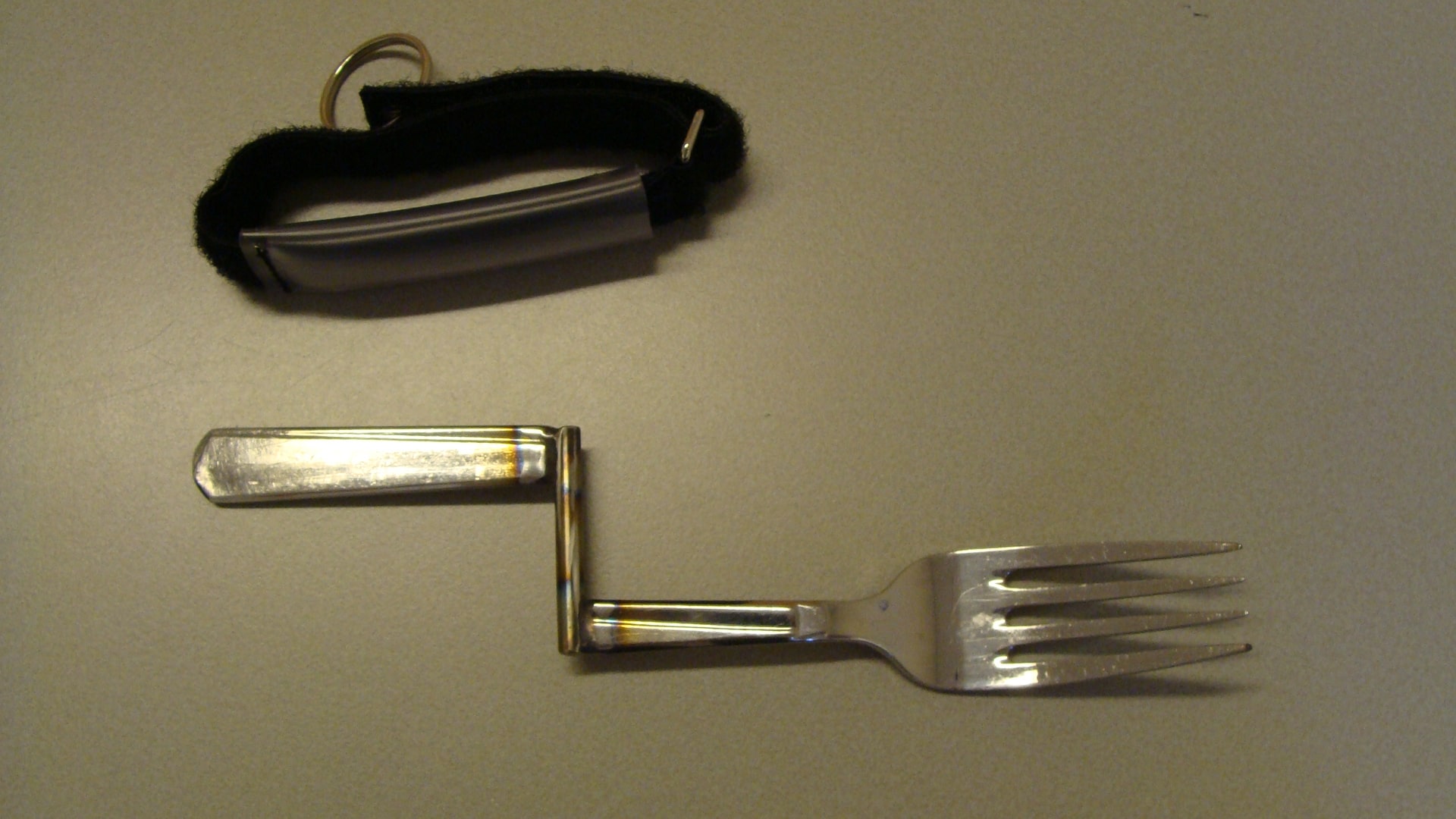 Functional and therapeutic electrical stimulation (FES) is a technology that, by using electrical impulses via the nerve, it indirectly affects the muscle. Electrical stimulation may have a supportive effect on muscle strength or may enable a new functional equilibrium in order to render possible grasping between the flexing and stretching hand muscles. 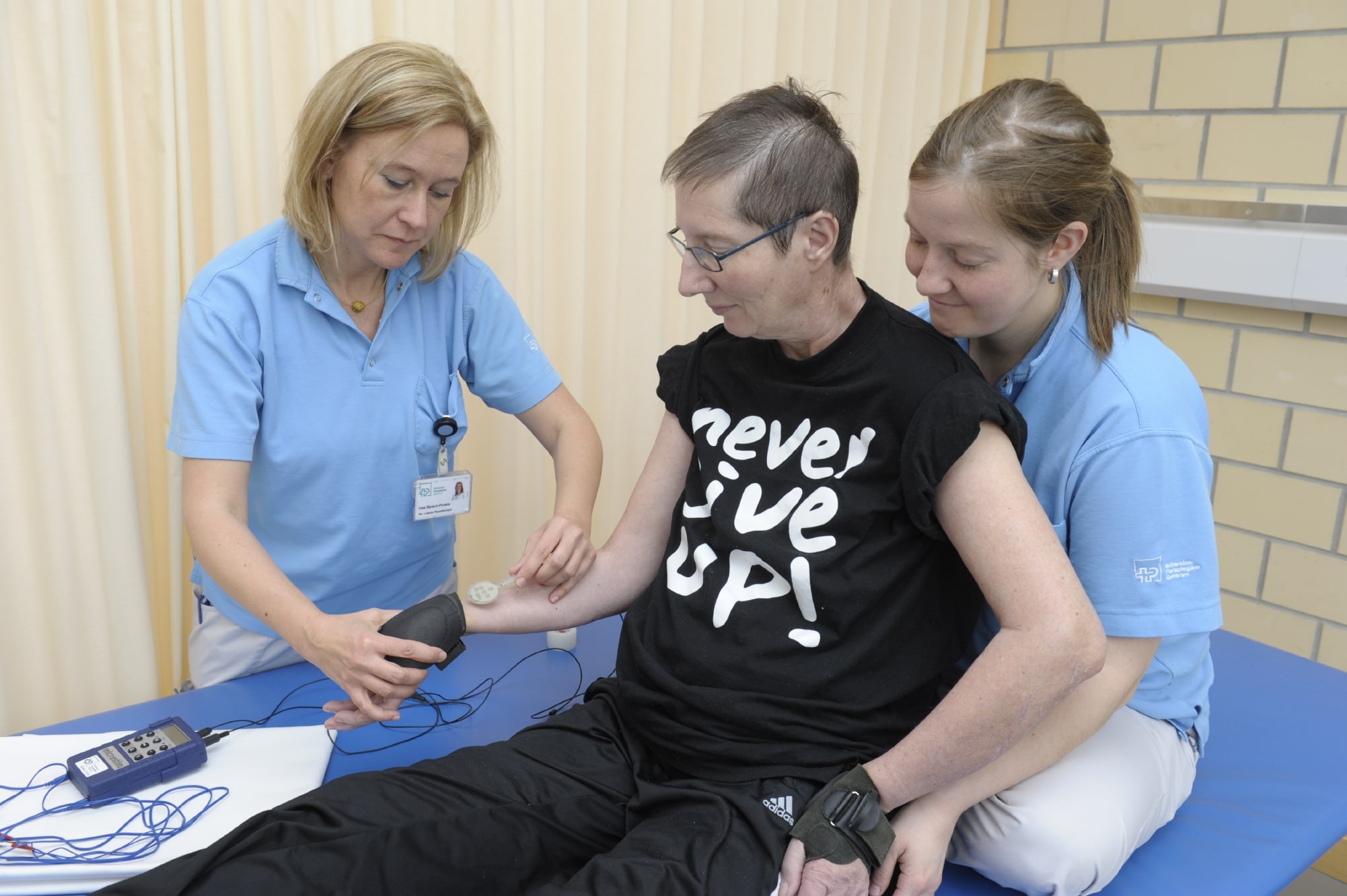 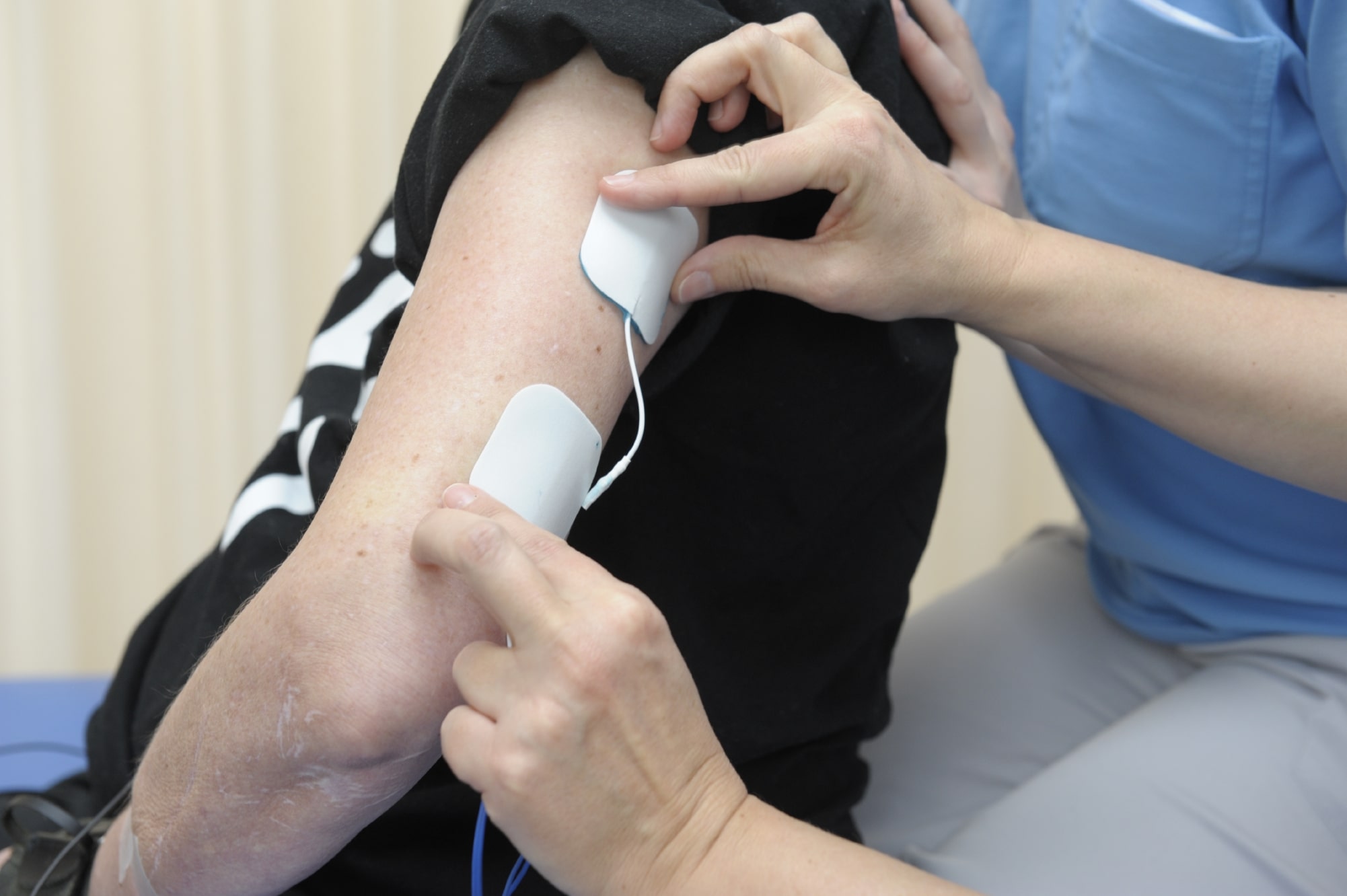 Robotics such as e.g. ArmeoPower or ArmeoBoom are supplementing the range of available therapeutic possibilities. Repetitive and task oriented therapeutic exercises are supposed to restore motor skills. In doing so, the tools only have supporting function when the force is not sufficient. Robotics are increasing the scope of activities and are training strength and perseverance. Some of the therapeutic sessions can be conducted independently; however, the installation as well as the removal of the robotics and the consistency of physiological movement processes should be supervised by a therapist. 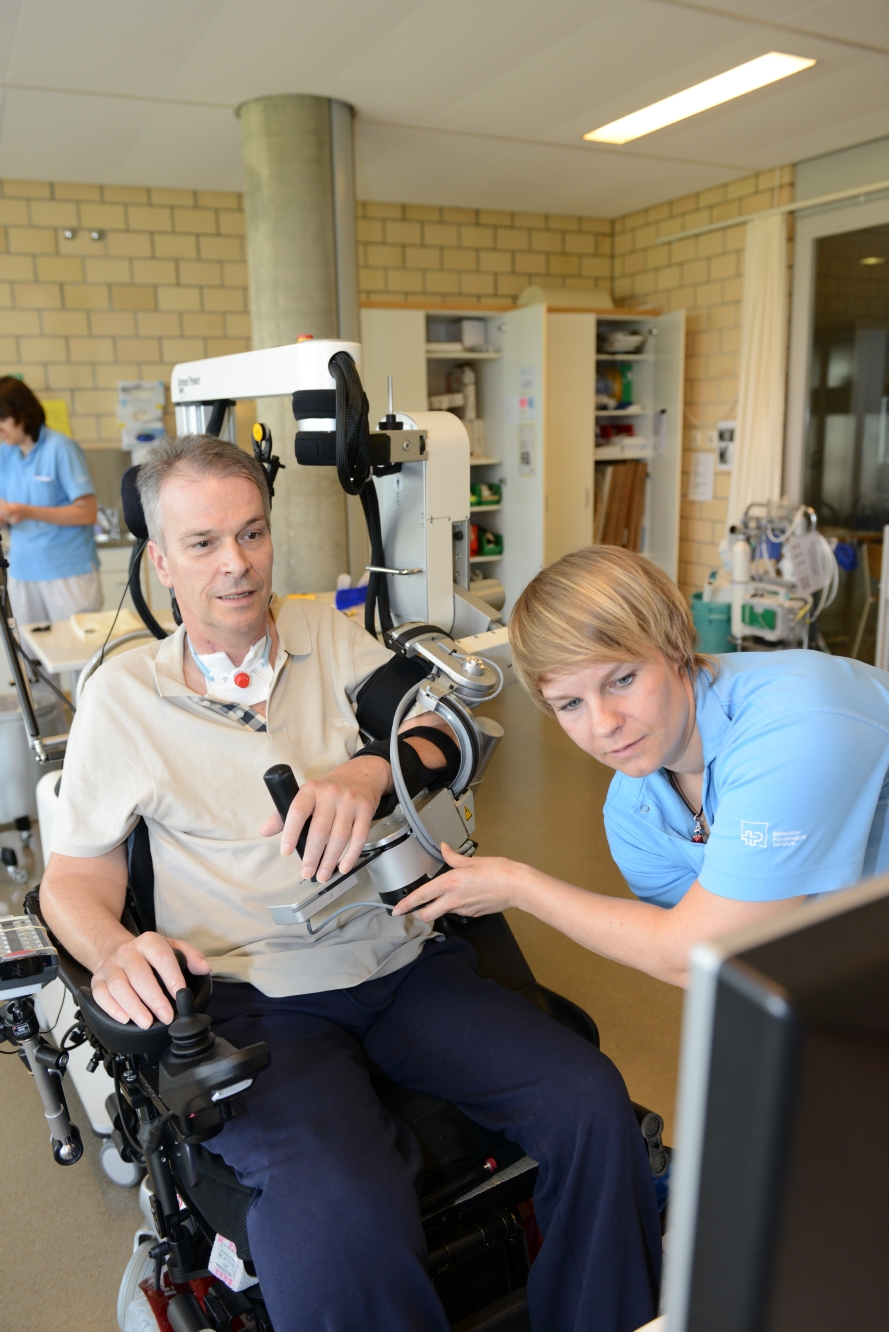 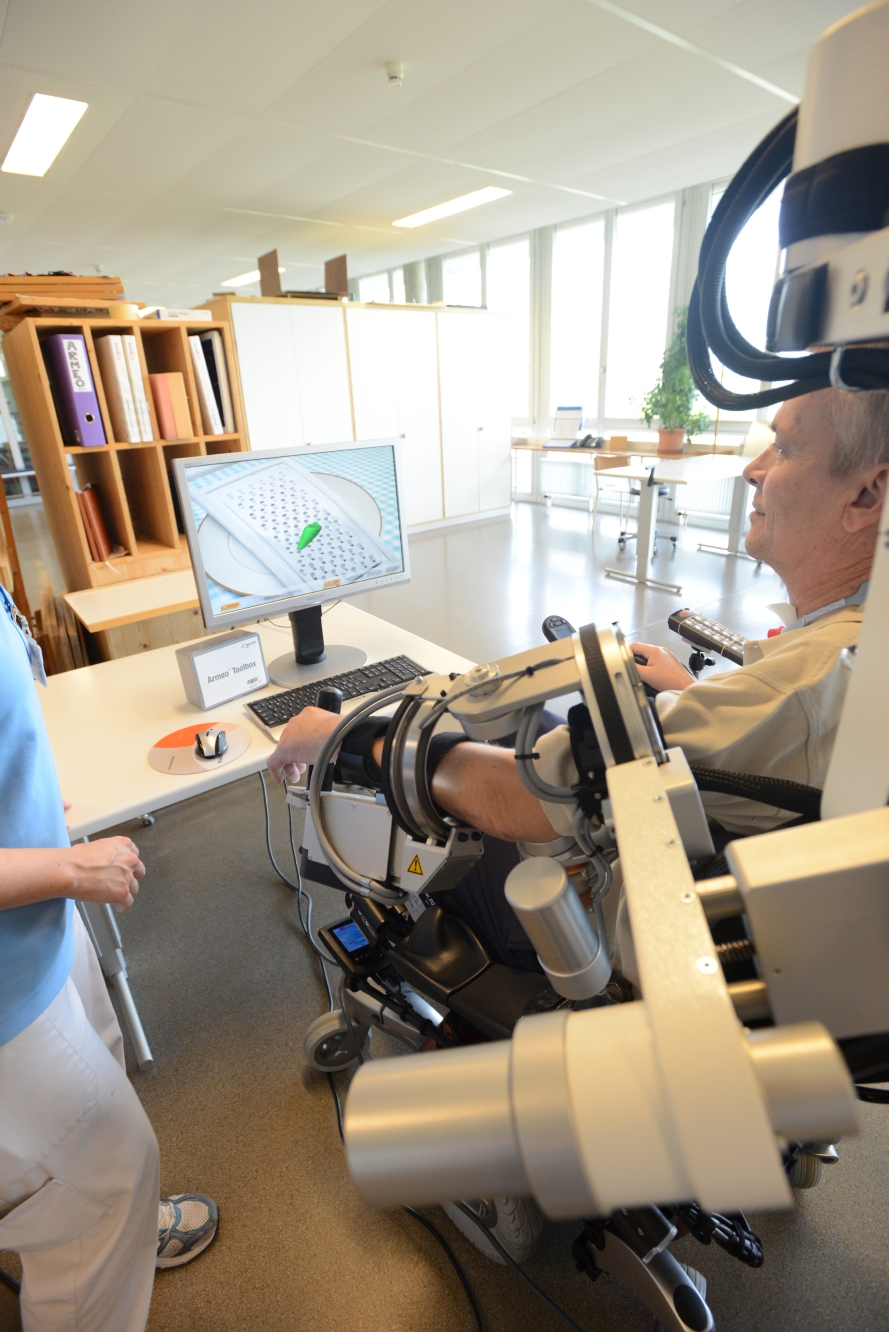 Loss of functioning in the arms and hands with direct influence on independence are of utmost importance for tetraplegics' quality of life. Through surgery it is possible to restore functions partially.

During the hand consultation in a specialised clinic or rehabilitation centre, an interdisciplinary team (tetra hand surgeon, paraplegiologist, physio and occupational therapist) examines the neurological, functional and psychological aspects and possibilities for surgery are suggested and discussed. Since musculature and sensibility might change significantly in the first year after the trauma, possible surgical interventions are usually conducted only after one year.