Will robots take care of us in the future?

We are surrounded by increasingly advanced technology which will change the way we live in the future. We are likely to have surgeries performed entirely by machines, diagnoses made by artificial intelligence, and 3D-printed body parts will replace worn-out or damaged body parts.

On the other hand, the shortage of caregivers continues to be a challenge worldwide. For that, robots have become a more and more popular solution. Let’s look at some existing examples of “robot caregivers”.

Japan: the Asian pioneer in robotics

Japan has invested heavily in health technology to cope with the limited work force to take care of the fast-growing elderly population, with robots as one of the major investments.

There, robots lift patients up, conduct medical examinations, and are conversational partners for the elderly. Pet robots are also popular in the country. Research has shown that pet robots can reduce loneliness, depression, stress and anxiety for the elderly with dementia. 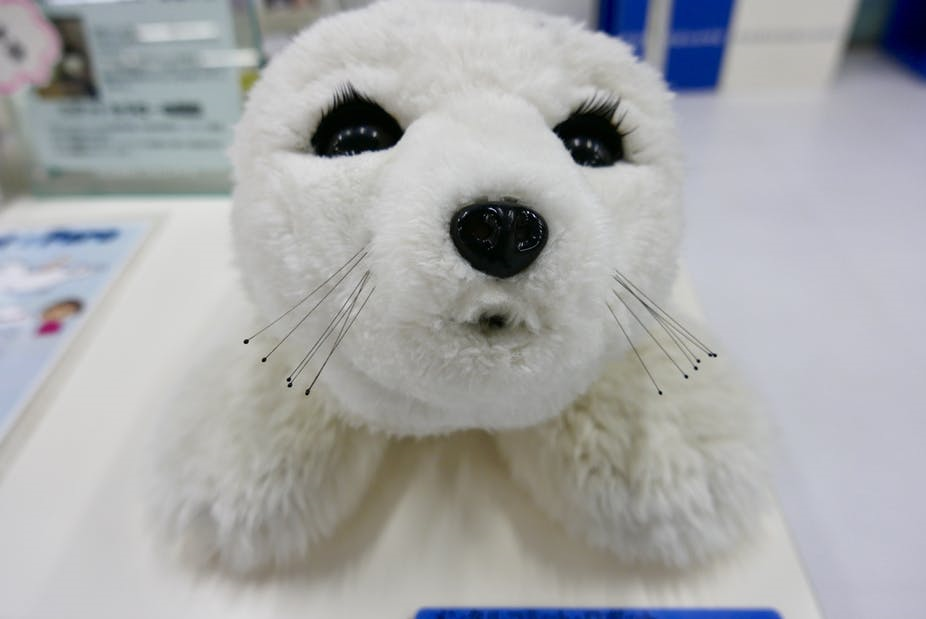 Paro, a therapeutic seal robot, is widely used to interact with people with dementia. (Source: https://theconversation.com/before-replacing-a-carer-with-a-robot-we-need-to-assess-the-pros-and-cons-106160)

In 2018 it was reported that about 500 elder care homes in Japan have used Pepper, the world’s first social humanoid robot for games, exercise routines and basic conversations. In certain institutions like the Shin-tomi nursing home in Tokyo, 20 different robot models are used. The robot use is expected to extend rapidly as the Japanese government continues to bolster the development of elder care robots with more funding.

Germany is another country known to pioneer in robotics. For example, the Fraunhofer Institute for Manufacturing Engineering and Automation IPA has already developed its first service robot called Care-O-bot in 1998. Now the robot has progressed to its 4th generation: Care-O-bot 4. 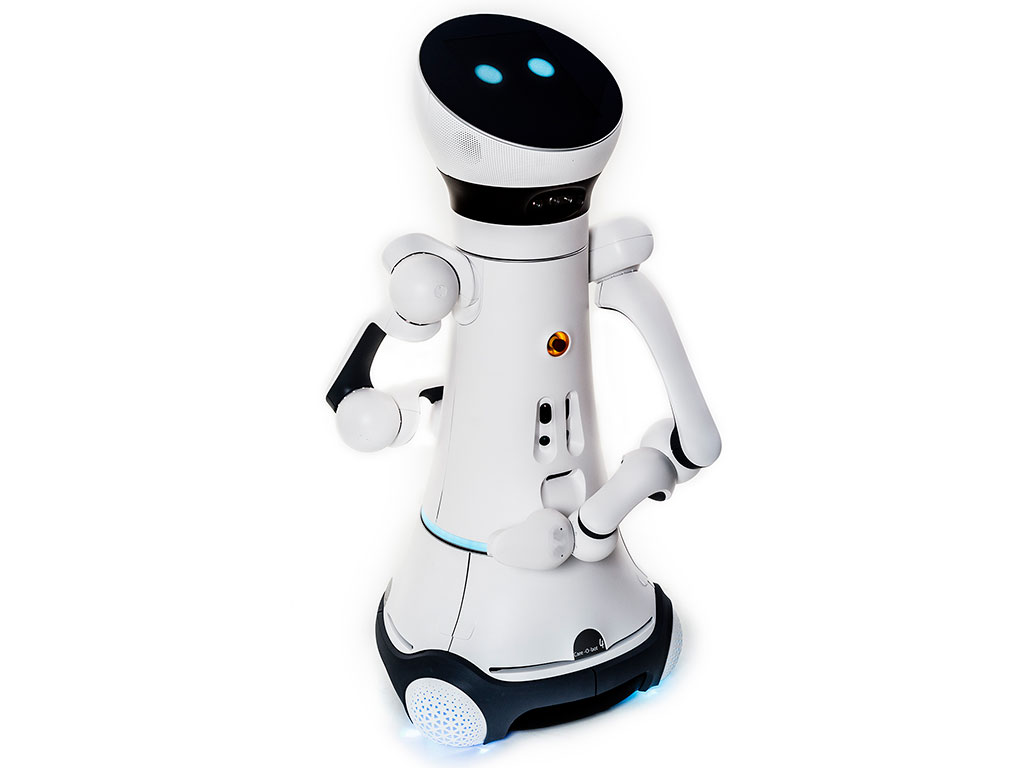 The Care-O-bot 4 is recommended for home use, service sector and industrial settings. At home, it can assist people with household tasks like cooking or cleaning. As for service sector, the robot can be useful, for example, in supporting health professionals and patients. Last but not least, the Care-O-bot 4 can be applied in industrial settings to unload machines or handle transportation tasks.

The robot which helps people with disabilities

Back to Japan, the famous automobile company Toyota isn’t only producing cars but is also developing multitask robots. For example, the Human Support Robot shown in the video should help people with mobility disabilities to live more independently.

The robot offers assistance in daily life and can be controlled with a tablet. It helps with nursing and support tasks around the house such as opening doors or picking up objects from the floor or from high counters.

Robots can work around the clock, don’t get sick, don’t go on parental leave or need holidays. Having a robot caregiver helps improve the quality of time spent with family and friends. Isn’t it the perfect solution? Many say no. Here are some common concerns about robot caregivers:

Human connection: Even if a robot could attend to a person’s basic needs, it couldn’t connect with users the same way a human can. In the end, the robot cannot replace the care and warmth of social human interaction.

Emergency situations: Even if there have been considerable technical progresses, a machine without human feelings and emotions cannot respond in dangerous situations like humans are able to.

Technical glitches: We experience malfunctions with computers and phones daily, and this will most likely occur with robot caregivers as well. The difference is that in such a situation, a malfunction could be dangerous and even fatal.

Robotics still have a long way to go and it’s unlikely that robot caregivers will be the standard in near future, but the presence of robots are getting bigger in the healthcare sector. 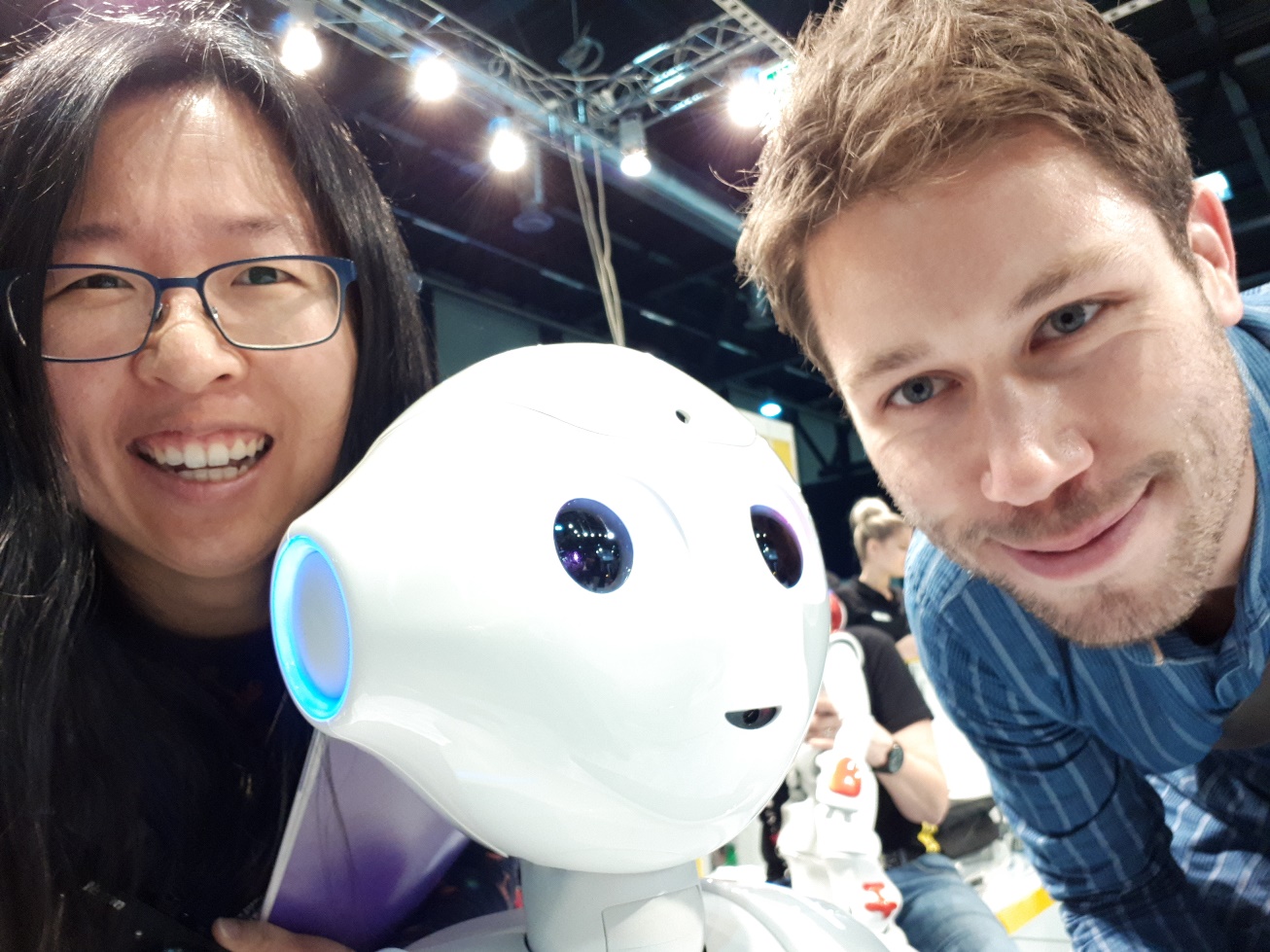 If you like to know more about robots, have a look at the robotics technology work, for example, of Toyota and Honda.

Do you think robots will take over as caregivers in the future? Would you trust a robot to take care of you or your loved ones?