Amberley Snyder: the story of a paralyzed barrel racer

Amberley Snyder has a T11-T12 spinal cord injury resulting from a car accident. Nevertheless, she is a professional barrel racer and a great example of courage, determination and resilience.

In this article, I would like to share with you Amberley’s story, as well as some recommendations she gives to respond to challenges in life.

Have you ever heard of barrel racing? It is one of the most popular rodeo events, which is characterized by quick turns. During barrel racing, the rider and the horse need to perform a cloverleaf pattern around three barrels at a high speed. In this competition, as the horse speeds up, the rider needs to effectively steer the galloping horse around the barrel without knocking the barrel down. That requires high precision and excellent horsemanship skills.

Amberley's horse-riding journey started at a very young age. She has been competing in rodeo events since the age of seven. By her senior year in high school, she won the All-Around Cowgirl World Championship from the National Little Britches Rodeo Association. 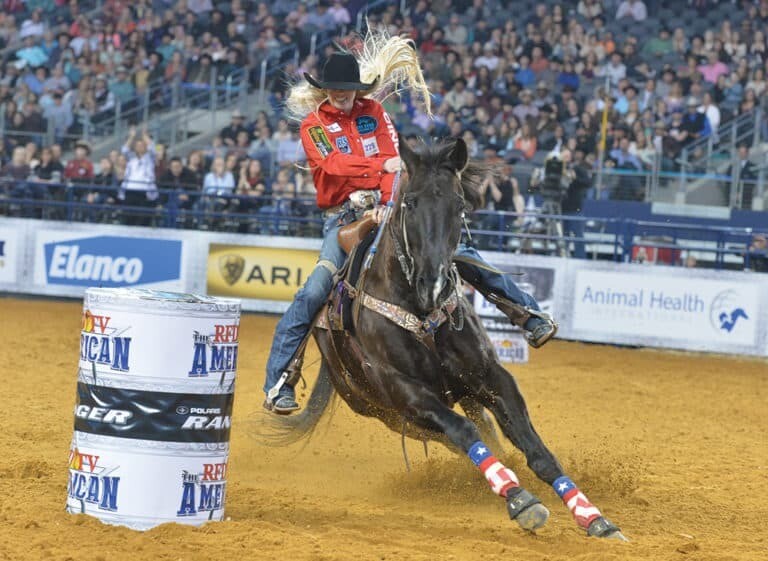 In 2010, a few days before her 19th birthday, Amberley was driving from Utah to the National Western Stock Show in Denver, Colorado. After a gas station stop, she forgot to fasten her seat belt. 10 miles later, she looked down to check her map and got into the other lane. Amberley overcorrected, causing the truck to run off the road and roll over seven times. She was ejected from the truck and hit a fence post, shattering her T12 vertebra, which left her paralyzed from the waist down.

Just four months after the accident, Amberley achieved a big milestone with the ongoing support of her family and coach: She was back on her horse “Power” and felt ready to start training again for rodeo competitions.

During months of trial and error, with the help of physical therapy, and a seat belt on her saddle, she looked for ways to ride again. She adjusted her riding style, learned how to use hand cues instead of leg cues, and trained her horses to pay attention to her voice and hands. Only one year and a half later, Amberley was able to ride and compete in rodeo again. 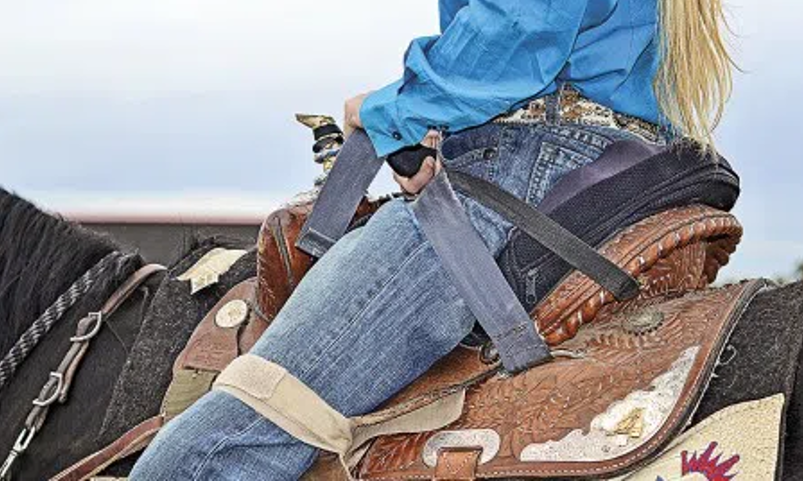 In 2015, fans nominated her to participate at RFD-TV’s “The American” annual event. This competition was a huge turning point in her life, as she realized that she could still compete with the best rodeo athletes and continue chasing her dreams.

Hippotherapy and other animal-assisted therapies are said to have many benefits. Amberley's horses played a big role in her recovery, especially during the first months after her accident. She feels a sense of freedom when she is riding, because the horse replaces her legs. This allows her to compete on the same level as everyone else, as she describes in the following video:

When Amberley was told she could never walk again, she set herself three goals: to walk, to ride and to rodeo. In fact, Netflix released a film named “Walk. Ride. Rodeo.” based on Amberley's inspiring story. Watch the trailer below, featuring Amberley herself as a stunt double performing some of the rodeo scenes!

One of the film's take-away messages is to keep working towards your goals. While it is important to accept that it is OK to have bad days, Amberley believes that the way in which we respond to challenges is determined by our mindset.

“Attitude is a little thing that makes a big difference … Because with the right attitude, who knows what you can achieve?”

With persistence and a clear purpose, Amberley was able to navigate challenges and did not let circumstances or setbacks define her. As a well-known motivational speaker in the U.S., her message to the world is to keep going and to never give up. 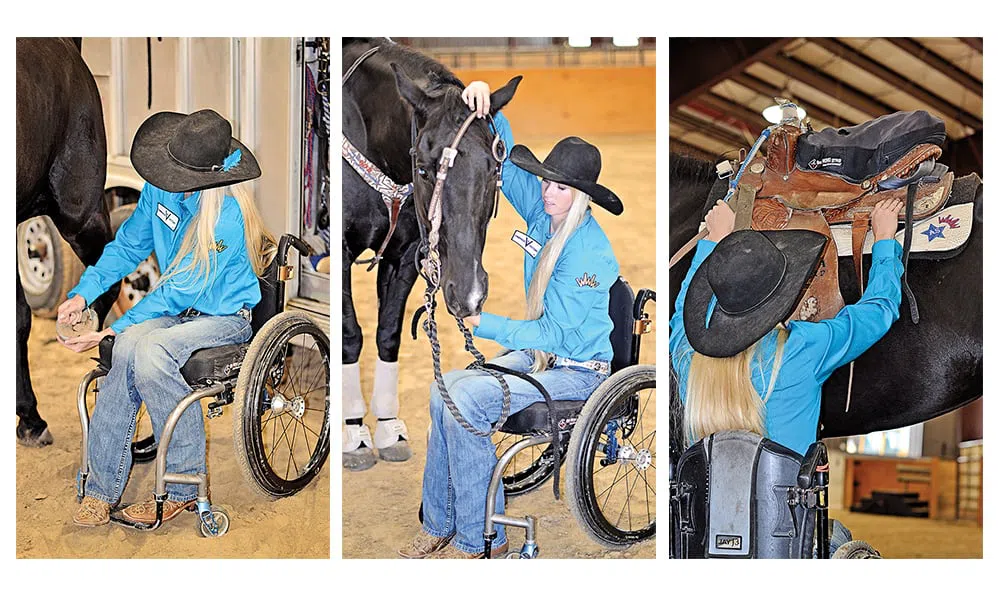 “The feistiest, most determined person I know. Most days I don’t believe what I’m seeing. She gets tired but she just keeps going. Her self-discipline is almost scary.”

Amberley also shares regular updates on Facebook and YouTube, with her "Wheelchair Wednesday" videos. For example, in the following video, she shows a technique she found to lift herself from the wheelchair onto her horse:

What do you think about horses and rodeo? What advice would you give to your younger self or a friend to respond to challenges? 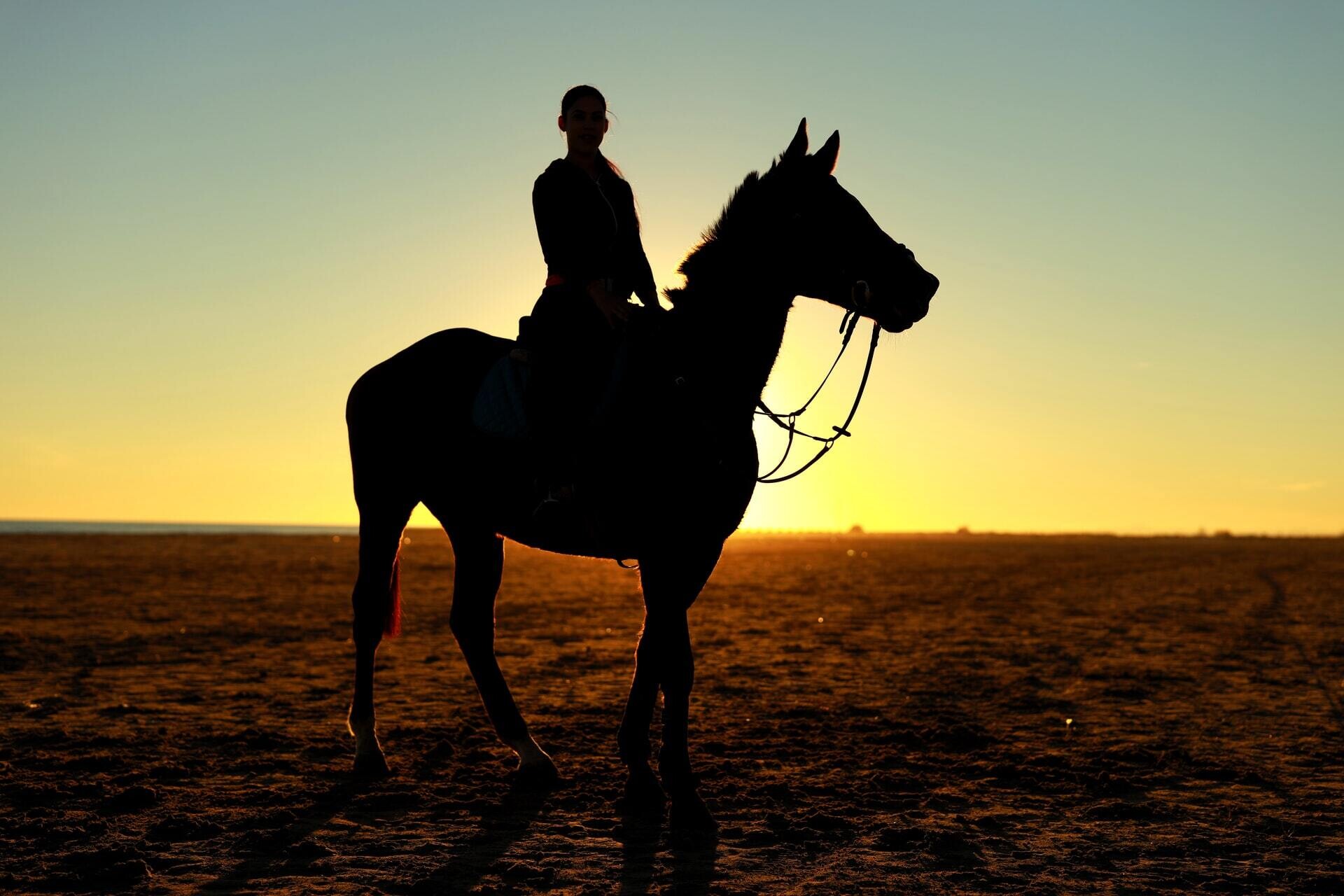