Animal Helpers for People with SCI

Not just dogs but dolphins, monkeys and horses

Since ancient times, animals have been living along with people as pets and companions. They offer unconditional affection and joy to humans. The close relationship between animals and humans has become as natural as a human instinct.

Therefore, animals are often used as service animals or even therapy animals. They offer emotional and physical support to patients and can have amazing effects on people’s physical and psychological health. Here we present some assistive animals which could be useful for people with spinal cord injury (SCI) as well.

Dogs are the most common animals used as assistance animals. They are sensitive to the changes of human facial expressions, behaviors and emotions. This makes them one of the easiest animals to be trained.

Two common types of assistance dogs are service dogs and therapy dogs. They are trained for different purposes: Service dogs help just one person with his/her specific needs. They increase their owner’s sense of independence by handling multiple tasks, for which their owner might otherwise need another person’s help. This makes sevice dogs magnificent companions also for people with SCI.

On the other hand, therapy dogs work with more people in various situations, for example, bringing comfort, reducing stress, improving motor skills and building trusting relationships with other people. For these purposes, two breeds are frequently trained as therapy dogs: Golden Retrievers and Labradors. A study has shown that the interaction between dogs and people boosted the dog owner’s happiness level by releasing oxytocin and improving the emotional state of individuals. 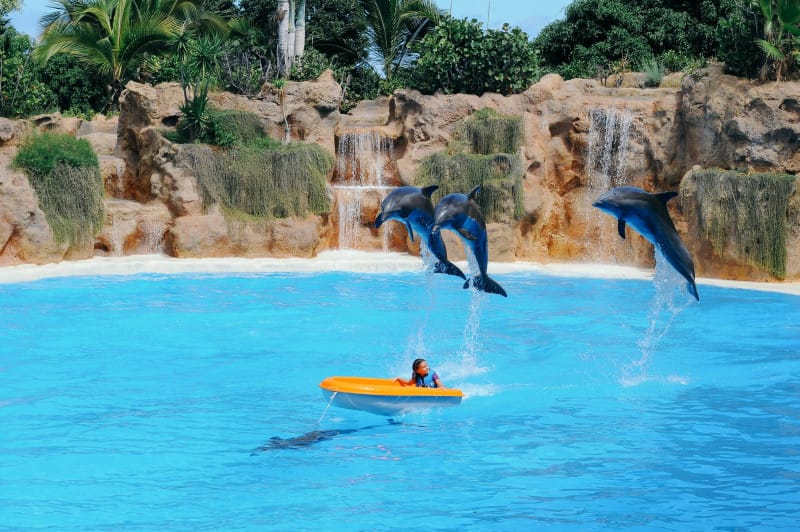 Dolphins as therapeutic animals have become increasingly popular in recent decades. Dolphin-assisted therapies are usually performed in pools with captive dolphins, along with a therapist helping the individuals to engage in specific activities with the dolphins. These therapies are considered to improve motor functions, speech and language abilities. A hospital in the U.S. has already introduced such therapies to their patients with SCI a few years back.

Dolphin-assisted therapies are offered in many tourist resorts. The price is relatively high, depending on the number of sessions and the hotel where the therapy takes place. However, dolphin-assisted therapy is still a controversy in society as many consider it to be unethical or even dangerous. Moreover, there seems to be no relevant proof supporting the dolphins’ beneficial effects on any condition. Therefore, studies are needed to gather proof supporting the beneficial effects of dolphin therapy and how the therapy can be carried out ethically. 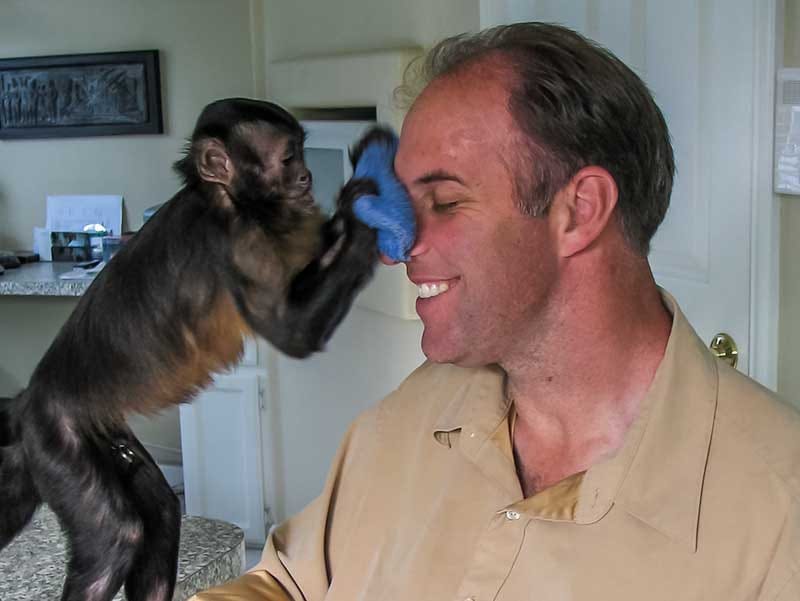 In addition, these furry helpers can also serve as therapeutic animals, helping people with disabilites to cope with depression, loneliness and isolation. The natural curiosity of capuchin monkeys and their physical features make them great companions for people with SCI.

The therapeutic qualities of horses

Another useful animal for people with SCI is the graceful horse. Horses have been used successfully as therapeutic animals for many years, primarily improving significantly postural control and balance. The horseback riding works by moving the riders’ body in a way similar to the human gait. Apart from the physical benefits, horses provide emotional and mental rewards. The therapeutic power of horseback riding is recognized by a number of health professionals and associations, such as American Physical Therapy Association and American Occupational Therapy Association. 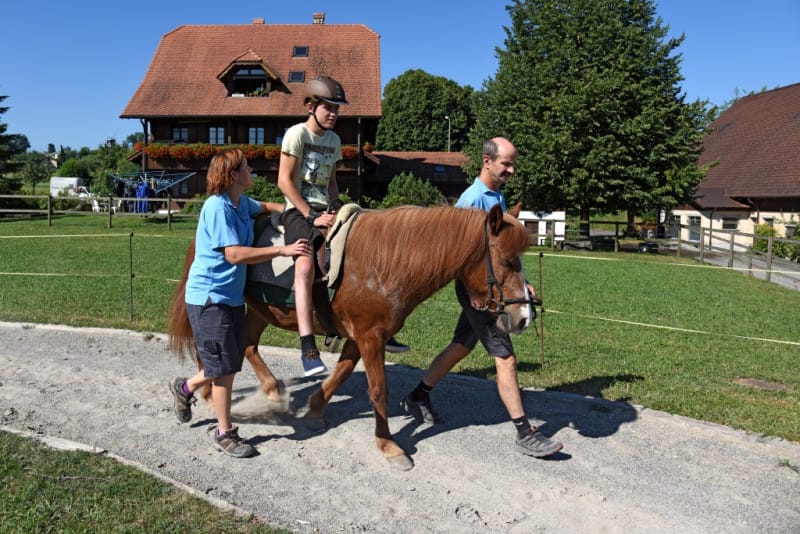 People with SCI use horses to strengthen their body and mind, build character and bring joy to their life. The therapeutic effects of horses could be experienced through either recreational riding with the help of family and friends, or through especially designed rehabilitation therapy programs known as hippotherapy. During hippotherapy, riders enjoy horseback riding under the guidance of professional therapists, guiding both the horse and the rider in order to obtain the best motor and sensory inputs.

Human-animal bond is undeniable. Besides the above mentioned animals, there are many others, such as guinea pigs, cats, birds and rabbits, which play an important role in complementary therapies and provide emotional support for humans.

Have you ever taken part in an animal-assisted therapy? If not, which one would you give a try?