The DIY magic between the interabled couple

YouTuber and his incredible DIY projects with his paraplegic wife

Zack Nelson has a passion in repairing things. In 2012, the American started sharing his passion on his YouTube channel “JerryRigEverything”. From cell phone durability tests to woodwork projects, Zack has now over seven million subscribers on his channel.

His most popular video (with 29 million views!) is on how to install an elevator in his living room: to make the home more accessible for his then paraplegic fiancé, now wife Cambry Kay.

The start of the DIY magic

In a YouTube Q&A session, the couple has revealed that they first met through a dating app. Zack did not make the best first impression as his first question to Cambry via the app was, referring to her wheelchair, “I wanna take you on a date and how would that work?”.

Despite that, the couple went on their first date at a restaurant (where Cambry actually managed to get on her own 😉). They ended up chatting with each other until 2 a.m. Recalling the conversations on their first date, Cambry said she got a little shocked as Zack asked what “upgrades” could be done with her wheelchair. This really impressed her,

“This guy really doesn’t see my wheelchair as a limitation.”

After the successful first date, the two continued dating. Zack also started different DIY projects to improve Cambry’s independence. One of these projects resulted in “Not-a-Wheelchair”. 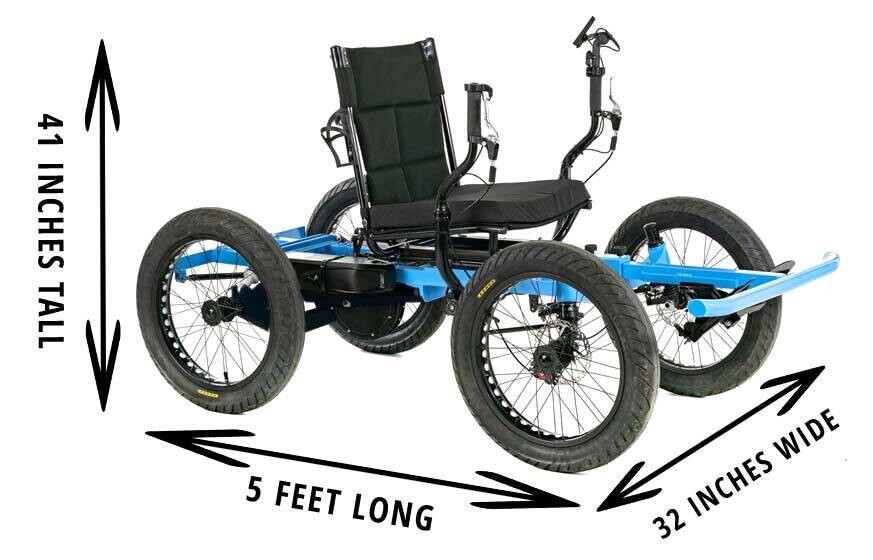 After dating for a couple of months, Zack surprised Cambry with his creation: “The Rig”, an all-terrain adaptive device. It is made from two electric bikes fused together with a seat in the middle. It doesn’t look like a typical wheelchair and therefore, the couple nicknamed it “Not-a-Wheelchair”.

With Not-a-Wheelchair, the couple goes on numerous outdoor adventures together: from the beach to the wild, and even up to the Grand Canyon in the snow! In the video below, Zack and Cambry explain how Not-a-Wheelchair works:

Wedding ring from a wheelchair

Very often people’s impression about interabled couples (i.e., between people with and without disability) stays with the following rather negative and not necessarily real image: an able-bodied partner being exhausted takes care of the disabled partner. With their DIY projects, Zack and Cambry show the world that such couples can also have a fun life like any other couple. Undeniably, the partners need extra effort to make things work while living together, but it shouldn’t be the core or obstacle of a relationship.

Zack and Cambry got married in 2019, and Zack did something really meaningful and beautiful: He made a wedding ring for Cambry using the titanium out of her very first wheelchair. Here’s the story:

The ring is not only unique but also makes Cambry feel much love and respect. She had always thought her wheelchair would deter people from dating her. Now with the ring, she talks about her wheelchair,

“I never thought it would be something someone would want to put in their wedding ring.”

Remember our blog post about the benefits of gardening for people with spinal cord injury? During the pandemic lockdown, Zack built a large raised garden at their home so that both he and Cambry can enjoy gardening independently. In this video, they show how the raised garden was built:

Later in the same year, the raised garden has proved to be a great success with an abundant harvest. Recently, Zack and Cambry gave another annual update about their garden and also introduced their firstborn: Cyrus.

Cambry remembers her first question after getting paralyzed was whether she would be able to have babies. She still had doubts despite the emergency doctor back then told her it was possible. Now she cannot be happier living her dream of becoming a mother, with the love of her life who wholeheartedly dedicates his skills and creativity to fill her life with joy.

What are your experiences with DIY? Have you ever received a gift from your family or friends which makes you feel especially supported as a person with disabilities? 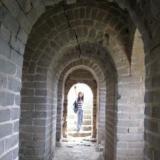 kitwan
This comment was minimized by the moderator on the site

UPDATE: Cambry recently opened up her fertility story on her Instagram. Being told a natural pregnancy would be difficult, the couple went for the IVF treatment. Cambry went through four embryo transfers until she got pregnant successfully with...

UPDATE: Cambry recently opened up her fertility story on her Instagram. Being told a natural pregnancy would be difficult, the couple went for the IVF treatment. Cambry went through four embryo transfers until she got pregnant successfully with baby Cyrus. It was a really difficult journey that she needed to take a break in between to address her fears and get mentally strong again with a mindset coach. “Life can be challenging or uncertain that a bit of kindness from others can go a long way,” she explained why she shared her fertility story openly. Read her full story here.

Read More
There are no comments on this topic yet.
Be the first to comment!