The “secret life” of interabled relationships

Love is a universal concept, which everyone knows and feels. However, not all kinds of love are well accepted and respected. For example, via protests and campaigns, relationships like LGBT are getting more public attention in recent years. However, there are still many prejudices about them. There is another kind of relationship which faces a similar situation: that’s interabled relationships.

Interabled relationships: not a superhuman phenomenon

Born with spinal muscular atrophy, Ben Mattlin graduated from Harvard and has an outstanding career in journalism. He is married to an able-bodied woman, with whom he has two daughters and two pets.

Ben’s wife loves him for his confidence and sheer determination. However, many strangers think she married him for his wealth. Sometimes people think she is his sibling or nurse. When they are told she’s Ben’s wife, she suddenly becomes a saint.

Such experiences have prompted Ben to look into interabled relationships. He was curious to find out if such a relationship is as unusual as some people think it is. He talked to more than a dozen other couples of varying abilities, ethnic backgrounds and orientations. As a result, he published a book called “In Sickness and in Health: Love, Disability, and a Quest to Understand the Perils and Pleasures of Interabled Romance”.

In a recent video, Ben talked about his views on why interabled relationships are often being looked down on or looked up to. He shared that interabled couples are often stronger couples than many “normal” couples because they tend to know their partner’s vulnerabilities early on. He also pointed out that partners in every couple make sacrifices for each other. Therefore, such sacrifices are not heroic acts which exist between interabled partners only. 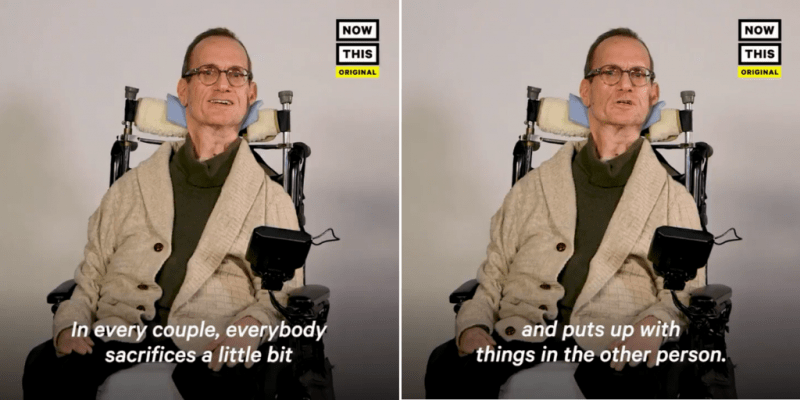 Also diagnosed with spinal muscular atrophy, Shane Burcaw is a 26-year-old American writer, public speaker and charity founder. He has been dating his able-bodied girlfriend Hannah for over two years. They are one of the interabled couples Ben talked to. 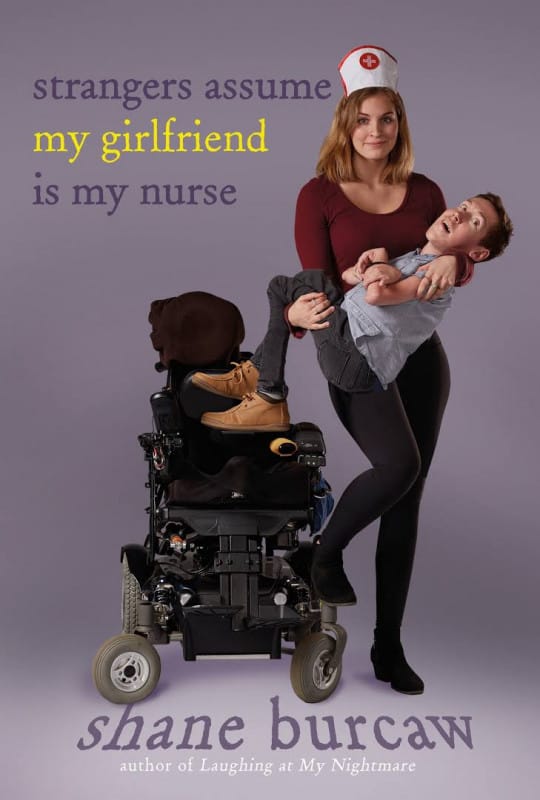 Shane shared that people tend to make assumptions about his capabilities and his relationship with Hannah, which he finds absurd and sometimes hurtful. For example, Shane once asked for the check at a restaurant when Hannah was in the bathroom. Instead of bringing the check, the waitress came back later to Hannah with the question, “he asked for the check. Is that okay?”

Another absurd moment for Shane and Hannah at restaurants happened on one of their first dates, when someone came over to them and prayed for their happy life. Over time, Shane “collected” enough weird stories to publish in books. In fact, his third book “Strangers Assume My Girlfriend Is My Nurse” will be released in April 2019.

In addition, Shane runs a non-profit organization which has the same title as his blog: “Laughing At My Nightmare”. From time to time, Shane would share his odd experiences at schools, where he gives talks via Skype on the topic of embracing and respecting differences. Donation raised from talks will fund the equipment grant for people with muscular dystrophy.

In June 2018, Shane and Hannah started a YouTube channel to share with people how they navigate their life together as an interabled couple. So far, their channel has already attracted more than 210,000 subscribers.

Here is one video they’ve uploaded to their channel recently. In the video, Shane and Hannah showed us one of their fun activities as interabled couple.

Cole, a C5-C6 quadriplegic, has been dating able-bodied Charisma for over a year. Despite their differences in both physical conditions and racial backgrounds, their families and friends are all supportive to their relationship. Indeed, the couple shared that they’ve been lucky and received no negative comments so far about their relationship.

The couple stated that dating a partner with a disability does not mean that one has to give up activities which the partner can’t do. Interabled relationship is about adaptation but not accommodation. The key of a successful interabled or any kind of relationship is to learn how to live with each other’s differences.

Like Shane and Hannah, Cole and Charisma also started a YouTube channel last year named “Roll with Cole & Charisma”. They hope to help people understand more about accessibility and dating in a wheelchair by spreading positivity with their vlogs.

Last year, Cole had a routine operation on his bladder. The day of the operation has been documented and uploaded to their YouTube channel on the last day of September – the “Spinal Cord Injury Awareness Month”. Watch it: it’s not scary but full of love!