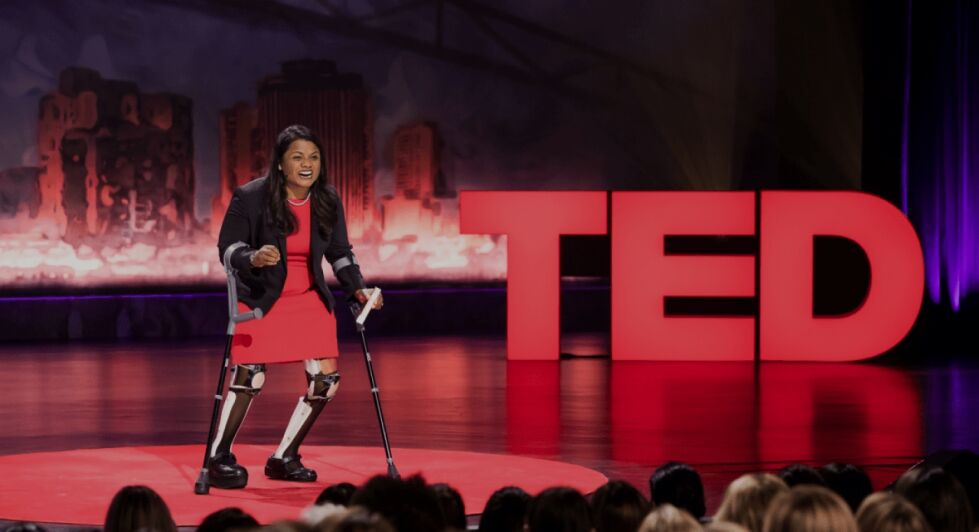 When Disability Takes the Stage

Since its creation in 1984, TED has grown from a yearly event to a viral video phenomenon. TED stands for “technology, entertainment, and design”. Owned by a non-profit organization, its purpose is to spread ideas in the form of talks that last 18 minutes or less. Meanwhile, TED talks cover a wide variety of topics in more than 100 languages, and guest speakers include people from every discipline and culture.

In the following, I have gathered five TED Talks by heartening individuals which have impressed me a lot. The speakers are affected by one or more disabilities. In the talks, they shared their experiences with their disabilities in diverse contexts.

Joshua Prager: In search of the man who broke my neck

Joshua Prager once dreamt to become a baseball player or a doctor. However, he became paralyzed at the age of 19, and suddenly, all his big dreams were replaced by re-learning to live. Twenty years after the injury, he returned to Israel, determined to find the driver who turned his world upside down. This search has prompted Joshua to think further about nature, nurture, self-deception, and identity.

Joshua Prager is an American journalist and author. He writes for print media like Vanity Fair, The New York Times and The Wall Street Journal. His publications include “The Echoing Green”, which was a Washington Post’s Best Book of the Year, and “Half-Life”, which is about his recovery from a bus crash that broke his neck.

Minda Dentler: What I learned when I conquered the world’s toughest triathlon

The legendary Ironman triathlon in Kona, Hawaii is a must for champion athletes. Contestants have to finish a race with a 2.4-mile swim, a 112-mile bicycle ride, and a full-length marathon. In the talk, Minda Dentler shared the story of how she conquered this extreme race with no breaks in between, and what the race inspired her to do next.

Minda Dentler contracted polio as an infant in India, resulting in the paralysis of her legs. She was able to walk again with mobility equipment after she received medical care supported by the American family who adopted her at the age of three. Her life is one of courage and determination. In 2013, she joined the Ironman World Championship in Kona, Hawaii, and became the first female wheelchair athlete to complete the Championship.

Stella Young: I’m not your inspiration, thank you very much

Stella Young was an Australian comedian and journalist. She was born with osteogenesis imperfecta, a genetic disorder that causes bones to break easily. She became an active disability rights advocate since the age of 14 and remained active in the disability community in various ways until her death at the age of 32 on December 8, 2014.

Mark Pollock and Simone George: A love letter to realism in a time of grief

In the talk, explorer Mark Pollock and human rights lawyer Simone George explored the tension between acceptance and hope in times of despair. The Irish duo shared how they responded to life’s toughest circumstances. They also shared their groundbreaking work to cure paralysis.

Mark Pollock was the first blind person to reach the South Pole. Despite his blindness, Mark has competed in numerous ultra-endurance races across deserts, mountains, and the polar ice caps. In 2010, Pollock was left paralyzed after falling from a second story window. To find out more about his background and contribution to paraplegic research, read this article on the Community.

Simone George is a human rights lawyer and activist. Together with his fiancé Mark Pollock, she co-runs the Mark Pollock Trust as well as other projects to connect people around the world to fast-track a cure for paralysis. Their collaboration with groundbreaking scientists and robotic engineers in finding a paralysis cure is featured in a documentary called “Unbreakable”.

In this compelling TED Talk, Janine Shepherd, former cross-country skier, shared her Olympic dream and her appreciation for life passionately. Her dream ended abruptly when she became paraplegic due to a car accident shortly after her training bike ride. In the talk, she did not share how she could walk again. Instead, she focused on what is more important: don’t let your body be the limit. It’s your mind and spirit that matter.

Janine Shepherd is a “walking paraplegic” from Australia. Her career as an athlete ended after she was accidentally hit by a truck. Many thought she would never walk again, and the doctor did not even expect her to survive the accident. However, she started learning how to fly when she was still encased in a full body cast. In the end, she did not only get her private pilot’s license but was teaching people how to fly – and all that just under 18 months after she’d left the spinal ward. Meanwhile, she is the author of six books and a motivational speaker. In 2001, she was awarded a Member of the Order of Australia for her service to the community and her profound support to spinal cord injury research.