Tips for a trip in wheelchair to Seoul and South Korea – where tradition and modern age meet.

Since the vaccination campaigns are gaining speed, there is hope that we may be able to travel to distant countries again soon. Today we therefore present tips for traveling to one of the coolest cities in the Far East: Seoul.

South Korea, also called “land of the morning calm”, is a small but unbelievably interesting country with lots of charm.

Within only a few decades, its capital Seoul has developed from a by war impoverished city to one of the most densely populated, wealthiest and technologically highly advanced places of the world. Today Seoul is a large metropolis with a mixture of skyrises, an ultramodern subway system and pop culture with historic buildings, temples and street markets. 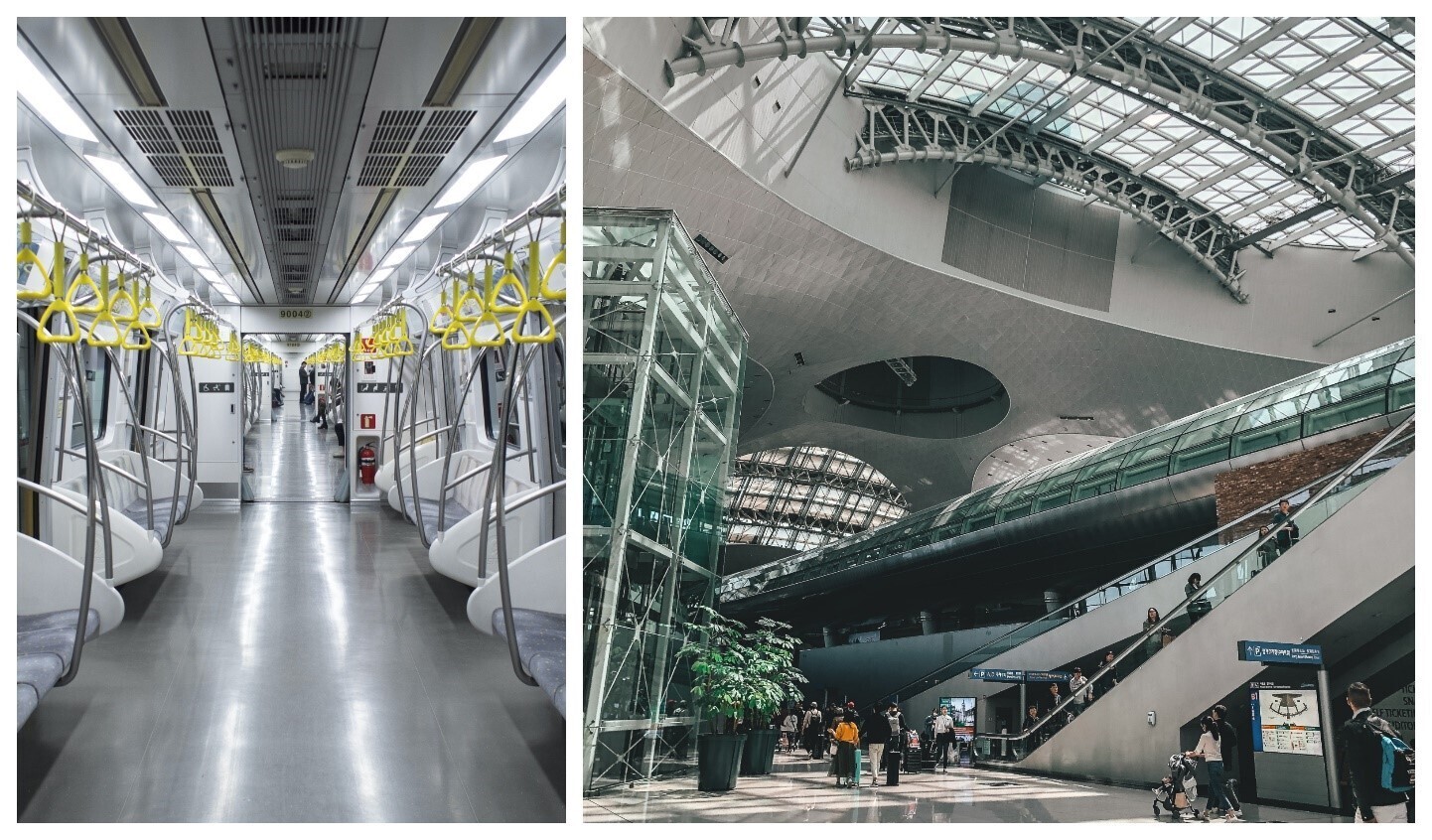 The airport of Seoul is one the best in the world and has received numerous awards. It offers various services for disabled people and is very clean. The airport is connected to downtown by the Airport Express where all stations and trains are entirely accessible.

To get around in the city, the subway is a comfortable option. It is very efficient and affordable. Almost all stations are equipped with an elevator or stairlift and the signs are in English. Note, however, that the subway may be overcrowded, especially during rush hour and that it is a little complex to understand. We therefore recommend planning your trip in advance or to also download the respective app.

Most of the busses in Seoul are wheelchair accessible. However, traveling by bus is not the best choice due to traffic and the drivers whose driving style is rather rough.

To travel more comfortably, it is recommended to take a cab at a fair price. The wheelchair accessible cabs are yellow vans equipped with a ramp or a lift. 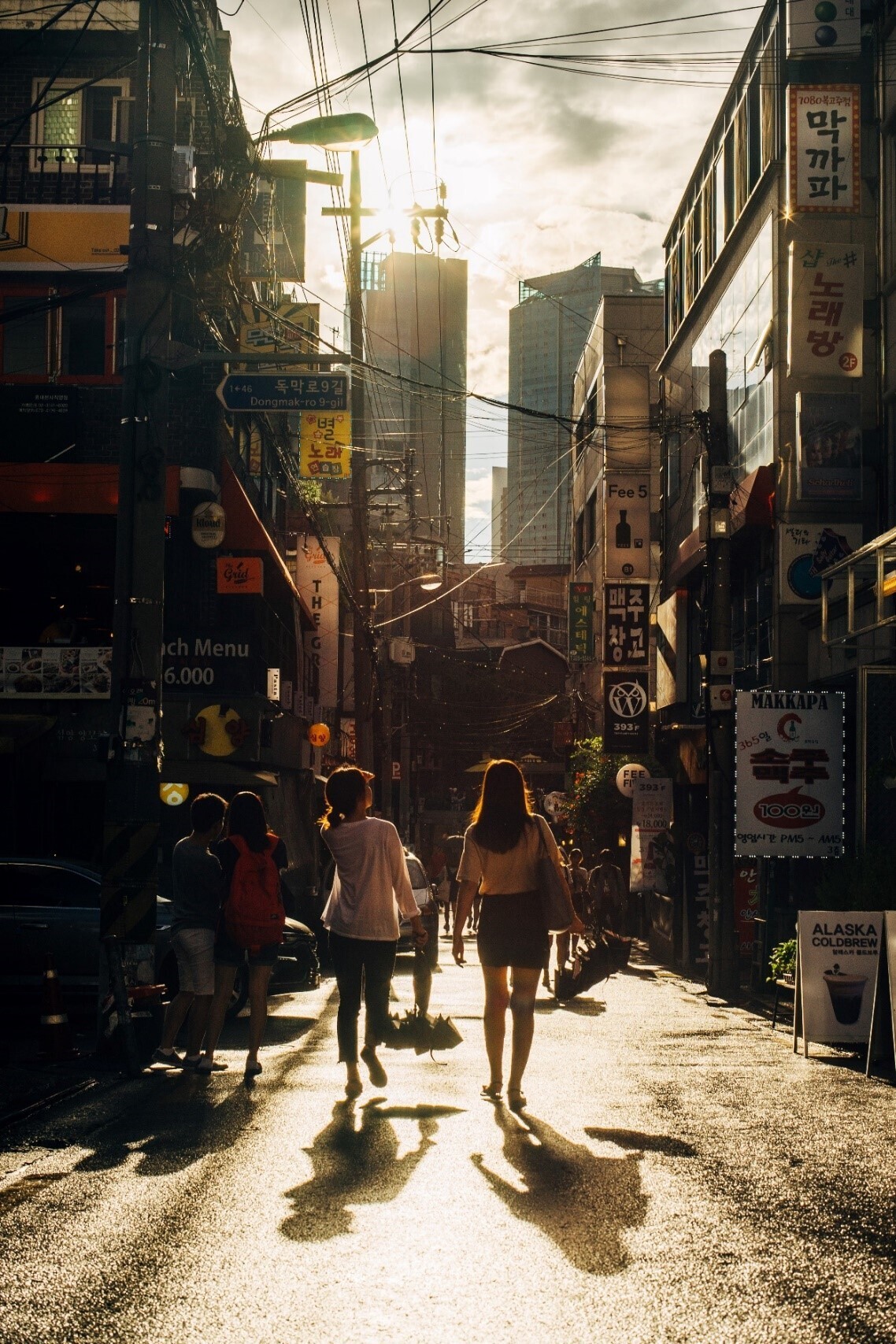 Moving on the roads of the city works relatively well although sometimes they are overcrowded. Unfortunately, while some streets are accessible, they are paved with rounded stones which makes them less easily accessible.

It is required by law that all public buildings must be equipped with elevators, ramps and accessible washrooms, especially museums, shopping malls and most of the tourist attractions. However, some buildings may have one or several steps – this is often the case in Asia so that the rainwater doesn’t enter during the rainy season.

If you need help, the residents are incredibly friendly. They like to help when you ask for directions, for example, or when you ask for directions or need help with the wheelchair. Some people, particularly young people and in tourist areas, speak some English. If not, you can call 1330, a 24-hour hotline which supports international Tourists during their trip in Seoul and South Korea.

Woman in traditional Korean clothing in front of the Gyeongbokgung Palace.

The city offers many attractions. Several websites make suggestions and give descriptions about the best wheelchair accessible places. There are also many agencies that offer guided tours.

One must-see is certainly the Gyeongbokgung-Palace built in 1395. It is the largest and likely most beautiful of the city’s five palaces. There you can wander through the vast gardens and try on traditional clothing.

Near the Palace also lies the center of Korean Buddhism: the Jogyesa-Temple with ancient robinias and pine trees. 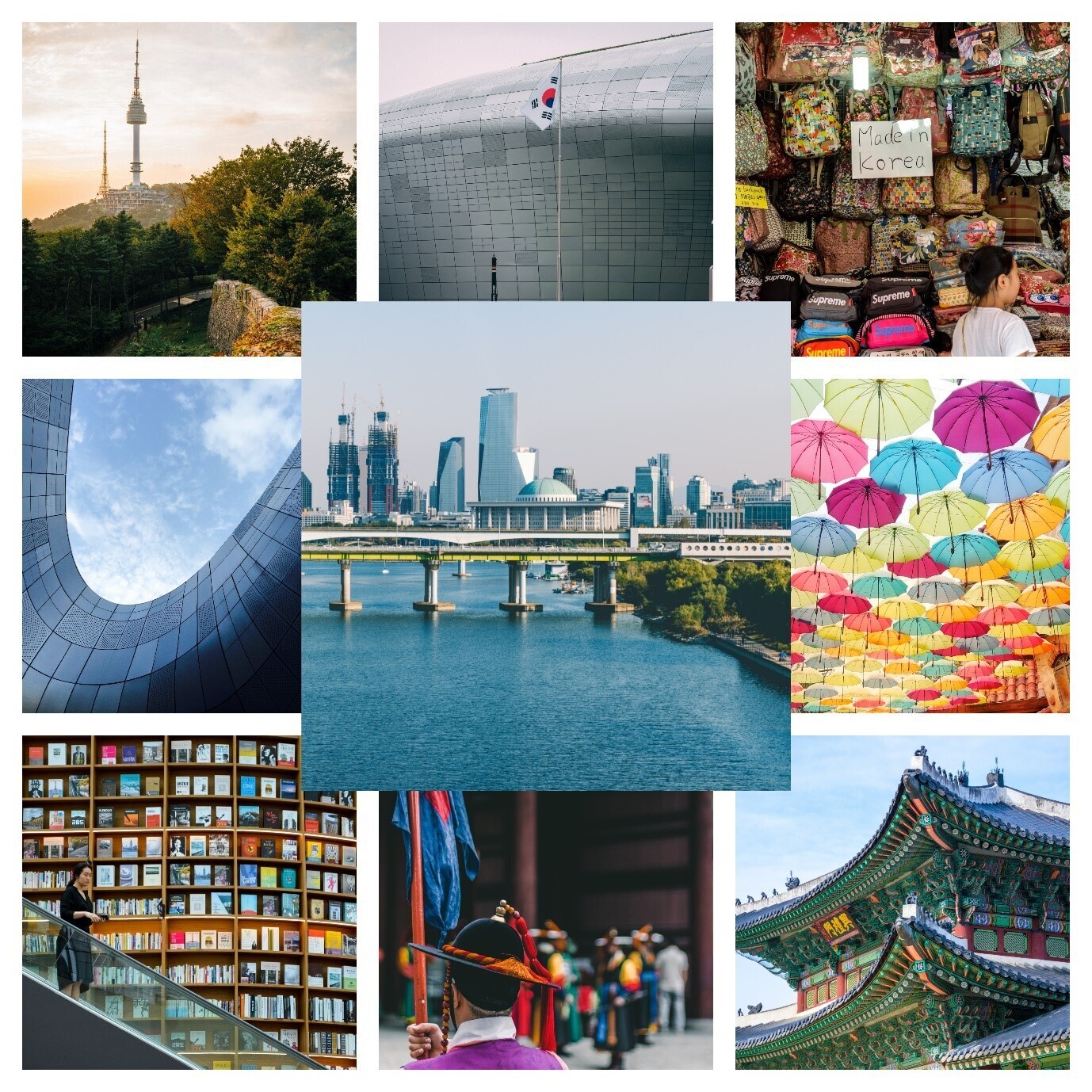 Attractions between past and future.

At the same time there is no lack of modern buildings such as the 237 meters high Seoul Tower, which offers an amazing 360° view of the city, as well as the Dongdaemun Design Plaza, with its sparkly neo futuristic design.

We also recommend a visit at the National Museum and the Museum of Art.

For shopping enthusiasts a visit to the markets Gwangjang and Myeongdong are a must. They are accessible but often quite overcrowded. There are stands and shops where you can buy anything from high fashion to casual wear as well as many Korean cosmetics stores that offer high quality products at affordable prices.

Food, K-pop, robots and TV shows to list only a few Korean specialties.

Time laps of places in Seoul.

What makes you curious about South Korea? Would you like to take a trip there?