Dance artists with disability from Japan

Have you ever thought of disability as a creative force in the dance world? Are you looking for a performance that evokes a "wow" effect? Here are some dancers from Japan creating fascinating arts with their (dis)abilities.

Kenta Kambara was born with spina bifida. He knew of his disability from an early age, but the turning point came when he was in the third grade. In a conversation with his mother, Kenta learned that he would never walk. From then on, he started accepting the fact that he can only do what he can do and that there are things he cannot do. 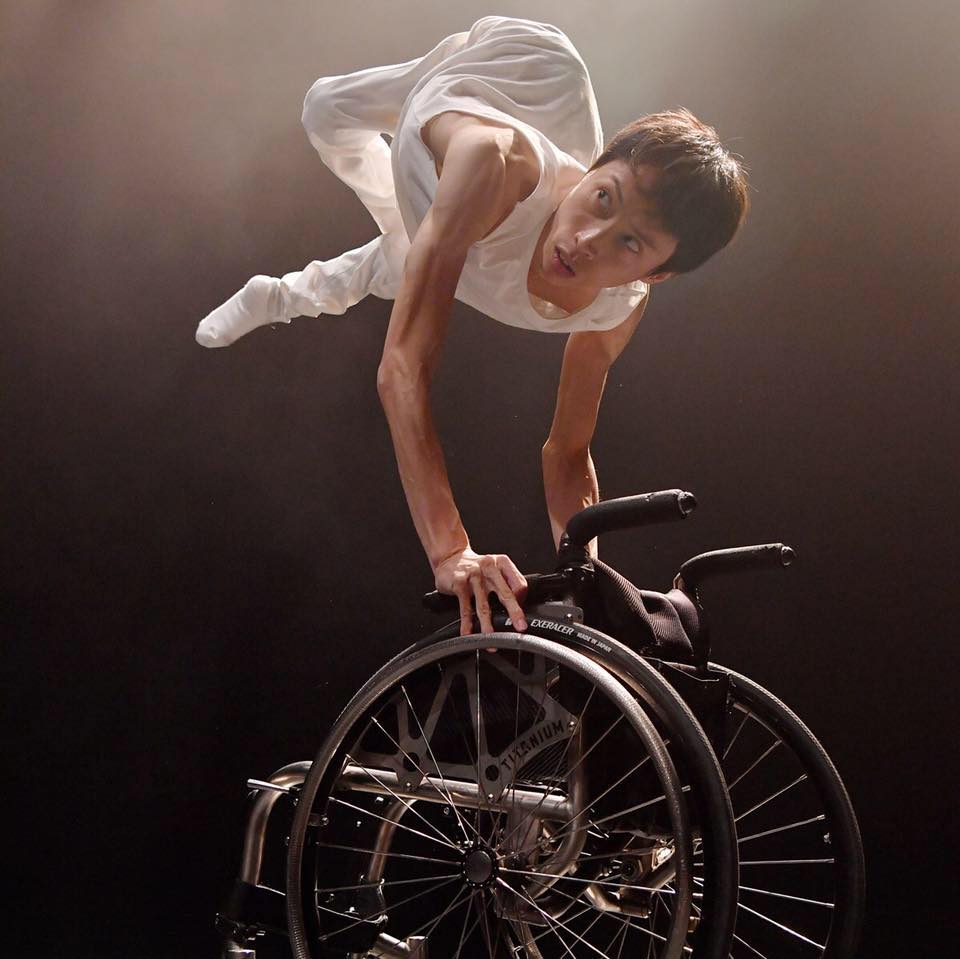 In 2016, just before turning 30, Kenta entered the dance world. He participated in a performance project called "SLOW MOVEMENT", organized by SLOW LABEL. The mission of this organization is to "recuperate a sense of 'slowness' in a society that so often emphasizes productivity, aiming for the realization of a society that has achieved diversity and harmony."

Contrary to some daily activities, Kenta says that in dance, not only are there things he can do but also things only he can do because of his difference. In fact, you can see what he can do in the amazing video below: He swings himself out of his wheelchair and supports all his weight on his two arms. He moves his hands elegantly and elastically and moves down to the floor to continue with his flow. Later, he dissects his wheelchair and spins around on top of it like a whirling Sufi Dervish at the Sema Ceremony … but have a look for yourself:

What makes Kenta's performance even more exceptional is the fact that he has taught himself the whole repertoire. His dream now is to dance at the closing ceremony of the Olympics in Tokyo.

In one interview, he said:

"I want people to understand by seeing me dance that it's precisely because my body is different that it is interesting. Then that will become a trigger to accept other people's differences. I also want them to think, 'Wow, that's cool!'".

Unlike Kenta Kambara, who started dancing later in his life, Koichi Omae graduated from the Osaka University of Arts with a degree in classical ballet and performing arts. In 2003, just as he was hoping to start a bright career as a professional dancer, he was hit by a drunk driver and lost his left leg. 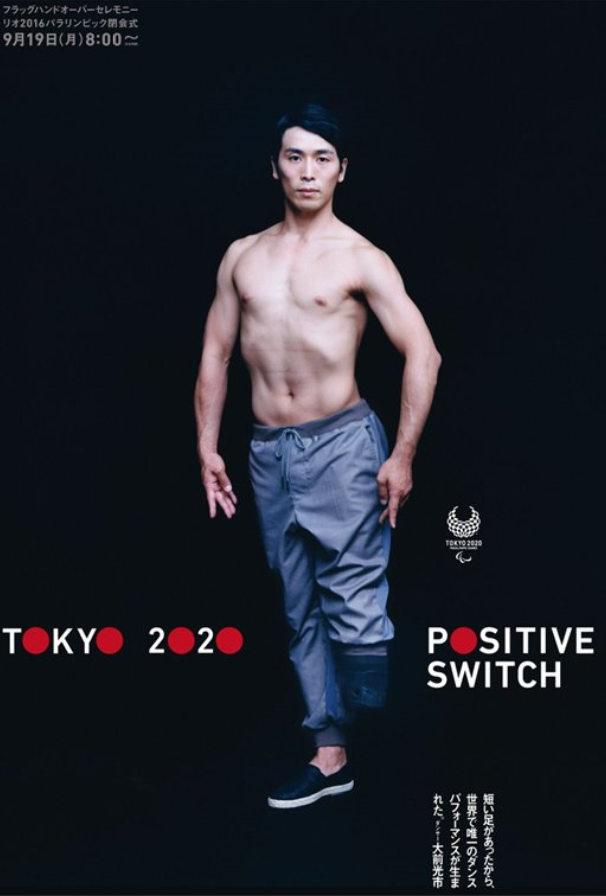 Koichi struggled with his life for the next few years, not being able to give up his dream of becoming a professional dancer with two legs. He auditioned for various dance companies, but got rejected again and again.

A new world opened up for Koichi when he gave up wanting to look like a normal dancer. One day, he danced without his prosthetic leg. At first, he hesitated because he looked so obviously disabled. Yet, there he was with something he could call "his own style". Koichi tried different types of prosthesis, including those shorter than his right leg or even longer. He did some research on anatomy to find out what he can do with his body, and he also looked for other types of dance outside of classical ballet.

Today, Koichi has found his place as a professional amputee dancer. He integrates different elements in his dance, ranging from classical ballet to street dance, jazz dance, traditional Japanese dance, modern dance and many more. Koichi even danced at the closing ceremony of the 2016 Paralympics held in Rio de Janeiro. Here are two of his performances with and without wheelchair:

Butoh is a type of contemporary Japanese dance, born in post-Second World War Japan as a rebel to all the confusions that existed in the society. The full name in Japanese is "Ankoku-Butoh" (暗黒舞踏) and means "dance of the darkness".

It is difficult to define Butoh. According to contemporary-dance.org, one of its central topics is "the search for a representation of the body that would be free of cultural references and open to all metamorphosis". Butoh often features taboo topics, grotesque images and almost nude, white painted bodies in a slow and hyper-controlled motion. The performances usually go against western archetypes of perfection and beauty: Common features are fetal positions, upward rolled eyes, contorted faces, as well as inward rotated legs and feet. 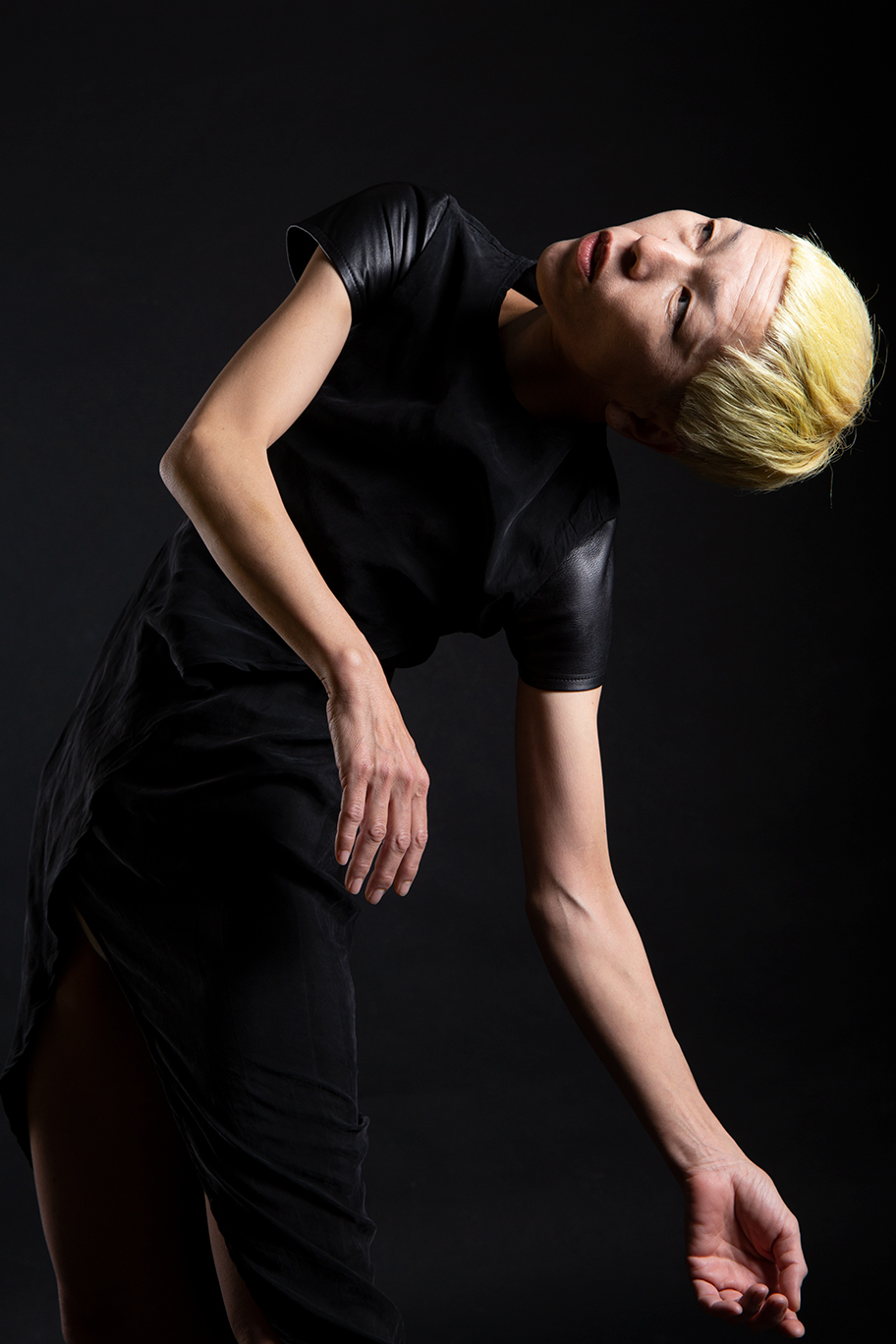 "I wish to turn 'ugliness' to 'beauty,' dysfunction to function, order to out-of-order and then to a new order."

Yuko Kaseki is a Japanese Butoh dancer based in Berlin. She has no disability herself but she has collaborated with various artists with disabilities. She has also choreographed a number of pieces for Theater Thikwa, a famous Berlin-based theater company made up of people with and without disabilities.

In her performance "surnature – anatomie du erdboden" she dances with Roland Walter. He has a spastic tetraplegia with athetosis, i.e., he has involuntary, slow and writhing movements in his hands and feet. Yuko is dancing cha-cha-cha and is "run" by Roland in his high-tech wheelchair, as if he is controlling her. Then they dance together and explore limitations of their body movements until they feel frustrations. Despite the unbalance, they also dance in unison and harmony. Have a look:

What do you think about these performances? Which dance artists with or without wheelchair do you like? Please share with us!