A humorous online video series about an actress on a wheelchair in Hollywood. With a real background.

“I don’t think people with disabilities are seen enough in the media, and instead of waiting on someone else to give me that opportunity, I decided I would do it myself. ” (Teal Sherer)

Teal Sherer is an actress who has been in a wheelchair ever since she was involved in a terrible car accident at the age of 14, leaving her unable to walk. Tired of not having a lot of auditions, she decided to make her own opportunities and thus she created her online series called “My Gimpy Life”. 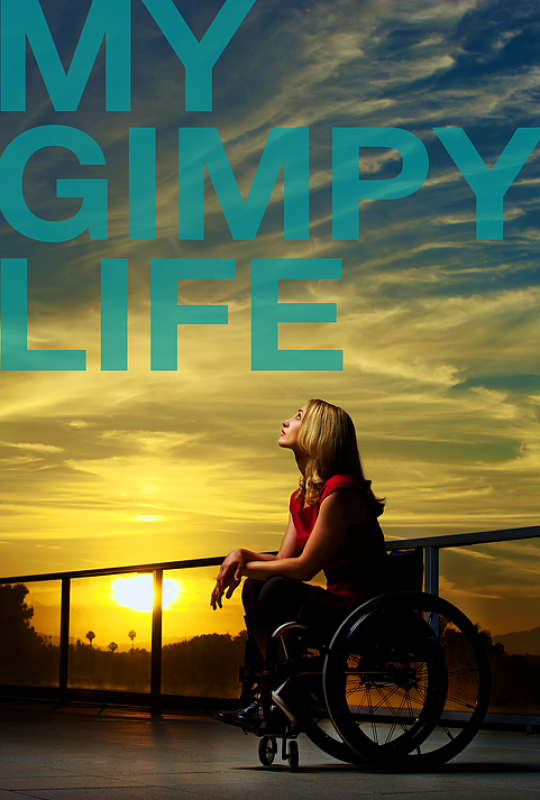 Written by Gabe Uhr and directed by Sean Becker, the stories are based on Teal’s own life, making all the episodes even more enjoyable as first-hand experiences. Through the nine episodes, Teal shares with the public in a humorous way what it is like to be a girl on a wheelchair and makes light of the ups and downs of her journey through Hollywood. The focus of the series is put on the challenges disabled actors face in the entertainment industry: it addresses getting and going to auditions but also other everyday life challenges such as dating and dealing with accessibility problems, always with a comedic touch.

The series had immediately success. It won two International Academy Web Television Awards in 2012 for Best Female Performance (Comedy) and Best Directing (Comedy) and was nominated for other two prizes.

Teal stated that disabled people reacted positively to the series as they could finally connect to a show. Especially for those who recently got injured, it helped them to see that they could still have a good life despite the disability.

On her own website www.tealsherer.com Teal presents herself as an advocate for the inclusion of performers with disabilities in the not so accessible entertainment industry. She criticizes that people with disabilities are discriminated as they are not equally considered for roles that do not involve a disabled character.

From this link to the YouTube channel of My Gimpy Life you can access the complete series. Besides, there are some extra videos and production diaries: https://www.youtube.com/user/MyGimpyLife.

Have you ever heard about the series? What do you think about it? Do you see yourself in some situations?