What is heterotopic ossification?

The soft tissue around the hips is most frequently affected, often on both sides. The shoulders, knees and other joints are also affected, albeit less frequently. If treatment is not started at an early phase, heterotopic ossifications may lead to considerable restrictions in the movement of a joint.

How do you identify a heterotopic ossification?

Clinical symptoms in the development of heterotopic ossifications are swelling, redness, increasing muscle spasms and local pain. Temperatures also often rise slightly in the evening. At the start of the illness, there is a muscle inflammation that calcifies over time. Conventional X-ray images only reveal the late stage of calcification. Therefore, we use magnetic resonance tomography (MRT) for the early diagnosis.

During blood tests, we detect raised inflammation values, as well as an increase in alkaline phosphatase and creatine kinase. This enables us to identify many people who can be treated in time thanks to this diagnosis. Little is known about the cause. Operations and bleeding pose risk factors. These symptoms do not only occur in people with spinal cord injuries; symptoms which are similar, albeit not identical, are observed on rare occasions in able-bodied people following hip operations or major burns. 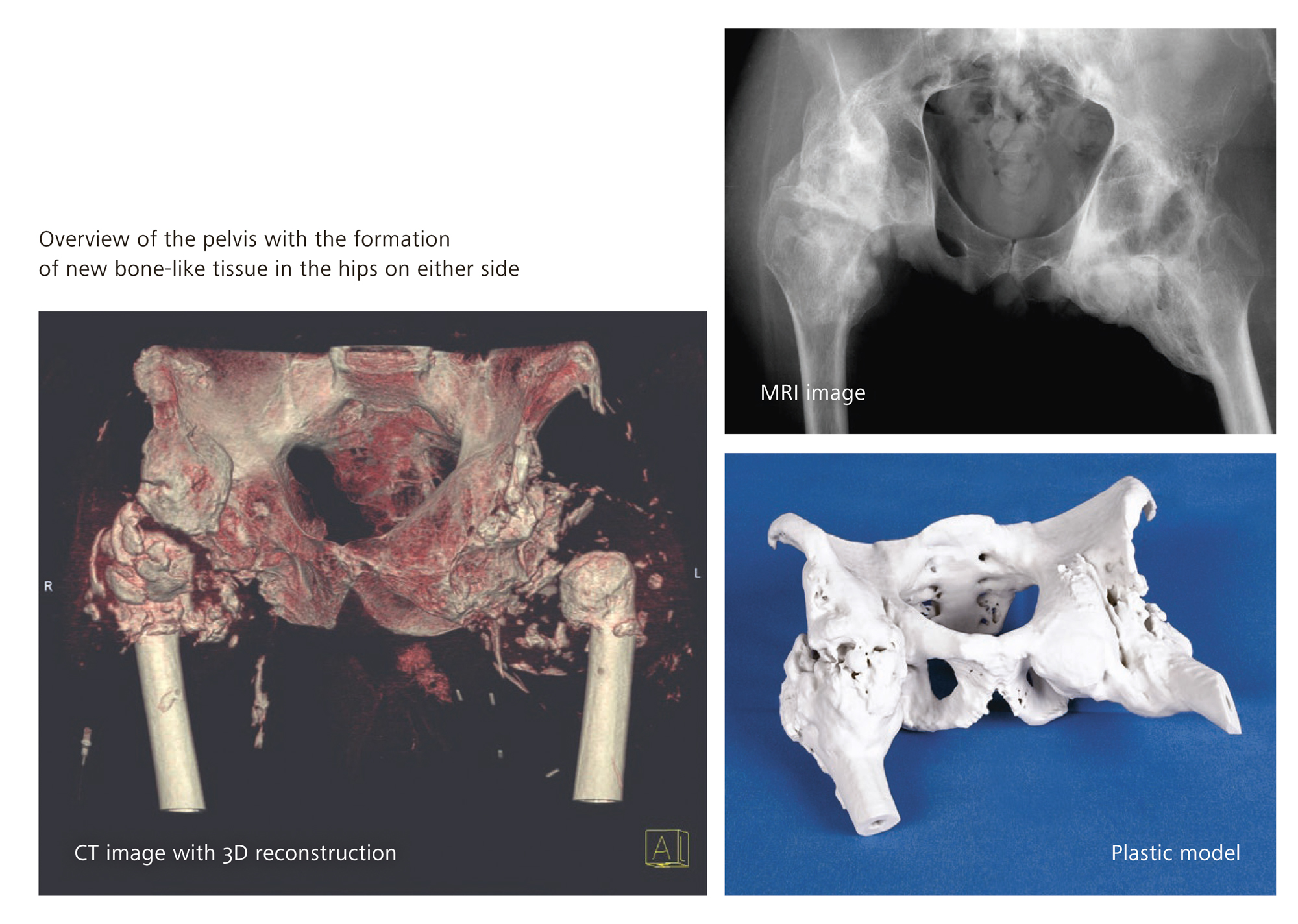 What can be done?

Use blood thinning drugs and anti-inflammatory medications from the group of non-steroidal antirheumatics (such as Voltaren®). The treatment involves administering drugs which are otherwise used to treat osteoporosis (such as zolendronate). This can slow down the progress of the calcifications.

While people with spinal cord injuries may still be moved, excessive forced movement of the affected joint should be avoided. If the mobility of a joint is so restricted that the person is no longer able to sit properly and there is a risk of sores, the calcification must be removed surgically. As surgery itself is known to trigger heterotopic ossification, a relapse is likely to occur (recurrence).