To the delight of all sports enthusiasts, major sports events were finally given the green light this summer with a one-year delay. While the European Football Championship and the Summer Olympic Games are already over, the third major sports event of the year is about to start on August 24, 2021: the Paralympic Summer Games 2020 in Tokyo.

When two weeks later, on September 5, the Games are over, the 4400 athletes competing during the 540 competitions in 22 disciplines will have shed a lot of sweat and hopefully also some tears of happiness. Here you’ll find out what you can look forward to and in which disciplines the Swiss delegation is going to compete.

Swiss delegation at the opening ceremony of the last Paralympics in Rio 2016. (Source: https://www.paralympic.org)

“Paralympics”: a word with two meanings

The word “Paralympics” is a combination of the Greek prefix pará (beside, next to) and Olympics and can be read in two ways. One the one hand, para is often understood as abbreviation for paraplegic, so people think of the Olympic Games for athletes with disabilities. The “official” understanding, however, is that the prefix para indicates that both Olympic Games take place simultaneously or parallelly – people pay less attention on disability.

Although the first Summer Paralympics already took place in 1960 in Rome, it took many years until they finally attracted media and public attention. The Paralympics coverage saw a strong momentum in 2012 in London due to the establishment of digital media. Also in 2016 in Rio de Janeiro more people than ever before watched the Paralympics and the media coverage reached new highs.

Hopefully this trend will continue, so that the Paralympics can finally emerge from the shadow of their big sister. It is long overdue that they are finally perceived as equal tournament with equal elite athletes, instead of being seen as athletic sideshow.

This year, again, the Paralympics by far do not attract the same media attention as the Olympics. However, there is rather comprehensive coverage in the UK and U.S. You can watch the opening ceremony on August 24 at 12 noon BST (7am EST, 4am PDT) live on Channel 4 (UK) or on NBCSN (U.S.). You’ll find an overview of all Paralympics broadcasts on Channel 4 and More 4 here and on NBC, NBCSN and Olympic Channel here.

What’s on the Paralympic schedule this year? 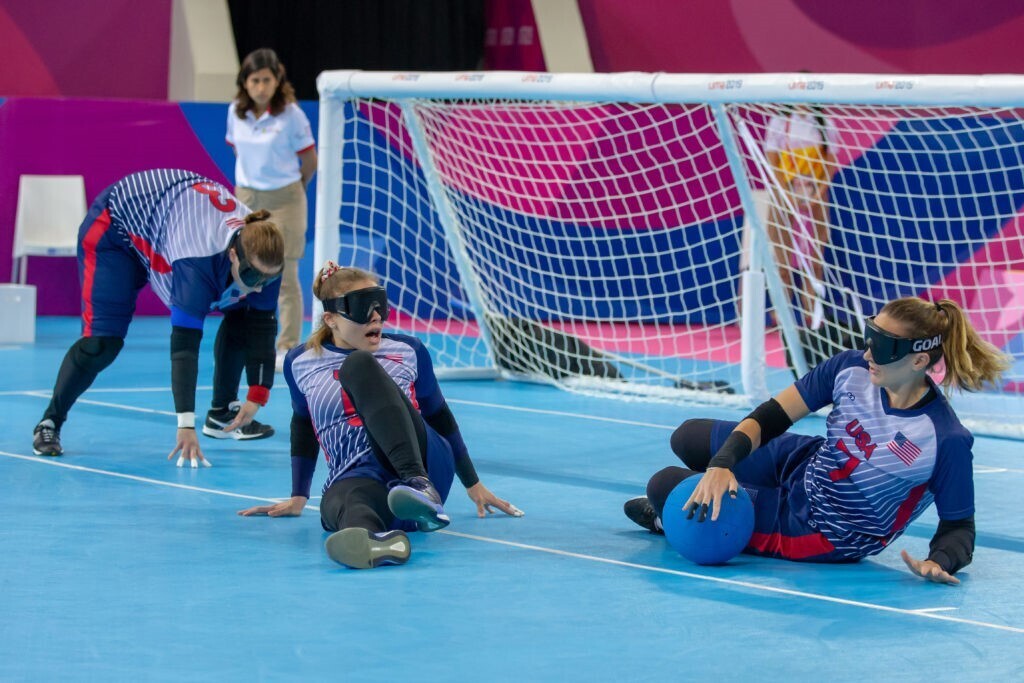 Goalball, one of the 22 Paralympic disciplines. (Source: https://www.usaba.org)

This year’s schedule comes with several novelties. For example, CP football and sailing were removed from the list and replaced by badminton and taekwondo. Altogether, 4400 athletes will compete in 540 competitions in 22 disciplines. Besides more famous para sports, such as athletics and cycling, also less famous but not less fascinating disciplines, such as wheelchair rugby, Goalball or blind football are on the agenda.

The blind football match between Turkey and Brazil at the 2012 Paralympics in London.

Here you’ll find the schedule for all disciplines. If you are only interested in the Swiss athletes or disciplines with Swiss participation, you can compile your personal program under this link.

At the last Paralympics 2016 in Rio, the Swiss delegation won five medals: two gold medals, two silver medals and one bronze medal. Roger Getzmann, Head of Competitions of Swiss Paralympic, is optimistic that the athletes will be as successful in Tokyo - although the competitive pressure is getting stronger and stronger due to the increasing professionalization of para sports. Swiss hopes are pinned on these 13 female and 8 male athletes representing their country in the following eight disciplines: athletics (8 athletes), cycling (5), swimming (2), badminton (2), tennis (1), table tennis (1), sport shooting (1) and dressage (1). 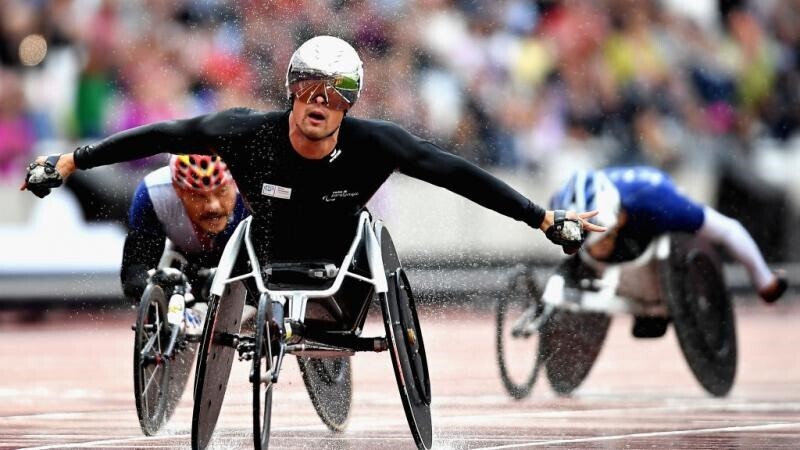 Will he manage to win a gold medal again this year? Swiss hopes are pinned on Marcel Hug. (Source: https://www.paralympic.org)

Highly promising potential medal winners are 18-year-old top candidate in swimming Nora Meister and the experienced wheelchair athletics athletes Manuela Schär and Marcel Hug. Nora Meister won two gold and one silver medal at this year’s European Para Swimming Championships in Funchal. Additionally, she set a new world record in the women’s 400m freestyle. Yet, she remains humble with regard to the upcoming Games and first of all hopes to “make great and unique experiences and collect memories”. 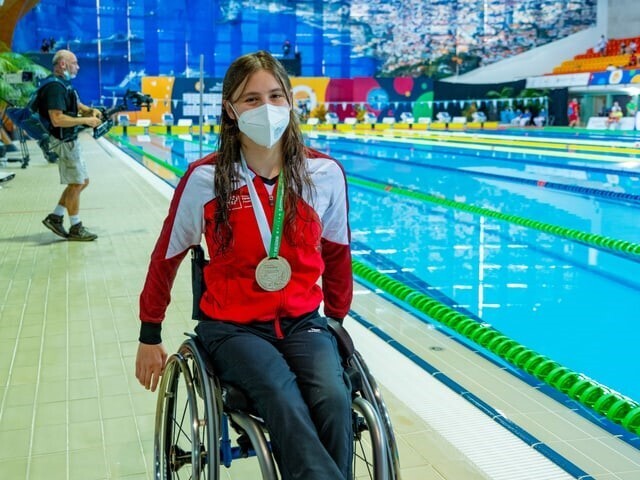 Also Manuela Schär has every reason to hope for a medal - although she wasn’t too fortunate at the last Paralympics. At the 2004 and 2008 Games she won a silver and two bronze medals over the short distances. But in 2012 and 2016 - after having switched to middle and long distances - she failed to win a Paralympic medal.

But this is made up for by Manuela‘s incredible successes after the last Paralympics: in 2018 and 2019 she set new world records over 800, 5000, 10000 meters and marathon distance. And she was the first athlete to win the Grand Slam of the six most important marathon races in a row. Also at the final rehearsal for Tokyo, the ParAthletics in Nottwil in May 2021, she dominated the competition. Chances are high that she will climb the podium again this year at the Paralympics.

Marcel Hug will also participate in the Paralympic Games for the fifth time this year. Altogether he has won eight Olympic medals so far. Amongst others he won gold medals over 800 meters and marathon distance, as well as silver medals over 1500 and 5000 meters in Rio in 2016. Reason enough to dream of winning a medal again this year. For the first time, he will compete in his Swiss wheelchair model OT FOXX, “the world’s fastest racing wheelchair”.

Marcel Hugs victory over 800 meters at the 2016 Paralympics in Rio.

Last but not least, one man should be mentioned who might no longer continue to be among the top favorites, but whose participation is a very special story itself: Heinz Frei. He is now 63 years old (!) and thanks to his present performances, he managed to qualify for the Games again. Tokyo will be his 10th (!!) Summer Paralympics. Altogether he won 15 gold medals (!!!) in Summer and Winter Games in three different Olympic sports: athletics, handbike and cross-country skiing, plus 14 world championship titles and 112 marathon victories. And until today, he still holds the wheelchair marathon world record set in Japan in 1999. Truly a living legend, now competing in Olympic Games for the last time - although one can never be sure of that when talking about Heinz Frei. 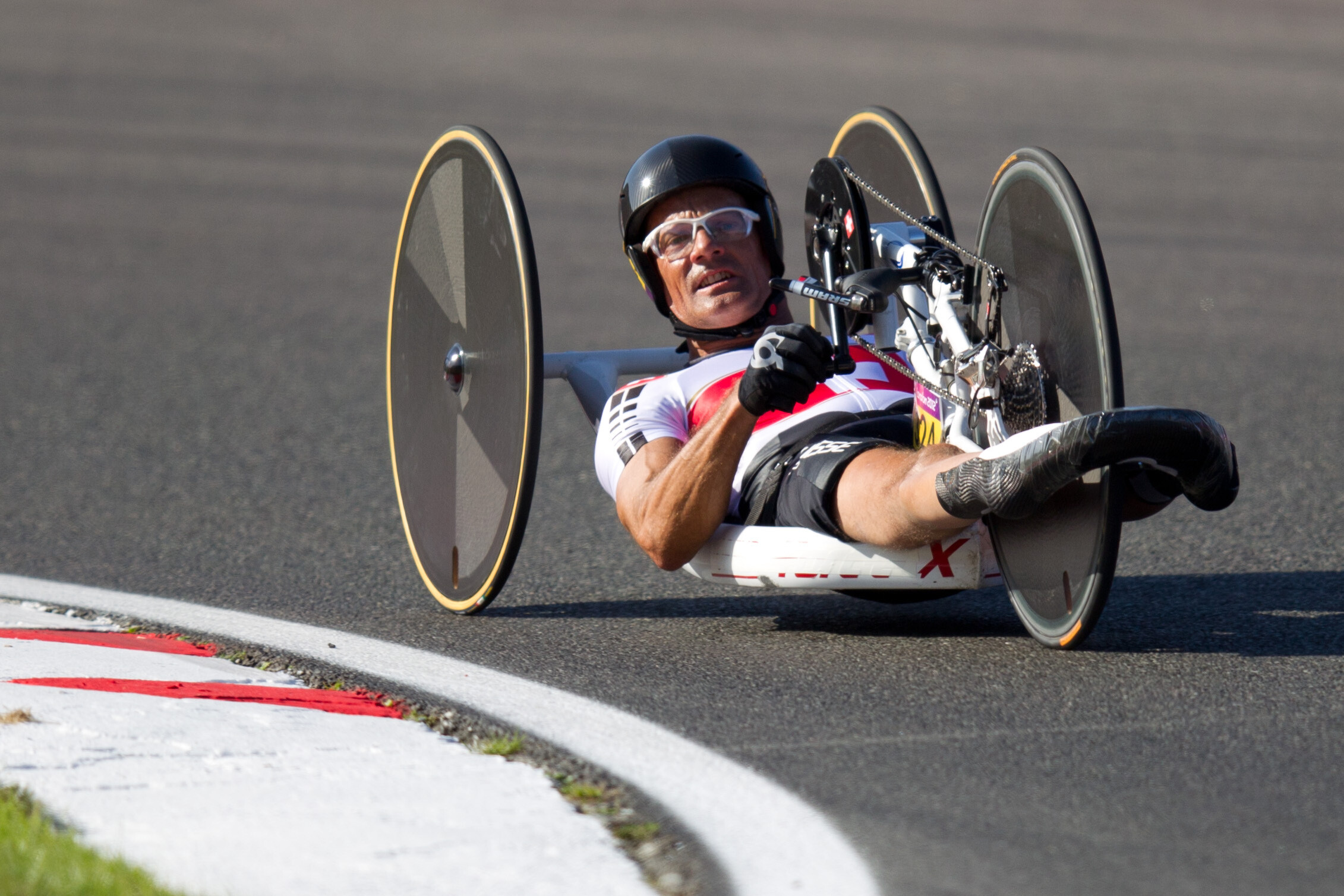 Heinz Frei, one of the greatest Paralympics athletes ever. (Source: https://www.swissparalympic.ch)

Will Nora, Manuela or Marcel really climb the podium? And who of the other 17 athletes will win a medal? We are excited! In any case, fascinating competitions and interesting reports by Jahn Graf are guaranteed. We are looking forward to the next two weeks ahead, full of spectacular sporting events!