Which exercises do researchers suggest for people with SCI?

The organization Exercise and sports science Australia (ESSA) published evidence-based recommendations for the development of safe and effective exercise programs for adults with chronic SCI.

More than 2 million people worldwide live with a spinal cord injury (SCI). It is most commonly prevalent in males aged 18-32, people over the age of 65, and in developed countries with aging populations. SCI affects functioning at the level of body systems (e.g., cardiovascular and respiratory systems), person (e.g., walking and lifting), and society (e.g., employment and sports participation).

Unfortunately, evidence indicates that many people with SCI are profoundly inactive. This inactivity increases their risk of preventable diseases. Doing regular exercise reduces the risk and can enhance functional independence and participation in daily activities. But how much exercise is actually effective?

ESSA published a so-called position statement. Its goal was to provide health professionals with evidence-based recommendations to develop safe and effective exercise programs for adults with chronic SCI (i.e., at least six months after the injury).

The statement focuses on exercise for people who use hand-rim propelled wheelchairs. Much of the information provided is also relevant to people with SCI who have more severe activity limitations (who use a power wheelchair) as well as less severe (who are able to walk). The focus is on exercise using voluntary active muscles rather than assistive technology (such as body weight supported treadmill training or functional electrical stimulation).

The researchers state that the following points should be considered when developing exercise programs for people with SCI: 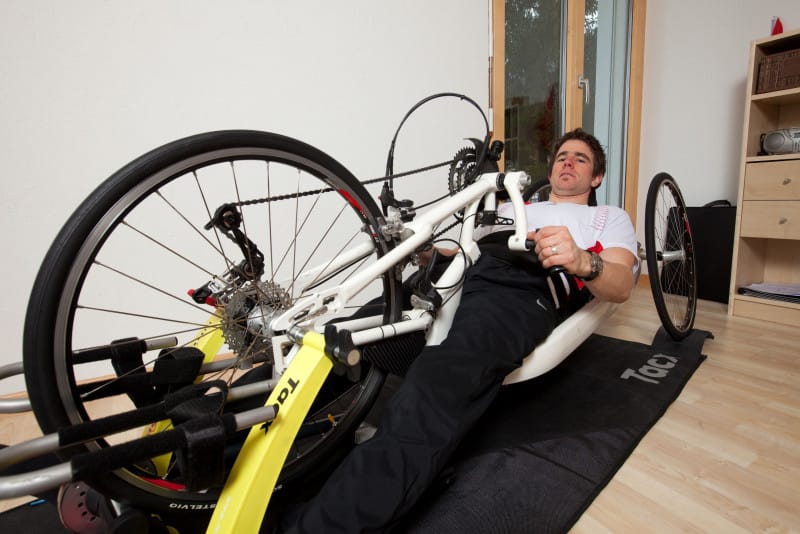 Many people with SCI are unable to engage in lower-limb exercises and must use upper-limb such as wheelchair pushing and arm-crank. Unfortunately, upper-limb exercise produces a considerably lower cardiovascular response compared to lower-limb. Besides, in tetraplegia reduced muscle mass and decreased respiratory function significantly reduces exercise capacity compared with paraplegia.

The risk of morbidity and mortality is likely to be significantly higher in people with SCI who complete only 40 minutes per week of moderate intensity aerobic activity (as recommended in other guidelines) compared to those who complete 150 minutes per week (as recommended in this position statement – see table below). With 150 minutes, the risk is much closer to the level of risk considered acceptable for the general population. In detail, the recommendations are: 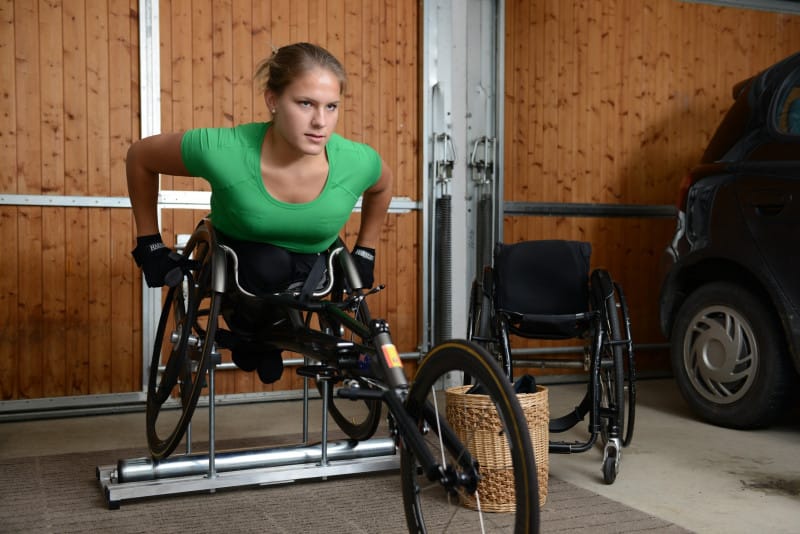 When providing exercise guidelines for people with SCI, practitioners should also consider aspects like SCI etiology, time since injury, muscular paralysis, tenodesis grip, autonomic dysreflexia, orthostatic hypotension, thermoregulatory function, sensory impairment, and spasticity. By initial screening for these aspects the safety and effectiveness of exercise programs can be enhanced.

The recommended exercise guidelines may be aspirational for inactive people with SCI. Therefore, practitioners should stratify individuals into “beginning”, “intermediate”, and “advanced”. Tailoring programs accordingly will help them to apply recommendations appropriately in clinic practice.

Who conducted the study?

The scientific article was an official position statement by the organization Exercise & Sports Science Australia, located in Ascot in Queensland. The main researchers contributing were from the University of Queensland in Australia and KU Leuven in Belgium. One of the researchers was from the Swiss Paraplegic Centre in Nottwil, Switzerland.